R.I.P. (with additions from the world of dance) 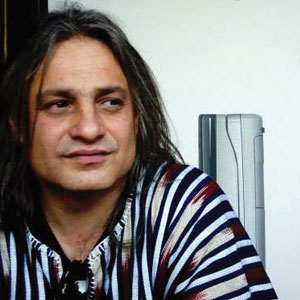 Khabar offers a look at a selection of notable Indians who died in 2012. Rest in Peace.

WHO: AMIT SAIGAL
WHEN he died: January 5, 2012 (Year of Birth: 1965)
WHAT: Dubbed Papa Rock, he helped to popularize India’s indie music scene after launching Rock Street Journal in 1993. Himself a musician in the ’80s with the band Impact, Saigal promoted the careers of many rockers. He died while swimming in Goa.
WORTHY quote: “Amit Saigal is known today as the man who fronted the seeding, budding, growth, and development of the Indian independent music scene in India. He was much respected and revered for that...He might have got several things wrong but he made several musicians in India believe that it was possible.” —Raghu Dixit (The Economic Times) 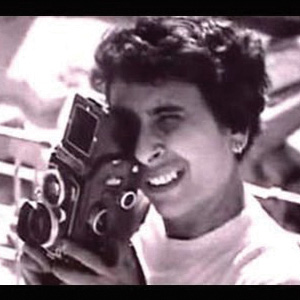 WHO: HOMAI VYRAWALLA
WHEN she died: January 15, 2012 (Year of Birth: 1913)
WHAT: As India’s first woman photojournalist, she took pictures of Indian and world leaders. Nehru was her favorite—and frequent—subject, and she narrowly missed capturing Gandhi’s assassination on camera. Awarded the Padma Vibhushan in 2011.
WORTHY quote: “As a woman she put up with condescension, but she also attracted friendly notice, especially from Nehru, who admired her persistence and ingenuity. And she had the advantage over male colleagues of being able to approach and interact with female subjects with relative ease.”—Holland Cotter (The New York Times) 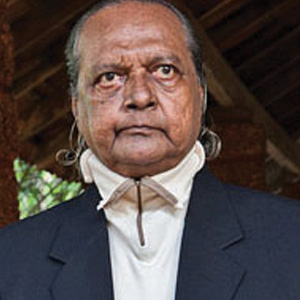 WHO: ANTHONY PRABHU GONSALVES
WHEN he died: January 18, 2012 (Year of Birth: 1927)
WHAT: A pioneering Goan composer who fused Western and Indian classical forms in works like “Sonatina Indiana” and “Symphony Raga Multani,” he found greater success as a Bollywood musician. A documentary about him won a special jury award at the International Film Festival of India.
WORTHY quote: “The famous song “My name is Anthony Gonsalves,” from the film Amar Akbar Anthony was Pyarelal’s tribute to Gonsalves. Gonsalves began his career with Bombay Talkies in 1943....In the year 1958, he founded a 110-musician-strong Indian Symphony Orchestra featuring Lata Mangeshkar and Manna Dey as soloists.”—Aaron Pereira (Hindustan Times) 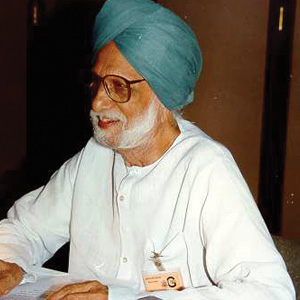 WHO: KARTAR SINGH DUGGAL
WHEN he died: January 26, 2012 (Year of Birth: 1917)
WHAT: A leading figure in Punjabi literature for decades, he won the Padma Bhushan and the Sahitya Akademi Award. Known for his versatility, he also wrote in English, Urdu, and Hindi, and tackled various genres and themes, including the partition of India.
WORTHY quote: “And so a friendship that had lasted 72 years came to an end....According to Vandana Shukla of The Tribune, he produced 25 volumes of short stories, 13 novels, 15 plays, eight volumes of poetry, two autobiographies, and nine volumes of criticism. I don’t think any living Indian could match his record.”—Khushwant Singh (The Tribune) 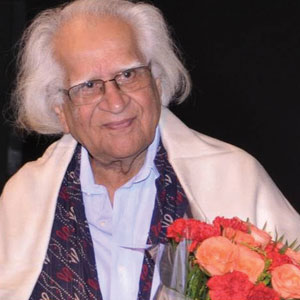 WHO: ABID HUSSAIN
WHEN he died: June 21, 2012 (Year of Birth: 1926)
WHAT: A diplomat, economist, civil servant, and courtly Hyderabadi, he served as the Indian envoy in Washington when India was beginning to dismantle its license-permit raj. The Padma Bhushan winner was also on the planning commission for half a decade.
WORTHY quote: “He used to tell me: ‘Young man, take your work seriously but don’t take yourself too seriously.’... Once I told him: ‘Sir, if I was ever chairing one of your speeches, I would begin by saying Abid Hussain needs no introduction but badly needs a conclusion.’ He laughed uproariously and would often repeat that line in public....”—Jairam Ramesh (Business Standard) 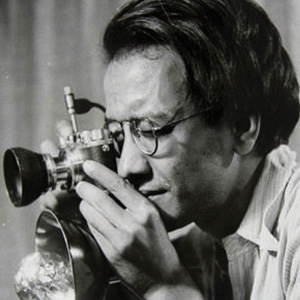 WHO: SUNIL JANAH
WHEN he died: June 21, 2012 (Year of Birth: 1918)
WHAT: His haunting images of the 1943 Bengal famine brought acclaim, and in a distinguished career lasting decades, he photographed peasants, coal miners, tea workers, and other laborers, along with the leaders of the day. He won the Padma Bhushan last year.
WORTHY quote: “An interesting feature of many of his photographs is Janah’s use of vantage point, of photographing from below to create a sense of the heroic....He photographed upwards because he had to hold his Rolleiflex at waist-level; at the same time, the angle of vision created the imposing composition that he wanted.”— V. K. Ramachandran (Frontline magazine) 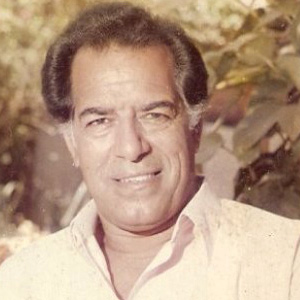 WHO: DARA SINGH
WHEN he died: July 12, 2012 (Year of Birth: 1928)
WHAT: Before gaining fame as an actor for his role as Hanuman in the TV serial Ramayana, Singh won renown as a wrestler, becoming the Commonwealth champion in 1959 and the world champion in 1968. He was the first sportsman to serve in India’s Rajya Sabha (Upper House).
WORTHY quote: “In some 500 fights as a professional wrestler, he remained unbeaten. In 1952 Singh starred in his first film, Sangdil, and he went on to appear in more than 115 films, both Hindi and Punjabi. He was said to have started the practice, now something of a cliché in Bollywood films, of the hero removing his shirt to reveal finely-toned pectorals.” —The Telegraph (U.K.) 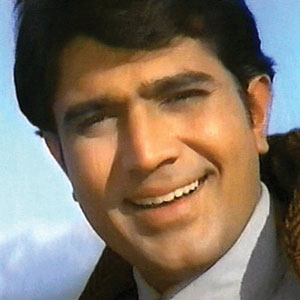 WHO: RAJESH KHANNA
WHEN he died: July 18, 2012 (Year of Birth: 1942)
WHAT: Dubbed India’s first Hindi movie superstar, he had a remarkable run as a romantic hero in 15 consecutive hits, before the action hero of the ’70s (Amitabh Bachchan) dislodged him from the top spot. Khanna’s first success was Aradhana.
WORTHY quote: “Some of his major hits included Do Raaste, Safar, and most notably Anand, in which he portrayed one of his most critically acclaimed roles as a dying cancer patient. The recipient of numerous awards, the actor won the prestigious Filmfare best actor award thrice in addition to receiving a lifetime achievement award in 2005.”—Nyay Bhushan ( The Hollywood Reporter) 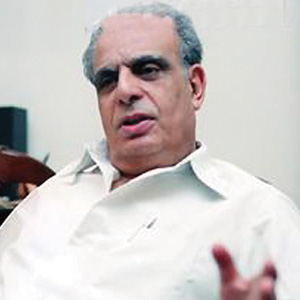 WHO: P. N. DHAR
WHEN he died: July 19, 2012 (Year of Birth: 1919)
WHAT: A distinguished economist, he taught at Delhi University and served as Indira Gandhi’s Principal Secretary. Dhar was considered one of the more reasonable members of her inner circle during the Emergency in the ’70s. He got the Padma Vibhushan in 2008.
WORTHY quote: “He was in PMO (Prime Minister’s Office) when India conducted its first nuclear test and took over Sikkim. He was earlier associated with the founding of the Delhi School of Economics. Dhar sahib, as he was affectionately known, had a happy married life, his wife, Shiela, being a well-known classical singer and writer.”—B. G. Verghese (The Hindu) 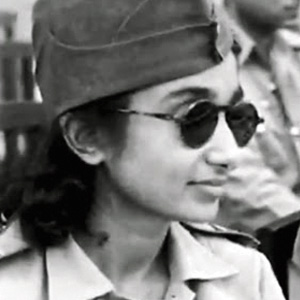 WHO: LAKSHMI SAHGAL
WHEN she died: July 23, 2012 (Year of Birth: 1914)
WHAT: Born Lakshmi Swaminathan, she got her medical degree in 1938 and opened a clinic for Indian laborers in Singapore. She was famous for setting up the all-women Rani of Jhansi regiment for Bose’s Indian National Army during the independence movement.
WORTHY quote: “Despite health problems, Lakshmi used to attend to patients at her clinic in the Civil Lines area of the city besides taking part in social and political activities. Her selfless work with the needy brought her much acclaim—she was honored with many awards, including the Padma Vibhushan, the second highest civilian award, in 1998.”—Faiz Rahman Siddiqui (The Times of India) 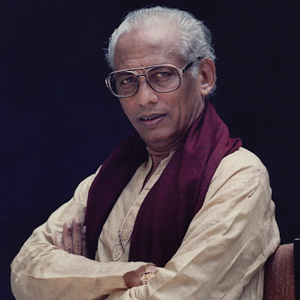 WHO: VEMPATI CHINNA SATYAM
WHEN he died: July 29, 2012 (Year of Birth: 1929)
WHAT: Padma Bhushan-winning Satyam was a leading exponent of Kuchipudi, which is named after his native village in Andhra Pradesh. It was largely because of his pioneering work that this drama-centered dance gained wide recognition as a classical art.
WORTHY quote: “Famous actors like Hema Malini, Vyjayanthimala, and Chandrakala often requested him to choreograph their dances. And though they were originally groomed in Bharatanatyam, they were trained in Kuchipudi by him....Dr. Satyam was devoted to propagating Kuchipudi in every possible part of the world.”—Amar Tejaswi (The Asian Age) 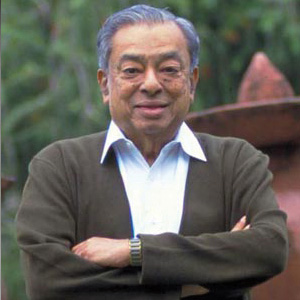 WHO: VERGHESE KURIEN
WHEN he died: September 9, 2012 (Year of Birth: 1921)
WHAT: The ‘Amul’ man didn’t drink milk but was responsible for the White Revolution that turned India into the world’s largest milk producer through a national dairy cooperative movement. He won the Padma Vibhushan and the Ramon Magsaysay Award.
WORTHY quote: “Kurien’s decision to stay and help the small group of farmers, struggling to get a fair price for their milk against a local cartel of middlemen, has become the stuff of legend. One of his first undertakings was to persuade the farmers to invest in pasteurization equipment to allow their product to be sold further afield.”—Andrew Buncombe (The Independent) 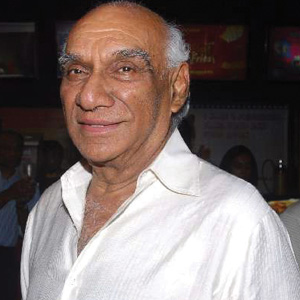 WHO: YASH CHOPRA
WHEN he died: October 21, 2012 (Year of Birth: 1932)
WHAT: In a five-decade run, the King of Romance propelled the careers of many actors, including those of superstars Amitabh Bachchan (Deewar in the ’70s) and Shah Rukh Khan (Daar in the ’90s). His films made Switzerland famous for its Bollywood settings.
WORTHY quote: “Although he began his career making different kinds of films, Chopra is today known mostly for the romantic films like Silsila, Chandni, and Dilwale Duhania Le Jayenge.... Chopra has won several film awards, including six National Film Awards and eleven Filmfare awards including four Filmfare Awards for Best Director.”—Press Trust of India 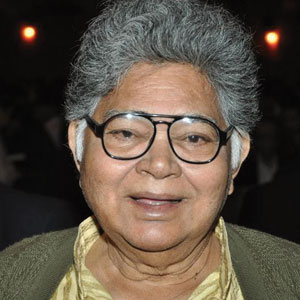 WHO: SUNIL GANGOPADHYAY
WHEN he died: October 23, 2012 (Year of Birth: 1934)
WHAT: Renowned in West Bengal and Bangladesh, he was widely translated into other languages, making him an eminent literary figure in India. Founded Krittibas, a poetry journal. Satyajit Ray adapted his work for film. He recently headed the Sahitya Akademi.
WORTHY quote: “Author of over 200 books, Gangopadhyay excelled in different genres but declared poetry to be his ‘first love.’ His Neera series of poems are popular. Gangopadhyay also excelled in short story, novels, travelogues and children’s fiction. He had won the Sahitya Akademi Award, Ananda Puraskar and the Hindu Literary Prize.”—Firstpost 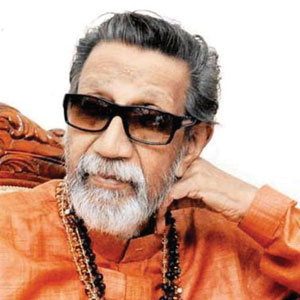 WHO: BAL THACKERAY
WHEN he died: November 17, 2012 (Year of Birth: 1926)
WHAT: He started as a cartoonist but gained notoriety as the supremo of Shiv Sena, known for divisive communal politics in Mumbai. Charismatic but xenophobic, Thackeray was described by Suketu Mehta as a cross between Chaplin’s ‘Great Dictator’ and Pat Buchanan.
WORTHY quote: “Mr Thackeray was known for his opposition to domestic and foreign migrants, which was directly at odds with the reality of India’s cosmopolitan business capital, and his tight grip on Mumbai, particularly during the 1980s and 1990s.Bollywood stars, politicians, and tycoons were said to visit him and touch his feet, acknowledging their need for his approval.”— The Economist

Obituaries of dancers and those involved with dance--
for 2012: http://www.narthaki.com/info/obits12.html --

Many of these are beautifully written and/or fascinating,