Stephen: The Other Alter 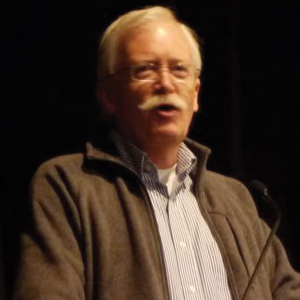 Tom Alter is well known to Bollywood fans, given his decades-long career as a film actor. Stephen Alter, a first cousin who also grew up in India, has a lower profile—but he gained attention over the years for his fiction and nonfiction, and he plays the lead role in an annual literary festival that’s now in its sixth year. Called the Mussoorie Writers’ Mountain Festival (MWMF), it’s held in the first week of November at the famed Woodstock School in Uttarkhand. Sure, this is not the Jaipur Literature Festival. But though MWMF doesn’t have the cachet—and visibility—of JLF, it is well regarded by the literati, attracting writers like Ruskin Bond, Kiran Desai, Allan Sealy, and Bill Aitken. Not to mention, the setting is a picturesque Himalayan hill station. William Dalrymple will attend this year, among others, and there will be a display of Tibetan Kantha paintings and a performance by a Shillong-based rock group. Also on the agenda is the premiere of Mussoorie Stories, a film directed by Neela Venkatram.

Stephen Alter has traveled from Amritsar to Lahore and up the Ganges for his travelogues; his other works include a memoir titled All the Way to Heaven, which is about his boyhood in the Himalayan region. While Tom’s parents were missionaries, Stephen’s father was the principal of Woodstock School. The lives of the Alter cousins intersected professionally, not just personally, going by another nonfiction book penned by Stephen. It’s called Fantasies of a Bollywood Love Thief: Inside the World of Indian Moviemaking.