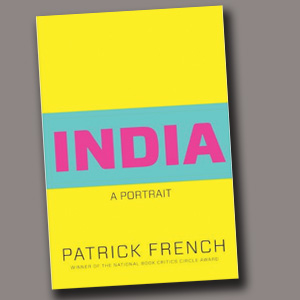 Favoritism has been around as long as families have existed. In India, the movie industry and the business world—but also professions like law and medicine—are hospitable to the rise of sons (and daughters). Talent may count, but pedigree often takes precedence. Even a Bollywood film like Luck by Chance—in which young actors seek to succeed through meritocracy rather than family connections—is ironic. As Patrick French notes in his new book, India: A Portrait (Knopf), the film’s co-stars, Farhan Akhtar and Konkona Sen Sharma, have parents who are famous in Indian cinema.

Nowhere is this India Family Inc. more prevalent than in politics. The Nehru-Gandhi dynasty is only the most prominent example. French decided to research the phenomenon with a little help from an Indian reporter and a quant analyst who crunched the numbers. He found that 28.6 percent of the 545 members in the 15th Lok Sabha (Lower House) had a hereditary connection. Unsurprisingly, the Congress Party had the highest proportion of MPs (37.5 percent) through a family connection.

If these numbers don’t seem too impressive, here’s another finding: When it came to younger MPs (under age 30), every member had in effect inherited a seat. This was so astonishing that French dubbed them HMPs (Hereditary Members of Parliament). Over 66 percent of the 66 MPs under age 40 were found to be HMPs. Moreover, being relatively young, many HMPs were expected to serve for a long time. “If the trend continued, it was possible that most members of the Indian Parliament would be there by heredity alone, and the nation would be back to where it had started before the freedom struggle, with rule by a hereditary monarch and assorted Indian princelings,” French writes.