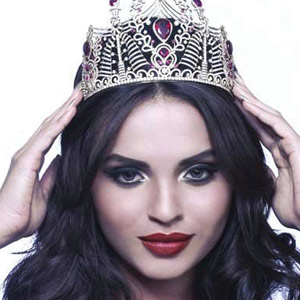 Nina Davuluri passed on the Miss America crown to the new winner, Kira Kazantsev, also of New York—but for anybody keeping track of beauty pageants, an Indian contestant is still in the news this year. No, it’s not Lucy Edwards, who as Miss Vermont was the sole Indian-American at the 2015 Miss America pageant in Atlantic City, New Jersey. Edwards, who joined 52 other participants, didn’t make it to the top 16, although she did win a STEM scholarship award.

The contestant we’re referring to here is Gail Nicole Da Silva, a Goan beauty who took the second spot in a recent beauty pageant featuring young women from around the world. Called Miss United Continent, this pageant was earlier known as Miss American Continent and was restricted to North and South American contestants. It was opened up to all countries last year—and in the first pageant, Purva Rana of India was the second runner-up. Carolina Aguirre won the title in 2013, and she passed on the crown to the new winner, Giesha Montes De Oca of the Dominican Republic.