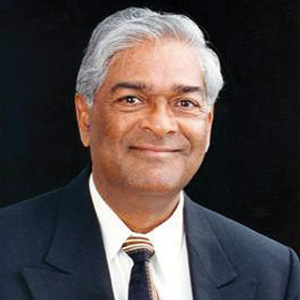 Dr. Sanjaya Rajaram, winner of this year’s $250,000 World Food Prize, is a citizen of Mexico, not India or the U.S. But, yes, he was born in India, where he grew up and studied before doing his Ph.D. in plant breeding at the University of Sydney. His mentor was the father of the Green Revolution, Dr. Norman Borlaug, in whose honor this prize was established in 1986. In 1969, Rajaram joined the International Maize and Wheat Improvement Center in Mexico, where he worked with Borlaug and then took over as the institute’s head in the early ’70s.

Rajaram has developed over 480 high-yielding wheat varieties that have been used in over 140 million acres spread across more than 50 nations. By crossing spring and winter varieties, which led to greater productivity throughout the year in diverse environments, Rajaram was able to increase wheat production by over 200 million tons.