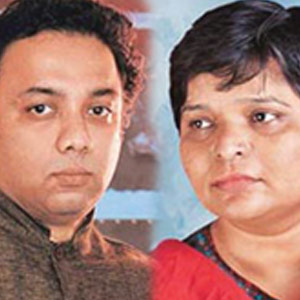 Nileema Mishra, who won a Ramon Magsaysay Award recently, had told her friends that instead of marrying and starting a family she would devote herself to helping her fellow villagers. Just 13 when she made that decision, Mishra hasn’t wavered from it.

Among the six recipients of this year’s so-called Asian Nobel Prize, Harish Hande was the other Indian.

After obtaining a master’s in clinical psychology, Mishra returned to her village in Maharashtra and set up BNGVN (Bhagini Nivedita Gramin Vigyan Niketan), with the intention of assisting women of all communities at the local level. It didn’t take long to include the needs of men and children. And take BNGVN to other villages. Starting with 14 women, Mishra took less than a decade to expand BNGVN to include 1800 self-help groups across 200 villages in her home state. Some initiatives: building communal toilets, extending microloans, and helping famers with land cultivation.

Bangalore-based Hande has a PhD in energy engineering from the University of
Massachusetts. He could have easily opted for a lucrative job in corporate America or
a cushy teaching position in academia. Instead, choosing to return to India, he plunged
into the risk-laden world of social entrepreneurship, focusing mainly on the rural poor.
Hande founded SELCO (Solar Electric Light Company-India), which uses a three-
pronged approach to custom build, finance, and then install and service solar technology
applications in villages. Examples range from simple lamps for homes to power
generators for small businesses and farmers who want to irrigate their paddy fields.

Already over half a million people have benefitted, making SELCO a leading solar
technology company in India. After overcoming early setbacks, Hande and his colleagues
turned SELCO into a profitable social enterprise that views its customers as partners.