COVID-19  In-depth info for Indians in Atlanta/Georgia. Click here
Home > Magazine > Editorial > A great time to be an Indian-American

A great time to be an Indian-American 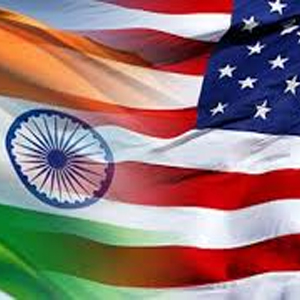 The beginning of June last year was a bleak time for Indian-Americans as well as all minorities of color in the country. We had just witnessed the cold-blooded killing of George Floyd by Derek Chauvin, a white police officer who quite casually—and so chillingly—with one hand in his pocket, just relentlessly knelt on Floyd’s neck for close to nine minutes, slowly but surely choking Floyd to death. Floyd’s desperate cries calling on his “Mama” or his equally desperate appeal, begging “Don’t kill me,” had zero effect on the callous Chauvin.

Such incidents of police brutality and racist aggression even from civilians seemed to be happening with increased impunity at a time when the cult of Trump seemed to be ruling the roost. Amidst such a hopeless and fearsome scenario for minorities, the Democrats eventually nominated Joe Biden as their contender against Trump for the upcoming presidential election. Many on the left felt it was a mistake—they were not confident that “Sleepy Joe” could take on the boisterous and boastful Trump.

Soon after, as we inched towards November, Trump accelerated his ominous trend of consolidating power for himself by firing, where he could, powerful leaders in national security and the judiciary who he suspected would not play his game, and replaced them with yes-men loyal to him. The country, it seemed, was inching towards an authoritarian rule. Minorities had much reason to fear. Many started imagining scenarios of atrocities commonly seen in dictatorial regimes.

From such a pit to where we stand today, with Biden and Harris sworn into office, is a lesson to not let singular current events—no matter how historically significant they may seem at the time—be the litmus test of where a society is headed. When Obama was elected as the president—an unprecedented historic milestone—we were all euphoric; and in our euphoria, we felt that we had finally arrived at a post-racial America. That, of course, soon proved to be too good to be true. Almost as if in a nasty reaction to his election to the highest office of the nation, the tea party extremists picked up momentum, as did the “birther” movement that questioned the legitimacy of America’s first African American president. And while such extremism can be discounted with the belief that it remains mostly confined to the extremists themselves, even in the areas where it actually impacts our lives—legislation—we, it seemed, were regressing rather than progressing. Even after the election of an African American president for a second term, in 2013, in the Shelby v. Holder case, the Supreme Court reversed the Voting Rights Act, a key accomplishment of the civil rights movement.

Just as Obama’s two terms did not mean the end of racism, Trump’s incredulous victory in 2016 did not—eventually— mean that America, as a whole, had suddenly turned into a mean and racist nation. But by God, it certainly felt that way for much of Trump’s four years. To begin with, many millions of us simply could not wrap our heads around the fact that someone as spectacularly unqualified, undignified, and downright shallow a character like Trump could actually win in a democratic election—albeit, thanks to the technicality of Electoral College. How is it possible, we thought, that a smart nation—the world’s only superpower, the one that gave the world automobiles, airplanes, and the IT revolution; not to mention, putting a man on the moon—not have the intelligence to see through the antics of a vacuous and narcissist loudmouth like Trump who clearly and repeatedly demonstrated the temperament and personality of a mafia boss more so than a visionary leader. We found it not only maddeningly unbelievable, but also quite offensive that dear ones in our own circles—seemingly intelligent and good-hearted folks were “Yes, but”-ing in defense of the indefensible Trump.

Just when the Trump bandwagon was in full bloom and seemed invincible going into the November elections, a curious thing started happening. The left mobilized like never before in history. It seemed that the prospect of our beloved nation turning into some tin pot authoritarian regime even amidst the structural continuity of democratic institutions and the supposed separation of powers between the executive, legislative, and the judicial branches, finally spooked many on the left. Minorities especially shook off their stupor and dived into frantic and inspired action. Throughout the nation, but particularly in Georgia, we saw some stupendous achievements in the area of voter registration. Stacey Abrams rose to national prominence when her Fair Fight initiative managed to register more than 800,000 new voters, mostly from the African American community.

As for the South Asian community in the region, the awe-inspiring work of organizations like They See Blue created both a massive buzz as well as actual results in pushing South Asians to the polls. In my 35 years in the U.S. I had never seen such enthusiasm for our civic duty (and the right!) of voting. In particular, I would like to highlight the prolific work of Anjali Enjeti who rightly earned the moniker of “Desi Stacey” as a leading “warrior” of They See Blue Georgia.

All of this leads us to the following crowning glories, which seemed impossible just a few short weeks back:

• Georgia turned blue on the political map for the first time in 28 years.

• We replaced a crass, classless, and supremely self-indulgent authoritarian with a decent and seasoned leader at the helm of the nation.

• And… last but not least, we achieved another glorious historic milestone, which actually happens to be several milestones in one:

If that is not music to our ears, I don’t know what is. So much has already been said in the media as well as the social media about just how gratifying and inspiring this is for Indian-Americans in particular. But it is worth repeating—and celebrating—this glowing milestone.

Khabar has been chronicling our community for close to three decades, and it is by no means overstating it to say that nothing this monumental has happened to us as a demographic group. Just a few years back not many would have placed any bets on having a VP whose mother wore saris, a VP with Tamil Brahmin roots, a VP for whom eating a dosa is not a culinary adventure, and a VP named “Kamala.” Indeed, the power of representation is potent! In just a few short weeks, Indian-Americans went from feeling like pariahs in the nation to feeling like we belong: we have a Vice President, the second-in-command, who can intrinsically and organically relate to us as one of our own.

As great as it is to have Kamala Harris as the VP, like Obama before her, that in itself may not be the marker of racial inclusion in the U.S. But taken in collectively with the fact that the incoming Biden administration has appointed as many as 20 Indian-Americans to key positions does speak volumes in favor of that trend. More so, when you consider that we make up for just around one percent of the nation’s population.

Further encouraging are the demographic shifts that are suggestive of an arc tending towards an increasingly cosmopolitan society. According to the Pew Research Center, the foreign-born population more than doubled in just 25 years from almost 20 million in 1990 to over 45 million in 2015. This is bound to give minorities more confidence and a greater voice at the proverbial table. We already saw the outcome of such a growing influence in this past election cycle. According to the Indian American Impact Fund, close to a hundred Indian-Americans ran for local, state, and federal offices—which is more than twice the number who ran in 2017.

And whereas we have seen ups and downs in the political climate of the country, corporate America has steadfastly maintained its famous meritocracy. That sits very well with the highly ambitious and upwardly mobile Indian-American community. Even in the ‘90s when Indian-American dominance in the IT world was already a given, it was yet a tad inconceivable that we would soon see a trend where globally influential American corporate giants like Google, Microsoft, IBM, Adobe, and MasterCard, to name a few, would be helmed by Indian-American CEOs.

This meritocratic egalitarianism of American corporate world is truly exceptional. The Indian diaspora has found success far beyond its numbers in many countries around the world. Whether one likes the label or not, in England too, Indians are seen as the “model minority”for their outsized success. And yet, the numbers as well as the experiences of those who have worked in both places bear out America as the place that offers more promise and inclusion compared to Great Britain where historic colonial influences still color general perceptions of brown folks.

None of these positive trends should have us turn a blind eye to the very real ugliness of racism that is still a formidable menace of our times. The fact that more than a third of the population steadfastly stood behind an utterly racist Trump is deeply unsettling. While we still have a long road ahead, I do feel that the underlying long-term trends—often less perceptible in news cycles—are suggestive of good times ahead for all minorities.

I am quite sure there are many young Indian-American girls who are now—thanks to the example set by Kamala Harris—emboldened to dream of one day becoming the president of this great nation. That’s a far cry from a couple decades back when young Indian-American kids, feeling alienated because of their names and their skin color, would not even dare to dream of belonging, let alone becoming leaders in an increasingly inclusive society. These are indeed great times to be an Indian-American!