COVID-19  In-depth info for Indians in Atlanta/Georgia. Click here
Home > Magazine > Editorial > A Pandemic IS the Time to Hold Accountable Those in Power

A Pandemic IS the Time to Hold Accountable Those in Power 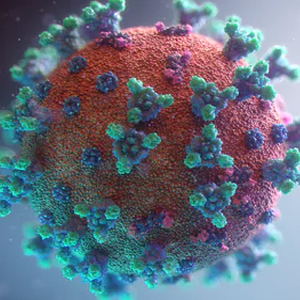 The unimaginable scale of human suffering that the second phase of Covid-19 is causing in India certainly makes it the gravest challenge faced by the country since its Independence.

Amidst this rising ocean of grief and loss, of widespread depression and fear, there are those who say now is not the time to dissect what went wrong or criticize the authorities. Instead, they say, now is the time to spread hope, volunteer and donate to alleviate the suffering. Indeed, that is one worthy and needed attitude.

But as lives continue to topple at alarming rates and as Covid-infected families continue their anguished struggle—made worse by acute shortages of vaccinations, oxygen cylinders, ambulances, and a fog of misinformation—it would serve us well to not think in terms of “either-or” binaries.

Sure, constructive efforts and contribution of time and money are crucial at the grassroots level. But that doesn’t invalidate the need for what may have an even larger impact in fighting off the virus: a critical mass of conscientious and courageous citizens who are willing to hold accountable those who are in power. Because, looking at it from a larger canvas, all our charitable efforts as individuals are ultimately meager drops in the ocean when compared to the magnitude of impact that the federal government wields—by doing or failing to do what the crisis demands.

The role of the federal government can hardly be understated. Following are just some of the many failures of the administration that have had a sweeping impact on the lives of over 1.3 billion Indians.

• The failure to allocate adequate funding to curb the pandemic.

• The failure to relinquish Central control so that each state can tackle the crisis based on their regional needs.

• Allowing symbolism and appearances to prevail over substance in an attempt to save political face.

• Grossly misplaced priorities! Moving ahead with the exorbitant Central Vista project that includes a lavish new residence for the PM—and which comes with a price tag of close to three billion dollars—while restricting the funding for the pandemic is a craven act of choosing vainglory over the lives of millions of Indians.

• Information, facts and truth are crucial for any nation to work optimally, even in normal times. During a pandemic, these become a hundred times more important. A nation cannot fight this fight and save lives if the press is muffled through authoritarian arm-twisting. Facts and truth, no matter how unpleasant, must prevail over saving face.

Many, perhaps because they themselves are heavily politically aligned, see any criticism of the government as a partisan activity. Their clichéd position is to characterize the critic as some Congress party apologist. Others feel that creating such friction in media or social media at the time of a national calamity, at best, doesn’t do much and, at worst, demoralizes people. And then there are others who are just too concerned about self-image and so lie low instead of facing the heat of participating in public conversations. But it is precisely such robust dialogue and debate in public forums that is the lifeline of a healthy democracy.

Considering the sheer scale of influence that the federal government has on our lives makes it imperative to hold it answerable. As consumers of governance which has such an outsized impact on our lives, especially during a pandemic, it is not only the right but also the duty of conscientious citizens of a democracy to hold their government accountable.

Politicians are susceptible to the national mood that results from such national conversations in media as well as at the grassroots level. If they sense they can get away with the abdication of duty because a majority will continue to support them no matter what, they are bound to abuse such a blank check given to them. In contrast, a measurable drop in popularity evident in the national mood is bound to have them concerned and answerable to the nation. Modi has gotten away without holding a single press conference throughout his term because he knows he can get away with it. But transparency is the lifeblood of democracies. A leader not willing to field questions from the media is the trademark of authoritarian regimes, not of modern democracies.

So how do you and I—average citizens—make an impact on the national dialogue? While there are many modalities such as activism and speaking out in media, admittedly, not all of them may suit everyone. But in our contemporary times, when social media has become such a big part of controlling the public narrative, it is one forum where almost all of us have a say. Social media is now perhaps the most influential tool of information dissemination.

What most of us fail to realize is that those messages pertaining to national issues, such as the pandemic, that we so casually forward is precisely how untruths spread, and a fog builds around facts—a perfect recipe for confusion and missteps…and mounting fatalities. If we realize that with each unverified forward, there are lives at stake, we might be a bit more circumspect.

When it comes to public dialogue, the worst is when criticism is judged through a lens of patriotism. Through this prism, calling out the government is equated to being anti-national. Loyalty and solidarity to the nation are defined by pushing chauvinistic messages on the lines of “Saare jahaan se achchhaa Hindustan hamaara” (“My country, Hindustan (India), is the best compared to all others in the world”).

Mathew Hayden, the Australian cricketer, being on the team of Chennai Super Kings in the Indian Premier League, has a second home in India. A fan and champion of India and its heritage, Hayden’s love for India cannot be denied. I have watched his interviews with diverse entities such as the spiritual guru Sadhguru Jaggi Vasudev. I like Hayden—as a cricketer, as a person, and as someone who recognizes the beauty of Indian people and culture. And yet, his recent article titled “Incredible India Deserves Respect,” penned in The Pioneer, a storied Indian newspaper, seemed to be a well- intentioned but misguided defense of India’s handling of the second wave of Covid-19. I am sure a good number of the millions who have lost family members to the virus on account of not getting, in a timely manner, oxygen supply or an ambulance or admittance into overloaded hospitals, can’t help but agonize over the government’s massive failure on those fronts. They, I am sure, don’t feel that the current administration, with its spectacular failure to manage the second wave, deserves respect.

Chest-thumping and sugarcoating are not helpful practices even in normal times. During a national tragedy such as what India is facing, they are outright dangerous. I have far more respect for the Arundhati Roys, Barkha Dutts and Ramchandra Guhas of India—often vilified by their critics as sellouts to western interests. The courage they muster to hold the authorities to accountability, to me, is a far stronger marker of their love for the nation. It is easy to score points as a patriot by peddling vacuous song-and-dance routines of love for the nation. It is much harder and far more courageous to do the actual dirty work of nation-building through conscientious engagement.