A Political Party in Shambles 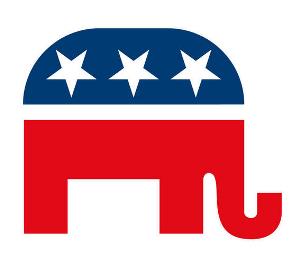 It was bound to happen. Those of us who have observed the Republican Party without any vested interest have seen it coming for years. Now, as if blindsided, the guardians of the Party are waking up to a GOP that is a dysfunctional mess.

Going into July, the Party elders are facing an extremely unpalatable choice: either throw their support behind Donald Trump, who has been increasingly com-pared to a fascist and even to Hitler, or face the ire of going against the will of the people of their party—if they sidestep Trump through a brokered convention.

An added wicked irony is that the Republican frontrunner is anything but an icon of Conservatism. Trump was not only a registered Democrat for most of the last decade, but has, at times, been in direct opposition to conservative positions. In an article in The Atlantic, Conor Friedersdorf writes, “In public statements, [Trump] has advocated government healthcare, a woman’s right to an abortion, an assault weapons ban, and paying off the national debt by forcing rich people to forfeit 14.25 percent of their total wealth.”

How does a Party find itself at such a low where their front runner is a hot potato (make that a scorching one) and is untrue to their core principles…but is the favorite of their masses?

The question is, how does it not? When you become a breeding ground for the worst of human values such as racism, xenophobia, and war-mongering, there is only one way to go: down. While no political party is perfect, the GOP is a champion of being anti-“everything”: anti-immigrants; anti-minorities; anti-Muslims; anti-women; anti-workers; anti-gays; anti-science…. None other than Jeb Bush made such an observation, and added, “Never again can the Republican Party simply write off entire segments of our entire society because we assume our principles have limited appeal.” Sadly, it was Jeb Bush who the Republican voters wrote off…promptly! It seems you can’t talk sense and sensibility in the midst of the dysfunction and depravity that is today’s GOP.

Look at some of the spokespersons and heroes of the Party: Rush Limbaugh, Ann Coulter, Sarah Palin, and Fox News—all champions of bluster without substance. It’s not just the spokespersons but also the Republican Establishment that has behaved like first graders in Congress: obstructionism to Obama has been, very evidently, their modus operandi in the last seven years. Time and again, the Republicans have shot down the same policies and positions they once supported—only because now they came from the President’s desk. A glaring example of this is, of course, Mitt Romney, who, at the time of the passing of the Affordable Healthcare Act, suddenly found himself opposing it even though it was identical to the plan he had implemented in Massachusetts as its Governor.

And just recently the country was subjected to the unflattering exhibition of a series of televised Republican altercations…otherwise known as “debates.” “Infantile,” “shameless,” “combative,” and “vindictive” are just some adjectives that come to mind in response to those. They were anything but “Presidential”!

My sympathies for the true conservatives who believe in vigilance against government overreach, fiscal responsibility, family values (not the selective kind that excludes gays, etc.), and personal responsibility—all worthy principals that should compete in the marketplace of ideas. But Republicans, in recent times, have only payed lip service to these bedrocks of conservatism, thus doing more harm than good to their agenda. The Party has been hijacked by loudmouths, haters, pseudo-patriots, Klansmen, and the politicians who have pandered to those lowest common denominators.

And now, the “crowning glory” of all these wrongs of the extreme Right is a potential Republican nominee who sounds more like a roadside hooligan than a contestant for the most responsible political office in the world.