Democracies Can’t Be Taken for Granted 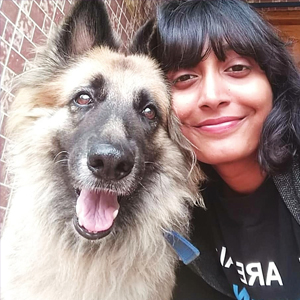 The U.S. is arguably the modern world’s most consequential democracy. It has been lauded all over the world for its brilliant constitutional structure, with its system of checks and balances designed to protect the nation against the designs of power-hungry despots.

And yet we recently saw how dangerously fickle the best of structural protections can be in the face of one such power-hungry despot with a sizeable number of the population supporting him. Trump did everything he could to circumvent the result of a perfectly valid democratic exercise in his mad quest to retain power: reshaped the leadership in the executive and judiciary branches to fill them up with his cronies, strong- armed legislators, undermined free press, and even incited mob violence.

The checks and balances, we saw, are only as good as the vigilance with which the citizenry is willing to fight for them. Fortunately for the U.S., despite the alarming number of population who supported Trump, it was nevertheless not a sufficiently critical mass to counter the democratic process. But the lesson here is that we came dangerously close to the breakdown of our democracy—saved only by a vibrant free press (despite Trump’s incessant attempts at undermining it), massive activism that resulted in historic numbers of voter turnout, and a vigilant pushback from aware citizens.

A similar risk to democracy is currently playing out in India. There is an orchestrated attempt by the government to squash criticism—a slippery slope towards censorship.

This was most alarmingly seen in the recent arrest of Disha Ravi, a 22-year-old climate activist for the “crime” of sharing a toolkit document on her social media that the government claimed is part of an international conspiracy against India. In an unconstitutional manner, Ravi was flown from her hometown of Bengaluru to Delhi for interrogation. In justifying the arrest, the Delhi police claimed, “The main aim of the toolkit was to create misinformation and disaffection against the lawfully enacted government. The toolkit sought to artificially amplify the fake news and other falsehoods, and also sought to precipitate action on 26 January, that is, India’s Republic Day.”

This is a disturbingly flippant reason for an arrest. The very language offered by the Delhi police as cause for the arrest gives law enforcement a blank check—the kind of unmitigated police power prevalent in banana republics. Inherently subjective words like “misinformation,” “fake news,” and “falsehoods” give law enforcement practically unlimited latitude. If it were up to him, Trump would have jailed the entire executive team of CNN for “fake news.”

Indeed, there is a chorus of credible sources, including lawyers and judges who felt compelled to offer public statements questioning the overreach of the police in Ravi’s case. Former Supreme Court judge, Justice Deepak Gupta said, “I have gone through the documents of the toolkit, those which are available in the public domain and I see there is nothing that says anything with regard to violence or anything with regard to inciting people. I don’t see what is seditious about this document... not at all.”

For the State to go after an innocuous young climate activist as if she were a member of an ISIS cell demonstrates its aggressive authoritarian bent. Ravi’s arrest is just one of many such baseless strong-arming incidents of journalists, artists, and others to create an atmosphere of fear amongst those who don’t fall in line with the government’s narrative and its policies.

The government’s recent tussle with Twitter is another case in point. Certainly, there is a case to be made for some oversight on what can be posted on social media, especially considering its outsized influence in shaping views and public behavior. The Indian government had valid reason to ask Twitter to ban clearly inflammatory handles. But along with that, it also heavy-handedly asked Twitter to ban several journalists, media houses, politicians, and others simply because it saw them as being critical of the government. Currently, the government has threatened Twitter executives in India with jail time if it fails to succumb to its diktats.

Such autocratic abuse of power has been coupled with a flagrant campaign of propaganda from its bully pulpit. A leader’s words and the narratives it shapes have an outsized impact on the masses. By saying—and not saying—certain things, Modi and other ruling party leaders have manufactured a national environment where any criticism of the government is equated with lack of patriotism, and even with anti-nationalism.

A free press in a healthy democracy has the crucial role of being a watchdog. That very role is being questioned and maligned. Sadly and frighteningly, many of the major media houses have been influenced to toe the government line. There is a tendency of portraying critics as sellouts to western or foreign interests. Their voices are being muffled with bullying tactics. Collectively, all this makes it fearsome, and even dangerous, for those who dare to speak out.

To be clear, I am not talking about which camp is right or wrong. It is quite possible that many idealistic activists or journalists may be wrong on issues. And that not all government steps that are being called out are necessarily bad. But that should be beside the point. In any democracy, and for that matter in any progressive society, ALL views, regardless of their merit, must be allowed free expression. The laws against incitement and sedition are necessary, but they become ominous when the government invokes them to squash dissent.

It is ironic that those who are on the side of muffling voices in the name of a strong nation are actually undermining the very structures that make the nation strong. Throughout history, we have seen autocratic nations that do not allow dissent turning out to be regimes of atrocities against its citizens. In contrast, open, liberal, and modern nations that allow for a healthy debate in the public forums are the nations that people flock to for the quality of life they offer. It has consistently surprised me that the so called patriotic Indians—the right-wing extremists who never miss an opportunity to badmouth Paki-stan for its “backward” ways are, at the same time, consistently pushing India towards the ills that plague Pakistan. The exact same scenario was evident in the U.S. where those who swore by the banner of “Make America Great Again” were the ones who push-ed it almost to disintegration.

Democracies, whether they are the world’s most lauded or the world’s largest, are not infallible. A constant vigilance at the grass roots level is what keeps them alive. India is a land that has revered the principle of Satyameva Jayate (“Truth alone triumphs”)—from the times of the Upanishads. I hope and pray that this ageless principle will ultimately triumph. But for that to happen, all of us who have a voice need to stand vigilant against our own crimes of omission.