Embracing all Hues of Sexual Orientation and Gender Identification 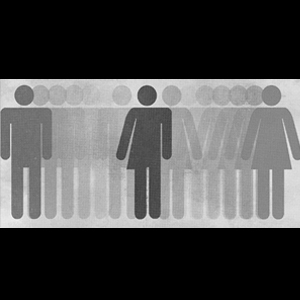 It is 2022; we supposedly live in postmodern times. The Jetsons, the iconic futuristic TV show, is now a relic of the past. And yet mankind’s predictions of the future, whether in terms of materialistic life or mindsets, have proven to be too optimistic.

Even today, our communities are stuck in archaic attitudes, especially when it comes to accepting, let alone embracing, the varied shades of sexual orientation and gender identification that are increasingly becoming evident as prevalent.

Unpalatable. That’s the word that comes to mind when one thinks of how homosexuality has been viewed in traditional Indian society. It is a topic that most of us would rather dodge, if not bury entirely. Indeed, most of our regional languages have not even coined a proper word for it; they have let colloquialisms define these conversations. Our popular culture is even cruder about it. Back from my juvenile school days in India, I remember “homo” to be a slur.

With such deep-seated conditioning, it doesn’t come as a surprise that the masses continue to harbor phobia about the LGBTQ community. Society’s failure to embrace this divergence as a fact of life has a devastating effect on those for whom it is their biological and/or psychic reality.

The simple and loud truth is that after millennia of civilization, the vast majority of mankind has yet to come to terms with homosexuality. Philosophically speaking, the issue is a perfect litmus test of our maturity as individuals and as a civilization: a challenge to not impose our own personal likes and dislikes and our own moral, ethical, religious, and philosophical values on others.

“But homosexuality is unnatural,” cry the critics. What we fail to realize is that this criticism is not an objective truth, but rather a socially-constructed convention. As recently as in the past century, it was considered perfectly natural to treat women and African Americans as second-class citizens; and scholars of the time were pontificating on how the “Negro” was inherently inferior, and how women lacked capacities that had nothing to do with the physical body.

History is full of examples where what was once considered sacrilegious was later not only accepted, but also held as noble. Jesus Christ was crucified because his ideas—which are central to Western civilization today—were considered anti-social by the Establishment in those times. Socrates was executed for challenging the status quo. Galileo was condemned to house arrest for challenging that which was “plainly evident”—that the sun moved around the earth!

These examples demonstrate that the majority, in the form of the “Establishment,” is notoriously intolerant of anything or anyone that challenges the status quo of the day. More importantly, the majority is also often wrong—as it was in the case of Jesus, Socrates, Galileo, and many other outliers like them.

Fortunately, it is not that there has been no progress over the years. While the battle certainly continues to be an uphill one, there are also some slow but perceptible changes in attitudes. The story of Archith Seshadri coming out—which features as our cover story in this issue—would not have been possible a decade or two back. Or would have certainly been far more challenging and traumatic. We now also have many popular and successful icons in entertainment, media, business, politics, and other sectors of life who openly proclaim their LGBTQ identities. This move towards normalization of these choices has been a boon for young, impressionable individuals who have struggled with their sexual preferences and gender identifications.

Meanwhile, the call to the rest of us is to step up as allies to the LGBTQ community. We hope the resources shared in the cover story may be of help.

Parthiv N. Parekh is the editor-in-chief of Khabar magazine. This editorial contains excerpts from a previously published editorial in 2012.