Guest Editorial: The Taste of Justice 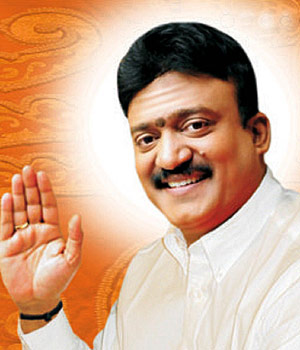 There was a time when it appeared Annamalai Annamalai (aka Dr. Commander Selvam Siddhar) was untouchable. Like the Energizer Bunny that kept going and going, here was a man who continued to pile on one crime over another with what seemed like limitless impunity. I, along with his countless other victims, felt frustrated at what seemed like technical failings of the legal process which allowed him to continue to defraud and harass a large swath of people despite several media reports, federal cases, and legal verdicts against him.

Finally, on 13 April 2015, the federal justice system asserted itself in all its majesty! Judge Batten sentenced Annamalai to 27 years and 3 months, asked Annamalai not to engage in ‘spiritual’ service for compensation, restricted his ability to file frivolous and meritless lawsuits against victims, attorneys, and court personnel, and recommended that he be housed in a federal Communication Management Housing Unit. Judge Batten called Annamalai heartless and worthless, a pathological manipulating liar. He said Annamalai seemed to enjoy going after his victims, and sentenced him to the maximum extent according to the federal sentencing guidelines. Earlier, in August 2014, a unanimous jury found Annamalai guilty on 34 counts of bank fraud, bankruptcy fraud, tax fraud, obstruction of justice, money laundering, conspiracy, and others.

Annamalai’s modus operandi was to offer astrological services and various pujas and rituals to alleviate problems that cropped up in his clients’ lives. He claimed to be able to cure almost any problem human beings face, and all he wanted in exchange was a credit card number. He would swipe much more than the callers agreed to pay, and when they protested, he would threaten them with lawsuits, and present manipulated docu- mentation to credit card companies to justify the charge. From 2006 to 2013, Annamalai, his wife and employees had filed more than 150 meritless law- suits in many jurisdictions in Georgia, Texas, Ohio, and Illinois in almost every level of the justice system—magistrate, state, superior, and federal courts.

What do we, as a community, learn from this? As soon as Annamalai set up shop in Atlanta in 2005, there were clear signs of his proclivities. Some community leaders were alert and alarmed. Dr. Ravi Sarma and I co-authored an article published by Khabar magazine about Annamalai’s arrest in 2008-2009. Annamalai retaliated by filing frivolous lawsuits against Khabar magazine, Dr. Sarma, Narender Reddy, and other presidents and office-bearers at the Hindu Temple of Atlanta.

Despite clear evidence of fraud, some of Atlanta’s community leaders introduced Annamalai to our Congressmen and senators, and even arranged a meeting with the state Governor. They helped him recruit someone to start and run his magazine—one of his many vehicles to lure vulnerable victims. They invited him to set up a booth in the annual India Festival, and gave him another avenue to entice people.

It was a frustrating wait for nearly a decade, during which I endured from him nearly 45 lawsuits in literally every jurisdiction in Georgia. A wave of relief swept over me when the judge read out his sentencing order. They say “the wheels of justice grind slowly but surely.” I like the ‘surely’ part.

[Valmiki P. Raghunathan is a software services entrepreneur. After being victimized by Annamalai when he rented his event hall in 2006, Raghunathan launched a relentless campaign exposing the fraudulent antics of Annamalai.

The views expressed here are those of the author.]