India, in Your Face—in America 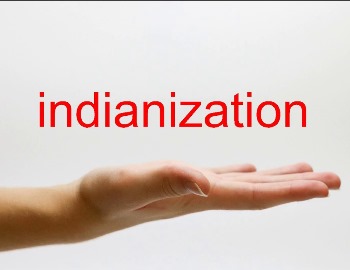 Thanks to the most anti-immigrant President, by far, in the history of America, the current mood of the country, at least amongst the right-wingers, is distinctly at odds with the history of America as a nation of immigrants. Especially brown-skinned immigrants, whether from south of the Southern border or from South Asian nations, and other Asian immigrants are losing hope and faith in the promise of America, most famously proclaimed in the words etched on the Statue of Liberty, “Give me your tired, your poor, your huddled masses yearning to breathe free….”

Curiously though, on the consumer side of things, capitalism and technology are ensuring us an experience that is 180 degrees at odds with the political mood—we are now able to recreate India here, often with far more “Indian” indulgences than we had even growing up in India. For example, thanks to social media we now send and receive far more greetings for festivities such as Diwali, Eid, Holi, Ganesh Chaturthi, Onam, Durga Puja, and a whole bunch more of even remote and regional celebrations. Growing up in India, all the way to my 20 years there, I had never heard of Bathukamma, the Telangana festival, and had very little awareness of Lohri, the Punjabi folk festival. Now, thanks to social media as well as event reports published in desi magazines such as ours, one can’t help but get exposed to these celebrations.

Thanks to Netflix and Amazon Prime and a whole bunch of other entertainment options such as Indian Satellite channels, internet TV boxes like Roku and YuppTV, and other streaming devices, services like Sling and Hotstar, and websites like einthusan.com, we now have an unprecedented amount of choice of Bollywood and other regional Indian cinema—far beyond what was imaginable in the generation past when we grew up in India. Apps like Saavn, Gaana, and even Spotify, the mainstream music app, offer a ton of Indian music choices—a far cry from the days of growing up on All India Radio.

The following eclectic list of markers of “Indianization” in America drives home the point that we live in an abundance of Indian influences—a scenario that the pioneering immigrants of the 1960s and ‘70s could not have dreamt of.
• Bollywood films are not only routinely screened in national chains like Regal Cinema and AMC, but also score high up in box office sales in the U.S.
• Bollywood music is often played at American night clubs.
• Priyanka Chopra, a Bollywood star, is also an American pop culture icon. Today’s generation may not make much of it, but for those of us who grew up in the times of Hema Malini and Rekha, such a crossover was inconceivable.
• From figure skaters to cheerleaders at national sports franchises, many in the mainstream dance to Bollywood songs.
• Diwali is now celebrated in the White House, not to mention in many national companies like AT&T and a host of others.
• Supermarkets have Indian isles. From ghee being sold at Costco to paneer tikka masala frozen dinner at Trader Joe’s, Indian food products are taking increasing shelf space in American grocery stores.
• From concerts to conventions, events draw throngs of Indians. When we started Khabar in 1992, the prospect of 10,000 Indians in a single event was unheard of; now it is common.
• The wedding baraat, with Indian street dancing, is now a frequent sight in fancy American hotels.
• Executive chefs with leading hotel chains in Atlanta, such as Robert Gerstenecker of the Four Seasons and Billy Skiber of the Grand Hyatt, have become “experts” at Indian food catered for weddings at their hotels.

The above barely scratches the surface of the “Indianization” in America. For the desi at heart, we couldn’t live in a better time and place to indulge our cultural roots to our hearts’ content. Now if only the Trump camp could see immigrants a little differently and get in step with the times!