The India I Saw Recently 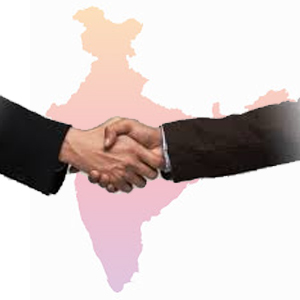 I grew up in an era when India was decidedly a “third world” country. Poverty, pollution, filth, bureaucratic red tape, and bribery were all endemic. Material things were hard to come by. Getting things done, especially in the government and public sector, was even harder. Manufacturing was subpar, and most things made in India did not inspire confidence. No wonder the nation was saddled with the infamous “Hindu Rate of Growth”: an economy that barely beat stagnation.

Sure, as independent India was a relatively new country, there was no shortage of patriotic pride. But paradoxically, a persistent inferiority complex defined the mindset of most Indians when it came to our place in the global community. Everything foreign—especially American—soon came to mean, in most Indians’ minds, as better and shinier than everything Indian. Indians who were “foreign returned” (had traveled overseas) were eyed with envy and enjoyed a higher status in society.

To be sure, I’m not damning that Indian era lock, stock, and barrel. In fact, I wouldn’t trade the cherished childhood that I had in India for anything in the world. Our traditional family values, festivities, culture, heritage, and spiritual wisdom are rare around the world; and could well be the torchbearers in these times of excessive materialism and individualism. The inferiority complex that I refer to above is strictly with reference to material things.

And it is the progress in this realm that filled me with optimism during my recent two-month visit to India. Sure poverty, pollution, and filth are still persistent; but the improvement is also noticeable and promising. One area in particular where India seems to be making great strides is in technology. As a child of the 70s, I have been deeply conditioned to think of America as the undisputed global leader in technology—by far! After all, this was the country that had given mankind the moon landing and was practically the sole driver of the computer revolution. So, it was quite eye-opening to see that in recent years India seems to be outpacing the U.S. in its success with using technology to transform lives.

The youthful population at large seemed to be conducting far more of their lives through smartphone apps. From grocery shopping and ordering food for takeout, to using courier services and buying airline tickets, nothing is necessarily unique about Indians conducting such business through their mobile phones—it’s just that Indians seem to be doing it in far larger numbers compared to many other nations.

Take one crucial measure of such app-based transactions—cashless payments. According to a recent report by CITIC Securities, a Chinese investment bank, India registered over 25.5 billion real-time cashless payments in 2020, which is the highest in the world and ahead of China by a huge margin of 60 percent. According to an August 2021 article in the Times of India, titled, “The possibility of a cashless society speeds up in India,”
transactions through the United Payment Interface (UPI), which accounts for the bulk of cashless payments in India, “clocked an all-time high 3.2 billion transactions in July 2021, displaying a 10-11 percent jump in both value and volume, month-on-month.”

The implications of India’s rapid progress towards a cashless economy stretch beyond just economics. The transparency and accountability of digital transactions reduce the amount of black money in circulation while helping the economy grow, which is why the government’s motto for the Indian economy is “Cashless, Faceless, Paperless.” To that end, the government of India has introduced initiatives such as the RuPay, a global card payment network offering credit and debit cards subsidized by the government (no merchant fees) and e-RUPI, a payment voucher using a QR code that the government and private sector can use to offer services and promotions, thus bypassing the middleman to decrease corruption.

Another very promising impact of moving towards a cashless economy is in politics. According to a study by Professor C. E. Rudresha in Issue 2, Vol. 4 of The International Journal of Scientific Development and Research, “Majority of election funding is done through black money. Cashless transactions will make it impossible for political parties to spend thousands of crores of unaccounted money on elections. Purchasing votes by giving cash will also come to an end.”

All such app-based commerce and governance is made possible on the backbone of highly affordable cellular connectivity. India is a world leader in offering cheapest mobile broadband services. According to a BBC News report, in 2019, “1 gigabyte (GB) of mobile data cost $0.26 in India compared with $12.37 in the U.S., $6.66 in the U.K., and a global average of $8.53.” Even daily wage earners, who are barely able to eke out a living, are well served by affordable cellular service. Gone are the days of street vegetable vendors shouting all around the neighborhood to announce their presence. Most of their business is now conducted through mobile phones.

India also seems to be using technology more effectively than America in the face of the COVID-19 pandemic. In the U.S., vaccine certification is usually a piece of paper written up by someone at the drugstore where the test was done—a system that is ripe for forgeries. As quoted in the New York Times, Yvonne Gamble, a spokeswoman for the Office of Inspector General at the U.S. Department of Health and Human Services, said, “The proliferation of fake Covid-19 vaccination cards can jeopardize efforts to address the ongoing public health emergency.” In contrast, Indians get their vaccination proof in a highly secure, nationally administered digital format. It is tied up to their unique Aadhaar card (equivalent to a Social Security card). All Covid vaccinations are recorded in Co-WIN, a national government digital platform that uses Standard Operating Procedures and features to prevent fraudulent vaccination data.

It seems that the current administration has recognized that there is no way to offer effective governance to close to 1.4 billion without digitizing core services. Its Digital India campaign is aimed at providing government services electronically by improved online infrastructure and by increasing Internet connectivity. DigiLocker, one such initiative under this campaign, is a cloud-based account offered to every Aadhaar holder to access and authenticate documents and certificates such as the Aadhar card, driving license, vehicle registration, COVID vaccination proof, mark sheets (school/college report cards), and much more.

I am quite cognizant of the fact that such nationalized databases are very much against the grain of the American psyche which prioritizes privacy. Moreover, a significant percentage of the American population is deeply suspicious of government—a strange phenomenon for a representative democracy. Prioritizing privacy over all else, combined with anti-government paranoia, results in being left behind in a world that is moving ahead with efficient use of technology. Even with an alarmingly autocratic ruling party at the helm, there have been no reports of any widespread abuse of initiatives under Digital India. Of far more concern is the Modi administration’s authoritarian crackdown on social media to quell dissent.

Another area of contemporary life where India, especially urban India, has come a long way is fine dining. In the India that I grew up in, eating out essentially meant just these two choices: South Indian or North Indian. Today, cities like Mumbai, New Delhi, Bangalore, and many others have become playgrounds for epicureans. Cuisines from remote corners of the world are increasingly cropping up. Fusion, experimental, creative, and bold are just some of the descriptions of a cutting-edge and competitive fine dining scene. All contemporary global trends, many of them catering to the health-conscious gourmand—such as farm-to-table, vegan, raw, plant-based, and more, are on the offer. Choice has become the name of the game, where even the classic traditional restaurants have revved up their menus. While there used to be a choice of about five to ten kinds of dosas in my time, now, many self-respecting South Indian restaurants offer upwards of 50 types. Raagi dosa anyone?

None of the above is meant to gloss over the many challenges that India currently faces. A strong-arm, right wing ruling party, which is stoking a dangerous communal divide, is chief amongst them. And for all its material strides, the ruling class is still quite entrenched in its anti-egalitarian mindset. The power differential between the haves and the have-nots continues to be wide. It leads to not just economic oppression, but also social and cultural oppression. Dehumanization of the helper class by their employers, whether they are housewives or business owners, continues to be widespread. While there are instances of healthy relations between these two classes, largely speaking, the working class is too dependent on their employers for survival, leaving them with no option but to tolerate abuse.

The hope, perhaps, lies with the growing young generation. As with many other aspects, this is a generation that is quite attuned to global sensibilities. It is also far more comfortable and confident in its Indianness—a stark contrast to the inferiority complex of the past couple of generations of Indians. If this generation competes so well in technology and fine dining, can egalitarianism be far behind?