“What Part of ‘Illegal’ Don’t You Understand?” 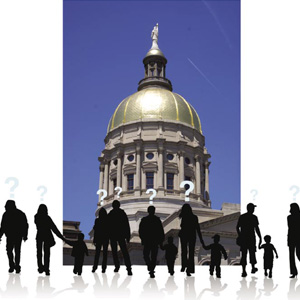 There are many self-respecting Americans who are supporting Trump’s aggressive agenda to clean up the mess of illegal immigration because they rightfully want to hold America as a nation of laws. After all, those “bad hombres” did cross our borders illegally, didn’t they? Wouldn’t letting them live and operate freely amongst us amount to a mockery of the law of the land?

And so, even those supporters of Trump’s immigration agenda who are not racists or mean-spirited feel righteous in wanting these illegal immigrants deported.

But despite their good intentions, they believe what they do because they completely fail to see that this phenomenon has two sets of culprits, not just one. We, the American people, are equally guilty and responsible for the fact that today we have over 11 million illegal immigrants amongst us. This could not be said if there were 11,000, or even perhaps 110,000 of them. But 11 million? That’s a sure indicator that we, the American people, are partners in this massive crime.

Here’s why: Over the last couple of decades, it is America that not only condoned this illegal racket but practically encouraged it. Our lawmakers, as well as we the people, have been only too complacent, if not eager, in looking the other way while these millions of “illegals” played a vital role in our economy. Seduced by their cheap labor, America had implicitly laid out the welcome mat for them. Unlike Mafia dons, these workers were not underground operatives; they were plainly visible to all of us: maintaining lawns, working in restaurants, factories, farms, and just about every industry that depended on cheap labor. Notwithstanding the token outbursts against them, we continued to condone them, employ them, and enjoy the fruits of their labor. Americans didn’t refuse to buy the tens of thousands of new houses during the housing boom, knowing fully well they were built largely by these workers. We didn’t boycott the farming industry, knowing fully well that it was these folks who plucked the onions and oranges found in our kitchens. There was obviously no forceful appeal to our legislators by masses of Americans to stop the trend in its tracks—when it was the right time to do so: before these illegals became entrenched into their American lives.

In boom times, businesses sanctioned them; consumers sanctioned them; lawmakers sanctioned them, even if implicitly. Now that the phenomenon has ballooned to a scale that makes us uncomfortable, we suddenly morph into an ungrateful and uncharitable lot demanding these “illegals” to be expelled? If our laws regarding border crossing were so sacrosanct to us, why did we allow the phenomenon to flourish for over a couple of decades, allowing these hardworking folks to get entrenched in our nation? Are we so heartless now to think nothing of uprooting millions of lives, and the havoc it would cause on families and psyches?

Over 11 million undocumented immigrants can come into a country, move into its communities, set up homes and families, send their kids to school, and live and work amongst the citizens if and only if the host country is complicit in the act. So, to now ask sanctimoniously, “What part of ILLEGAL don’t you understand?” amounts to being clueless if not a heartless hypocrite. Worse, it amounts to entrapment. First, to lure them in for decades through a “nod-nod, wink–wink” policy of looking the other way on their legality, and then to suddenly do an about-face in wanting them out of here, uprooting their American lives built on hard labor, is a sinister act of entrapment.

Yes, by all means, we can and certainly should take the strongest measures to stop this continuous onslaught of those who wish to migrate to the country illegally. But as to the ones who are already here, it is the nation’s moral responsibility to formally accept them and confer a legal status upon them.

This was first published in The Atlanta Journal-Constitution on March 25, 2017. Some excerpts of this, in a different context, were published in Khabar in 2011.