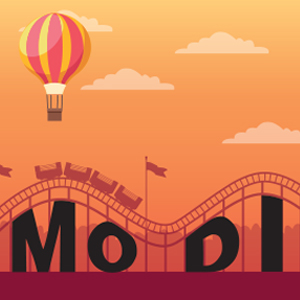 A Hindu chauvinist bent on dividing the country over religious lines … A capable Chief Minister who transformed Gujarat with an impressive focus on development ... A people’s Prime Minister who took on much needed initiatives such as Swachh Bharat (“Clean India”) and “Toilets before Temples” ... A bold executive who took courageous steps such as demonetization to clean out corruption (or, depending on who you talk to), a grandiose authoritarian who pushed the recklessly executed demonetization experiment that massively disrupted the lives of common Indians … A so-called business-focused PM who crashed India’s economy … A religious ideologue who strong-armed the revocation of Kashmir’s semi-autonomous status and gratuitously introduced the Citizenship Amendment Act to consolidate his Hindu base.

The Modi roller coaster has been, at times, an exhilarating ride; lately though, it’s gone into a frightening free fall, weighed down by his increasingly insidious communal designs.

Any objective commentator who has followed Modi over the span of his political career is bound to have had a roller coaster of opinions of this shapeshifter politician. In 2002, I was a harsh critic of him, deeply disturbed about his role as Chief Minister in the communal riots that killed over 1,000 people, mostly Muslims. Yet, in 2014, to my utter disbelief, I found myself practically endorsing him for Prime Minister. Why the dramatic about turn?

Modi was subsequently tried for his role in the 2002 riots, and none other than the Supreme Court of India exonerated him. I, like many others, were neither convinced about his innocence, nor happy about the verdict. The consensus of scores of independent investigative reporters as well as dozens of human rights watchdog groups—domestic and international—was unequivocal: Modi was guilty at least of crimes of omission, if not commission, that allowed rioters a free hand while police stood by doing too little too late.

But in a civic society one must ultimately abide by its august institutions such as the Supreme Court, despite one’s personal reservations.

Moreover, in the span of the 12 years since the 2002 riots, a lot had changed about Modi. While his personal credentials as a Hindu nationalist were never in doubt, his public persona had morphed from being a communal politician to becoming a development rainmaker who transformed Gujarat as its CM. As a Gujarati myself, I have had numerous conversations with friends and relatives in Gujarat who attested to how he made utilities such as power and water more abundant and stable, and how he incessantly courted corporations and multinationals to invest in the state, causing a drastic improvement in its economy.

As a prime ministerial candidate, Modi was all about growth, progress, and development. His slogans, if not his intent, turned distinctly unifying—a far cry from his communal legacy.

It also helped that in a country where corruption was endemic, Modi, with his spartan, yogic lifestyle, seemed personally incorruptible. Here was a candidate who seemed genuinely uninterested in amassing the kind of obscene wealth that his counterparts like Mayawati, Karunanidhi, Mulayam Singh Yadav, and Sharad Pawar, to name just a few, had.

With his passionate speeches about working tirelessly for every Indian, along with his glowing economic record in Gujarat, Modi was the first leader in decades who showed the potential of transforming the nation for the better. In contrast, his contenders were decidedly uninspiring. Arvind Kejriwal had started out with great promise as a leading crusader against corruption, but soon exposed his mercurial temperament when he abruptly resigned from his Delhi CM post in just 49 days. Leading a massive nation like India needs more than good intentions; it needs outsized capabilities and fortitude as well—which Kejriwal failed to demonstrate. As to Rahul Gandhi, enough has been said about his ineptitude and immaturity. It is generally believed that he was even in the ring only on account of being the scion of the Gandhi dynasty. Otherwise he may as well have been a struggling poet or an idle idealist.

With such a background, Modi offered the best hope for the nation. It seemed that he had learned his lessons from his time as the CM of Gujarat: communal misdeeds earned him global censure and brickbats, while a development agenda earned him praise and popularity. But even in 2014, while admitting so much, my caveat was that the Modi roller coaster could easily derail if he would let his communal instincts get the better of him.

Sadly, that is precisely what is happening! I don’t begrudge him so much for the failure of his outlandish schemes such as demonetization and GST (Goods and Services Tax)—poorly executed and highly complicated undertakings that have backfired, at least in the short run. These were well-intentioned, even if grandiose initiatives, that no politician interested in self-preservation would dare to attempt. Nor do I begrudge him much for the economy that is going south under his watch. While Modi’s outlandish experiments may have had some impact on the slowdown, ultimately the Indian economy is a behemoth influenced by innumerable factors, not all of which are in the PM’s control.

All this and much that ails India under Modi’s term is often cyclical, and can be corrected in due time. What is not so easily reversible is the damage caused by him and his party’s fascist targeting of Indian Muslims, which has notched up during his second term. The strong-armed revocation of Kashmir’s semi-autonomous status and the recent Citizenship Amendment Act (CAA) are being advertised as progressive, and even humanitarian steps—but the Modi camp is fooling no one who can see the communal designs lurking behind these insidious undertakings. Veiled behind the promise of bringing investments and jobs to Kashmir is the fact that the reversal of Article 370 will, in due time, change the demographics of Kashmir to increase the Hindu population of the state.

Similarly, CAA, besides being unconstitutional, when combined with the National Register of Citizens (NRC), has the potential of disenfranchising Muslims, not just asylum seekers and recent migrants, but also citizens who trace back their ancestry in India to several centuries if not over a millennia—but who may not have documents proving their citizenship. This is especially the case for the large number of poor and uneducated masses, regardless of their religious background. But while an undocumented Hindu (or a Sikh, Jain, Buddhist, Christian or Zoroastrian) gets a pass, as per CAA, an undocumented Muslim may be potentially declared stateless in his own country and be thrown into a detention camp.

Modi’s affiliation from early childhood with the Rashtriya Swayamsevak Sangh (RSS), a Hindu nationalist paramilitary organization … the BJP’s rise to power in the wake of their tearing down the Babri Masjid … Modi’s likely culpability in the Gujarat riots … his appointment of unabashed Hindu extremists such as Yogi Adityanath in his Ministry … the lynching of Muslims by cow vigilantes and those targeting the so-called ‘love jihadis’—these are just some of a large roster of facts that collectively leave no doubt that the PM and the ruling party are no friends of Indian Muslims, rightful citizens of the country.

This distrust and divide that the Modi camp is instigating between Hindus and Muslims should be the work of India’s enemies, not its well-wishers. Not only does this religious chauvinism go against the age-old Indian ethos of inclusivity and diversity, but it is also against the spirit of India’s Constitution, wherein secularism is enshrined. And no, unlike what Hindu nationalists believe, choosing secularism was not a mistake of our founding fathers like Nehru and Gandhi. Some of the most thriving nations in the world, such as the Nordic countries in Europe, are secular democracies; some of the most regressive and strife ridden nations are those that have a religious identity.

Modi’s aggressive push towards the vain idea of a Hindu Rashtra will, at best, turn India into another theocracy like Pakistan or Iran, and, at worst, could trigger widespread communal riots or terrorist attacks.

Some portions of this editorial have been previously published in Khabar in prior editorials, but have been reframed and updated.