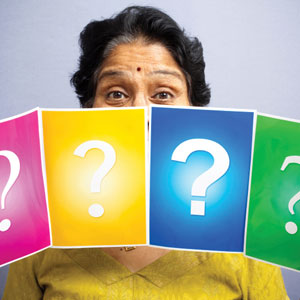 How about IBCA (Indian-Born Confused Americans) or OAIO (Old Americans of Indian Origin)?

Being born in one country and living in another has created a place/time identity crisis for me. The place-confusion for us from India started with Christopher Columbus, who after landing in the New World named the Native Americans “Indians,” because he thought he was in India. Long ago, when I told a man I was an Indian from Jodhpur, he said he hadn’t heard of that tribe.

The place issue continued to baffle our friends and relatives in India because of the American practice of duplicating city and state names. We settled in the State of Washington, and our friends in India thought we were in THE WASHINGTON (D.C.). In the pre-Microsoft, Bill Gatesless-Seattle, not many people in India had heard of this other Washington.

In 1969, when my mother bought a sitar for me in Mumbai, the music store owner bragged he shipped many instruments to Washington. He said all we needed was to collect it at the port after it arrived. The sitar ended up in storage on the East Coast and we had to pay demurrage charges and then a transportation fee to Seattle.

As if being in a confused “State” weren’t bad enough, after we settled in Mount Vernon, our then five-year-old daughter and her friends said they learned in school that Mount Vernon was the home of the first president, George Washington. It took some explaining to convince them that the first president was from another Mount Vernon. If the founding fathers couldn’t find new names for our region, at least they could have added “New” or “North” or some other prefix to distinguish our state and city from their famous namesakes.

When my husband took a job in Utica, New York, I thought my place-confusion was over. However, many people thought of Utica as Attica of prison-fame, or Ithaca, famous for its Ivy League College. Living in a state named New York caused mix-ups too. Once, our acquaintances from India who were visiting their relatives in Edison, New Jersey, called to tell us they were going sightseeing in New York and could stop by our place. We had to clarify that while Edison was just an hour away from New York City, we lived five hours away, in upstate New York.

In addition to place, time has also baffled me. In India, we learned to write the date, month and year in ascending order. After more than forty years in the United States, I have learned the scrambled way of writing month, date and year. So when I get a letter or wedding invitation from family or friends, I’m not sure whether the event is going to occur or has already taken place. The several time zones in America, and see-sawing twice a year between Daylight Saving Time and Standard Time have added to my time-disorientation.

Time and place problems aside, after forty-two years in this country, I still struggle with converting “Hinglish” to “American English.” When I came to United States in 1968, I took driving lessons. At my first lesson, the instructor asked me to open the trunk. Now I had brought my trunk of clothes and essentials on the plane, but didn’t keep it in the car. Then he pointed to the rear end of the car and I understood. Later, as I drove, he gave instructions to turn right, left, then said, “Step on the gas!” What did he mean? I knew petrol was called gas in America, but how could I step on it? When I told my husband about it, he explained that the instructor wanted me to press the accelerator.

Similar problems have happened in cooking. I once heard the story of a woman who was asked to make tiramisu with ladyfingers. The woman bought okra and tried to make the dessert. My blunders aren’t that remarkable, but I had to learn new names for vegetables such as eggplant and scallion. It is also mind-boggling to convert measurements of kilo and pinch to pound and teaspoon.

In spite of spending most of my adult life in the United States of America, my language befuddles my writing group when sometimes I say “full stop” or “inverted commas” instead of “period” and “quotes” or “possessive.” Once in a while when I take the elevator and call it “lift,” it may confuse people. But then I used to wonder too when someone offered to give me a lift. And then there are these ABCD kids who imitate our Indian accents for fun. Well, at my age, if I can provide entertainment for youngsters, I’m happy.

My identity confusion turns to sadness when we visit India and strangers label us America-walle. On the other hand, in the United States, when strangers ask, “Where are you from?” and I say Mount Vernon, I notice puzzled looks on their faces. Are we adrift and can’t belong to any country anymore? I’m reminded of the Hindi saying, “Dhobi ka kutta, na ghar ka na ghat ka”—the laundryman’s dog neither belongs to his home nor his river bank. In the old days the laundryman collected clothes from his customers’ homes, took them to the river to wash, then returned them to their owners. The poor dog, who followed his master, didn’t know where he belonged.

Fortunately, my husband and I know we belong in Mount Vernon, Washington. Still, I would like to have a label for my generation of immigrants. Perhaps the young ABCDs or FOBs could define our existence by finding an all-encompassing acronym for us.

[Hemlata Vasavada, who came to the U.S. from India in 1968 with her husband and one-year-old daughter, lives in Mount Vernon, Washington. Her articles have appeared in newspapers, magazines and anthologies.]