Activism: South Asian Women on Why They Marched in Protest 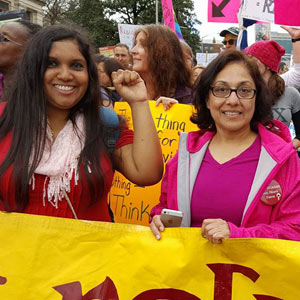 Conviction, passion, and undamped hope were the key elements of the nationwide Women’s March, the day after Donald Trump’s inaugural ceremony. Two South Asian participants reminisce about their experience of the Atlanta march, their motivation to join, and what it meant to them.

When the history books are written, the global Women’s March on January 21, 2017, will undoubtedly be recorded as an event remarkable for its spontaneity, unexpectedly huge turnouts, and the diversity of causes it espoused. Only a day earlier, a new American President had taken office after a bitter, rancorous election campaign the likes of which the nation, indeed the world, had not witnessed before. Across the U.S. the public mood was oddly clouded—disbelief, high anxiety, and cynicism mingling with the Republicans’ celebrations, a never-before moment in the nation’s history.

The Women’s March, a grassroots movement, was a response to newly elected President, Donald Trump’s often controversial, discriminatory, and divisive campaign statements on women’s rights, immigration policy, LGBTQ rights, environmental policy, and more. The activists’ stated aim: to “send a bold message to our new administration on their first day in office, and to the world that women’s rights are human rights.” While the lead march in Washington, D.C., saw a huge turnout and grabbed eyeballs across the globe, there were corresponding marches in American states and countries around the world. Closer to home in Atlanta, South Asian women, traditionally not seen to be actively involved in political processes, joined hands with their sisters from all communities to stand up and be counted. 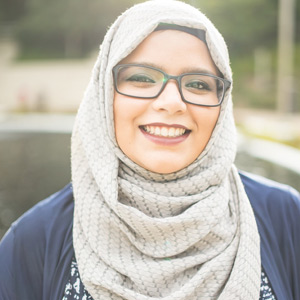 Aisha Yaqoob (Policy Director, Asian Americans Advancing Justice–Atlanta), was one of the conveners of the Atlanta march, invited by the organizers to be a part of the core team. She had already been engaged in persuading her community to become more assertive in local politics: “In late 2015 and pretty much all of 2016, I got really fired up about getting my community to get active in the political process and actually show up to vote. I started the Georgia Muslim Voter Project to register and encourage Georgia Muslims, in particular, to get civically engaged. I spent the better part of 2016 working with communities of color across the state to register new voters. On November 8th, so many of my community members showed up to vote for the first time and I felt great pride in that. Unfortunately, that pride was clouded by election results that were less than reassuring. So many of us felt dejected and disappointed in ourselves and in the process in general.”

For this South Asian activist, the march was an ideal opportunity to resolve her disappointment and also to leverage the power of a popular, democratic movement. “I joined because I wanted to get our communities fired up about something. I wanted them to realize that it wasn’t just them that were disheartened. I wanted women, in particular, to understand that there is so much more to look forward to, and so much work to be done. I joined the march because it was a way to let out my disappointment with the incoming, and now, President, but work towards a future where we are no longer silent about the issues that plague women, communities of color, LGBTQ individuals, immigrants, and people with disabilities.” 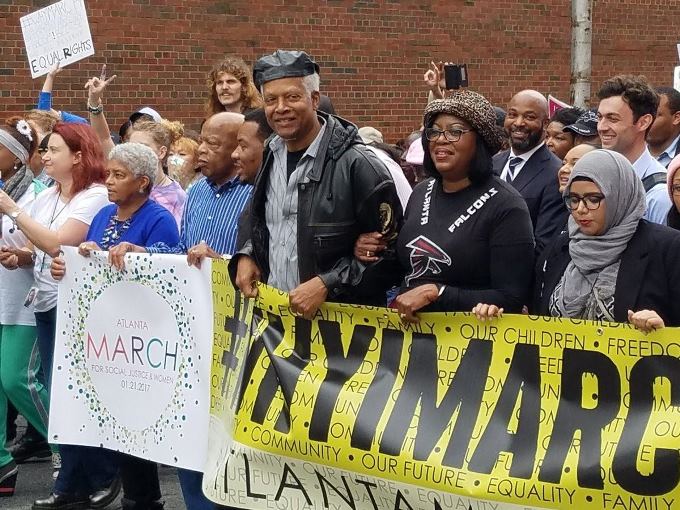 At the rally, Aisha encouraged the participants to take the People’s Oath: “I led the crowd in taking the same oath that the President does every four years, in pledging to defend the constitution. For us, it was an oath to keep our leaders accountable and to remember that we have the power to make great change. We continued by having community leaders call people to run for office and get involved in other ways. Our plan is to push calls for action on a regular basis and to ensure that the 63,000 people keep the oath they made on January 21st, 2017.”


Sri Das, who has lived in the U.S. for 23 years, was another participant in the Atlanta march. Sri confesses that for the better part of her adult life, she, like most South Asian women, had never participated in grassroots politics, preferring instead to be a bystander. So what made her jump into this one? Says Sri, “The need to attend the Women’s March on the 21st of January became important to me because for the first time I felt uncertain of my place in this great country. The harmful rhetoric, which was so effortlessly circulated, heightened my nervousness. When a friend invited me to join the protest march in Washington, D.C., I immediately wanted to participate. Logistics did not permit me to join the D.C. march, but I am honored to say that I did participate in the Atlanta march.” 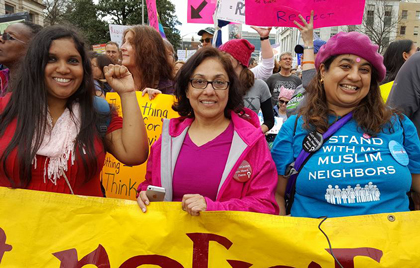 Sri recollects her impressions of that rainy, windswept, yet exhilarating day. “I woke up early that morning to talk to my daughter who was going to the Washington, D.C., march from New York. I asked her to keep me posted about her whereabouts. With little knowledge of what to expect, I drove to the Doraville station and found the first parking lot full. My anticipation went up a notch. I finally found parking on the deck and walked to the ticket counter and saw a long and winding queue of people. These were families with babies in strollers, men and women of all ages, groups of friends, and students all unfazed by the incessant rain. Each person was holding some type of a banner having a common “Fight for What’s Right” theme. The train was overflowing with this energized group. Some were distributing statement badges while others were talking about concerns. I, too, was (and am) fired up and ready to go. I was joining Raksha, a nonprofit support group for the South Asian community in Georgia, in their march for social justice.”

Despite heavy rains, the march took off and attracted an unprecedented number of volunteers. Sri captures the mood of the participants: “The march started slowly but surely from the Centennial Park area. The air was filled with sounds of upbeat slogans that were accompanied by drums, tambourines, and saxophones. There was so much hope and empathy in the atmosphere where everyone was voicing their concerns in unison. Even Mother Nature decided to show solidarity by letting the sun come out. We chanted slogans like ‘LOVE NOT HATE, THAT’S WHAT MAKES AMERICA GREAT!’ The march ended peacefully at the Capitol with an estimated 63,000 people present. This march represented the idea of accepting and respecting all. I am proud to have participated in this momentous occasion. I feel that the time for social change has come, and the momentum that has started will collectively continue.”