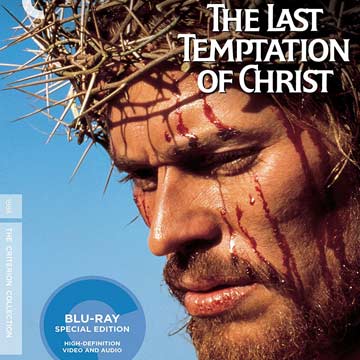 The curtain opens and the film begins. In slightly more than two hours I will know why tens of thousands of ordinary people have hit the streets to protest its contents, why threats have been issued against the film’s producers and actors, and why enraged religious authorities scream, “Blasphemy!”

What? Where did you get that idea?

No, this is not about Padmaavat! Why would I write about Padmaavat? What would you have me say? From my American perspective the film was as controversial as Mary Poppins, the 1964 classic starring Julie Andrews and Dick Van Dyke. Please, my reference is to the 1988 film, The Last Temptation of Christ.

I understood the anger. But ban the movie? No!

A recent Pew Research poll on free speech and media found that Americans are the most likely people to allow that (to paraphrase) “even if I do not agree with a darn thing that comes out of your ignorant mouth, you have a right to say it or produce it.” When asked what he thought of The Last Temptation of Christ, Dr. Rubel Shelly of the Church of Christ in Nashville dismissed the film as blasphemous, but then added that Universal Studios had the right to make the film.

But before we indulge in another American best—self-congratulations—we should consider that our country has not always been so accepting of those who wish to publish controversial materials. Sure, our First Amendment to the Constitution guarantees free speech, as does Article 19 of India’s, but such general language is subject to legal interpretation, the “backbone” of the creator of the materials, and the whims of local communities. Examples—yes, we need examples.

Do you think the word “pregnancy” offensive? Well, no, you don’t. But in 1952, CBS deemed the word too vulgar for its I Love Lucy show. The p-word, you see, implies the s-word. Never mind that in real life the p-star of the sitcom, Lucille Ball, was married to her co-star, Desi Arnez.

To be clear, there was no government law that dictated the single-foot-planted-on-the-floor rule. After a public outcry over a few scandals during the 1920s, Hollywood thought it better to censor itself than to have the government apply rules. The Hays Code, named after Will H. Hays, the president of the Motion Picture Producers and Distributors of America, went into effect in 1934 and lasted for over thirty years.

"The code sets up high standards of performance for motion-picture producers," Hays claimed at the time. "It states the considerations which good taste and community value make necessary in this universal form of entertainment." No film should "lower the moral standards of those who see it," and "the sympathy of the audience shall never be thrown to the side of crime, wrongdoing, evil, or sin."

Nakedness was off limits. So was suggestive dancing and lustful kissing, as was the mocking of religion or an interracial romance.

And, if you can help it, do not allow Elvis Presley to suggestively roll his hips on the Ed Sullivan Show. Ed Sullivan could not prevent it. The times, even in 1955, were a-changin’.

But in 1967, as a thirteen-year-old boy, I did not know that the times were a-changin’.

My world was mostly a menagerie of Catholic nuns, baseball games, and Sunday worship. Once in a while a friend would show me a copy of Playboy magazine. Another might whisper that while Mick Jagger sang, “Let’s spend some time together” on the Ed Sullivan Show, the actual lyrics were, “Let’s spend the night together.” I knew nothing of substance about The Graduate, that year’s controversial movie about a college student who, um, loved mother, then daughter.

Hey! What about old single foot planted on the floor rule?

In 1968, the Hays Code was officially retired and replaced by the current system of rating movies by content. It is worth noting that in 1970 the then X-rated movie, Midnight Cowboy, won the Academy Award for “Best Picture.”

And yet, in 1971, my mother had to sign a slip of paper, informing my high school English teacher that I had her approval to read Nathaniel Hawthorne’s 1850 classic, The Scarlet Letter. The story revolves around Hester Prynne, a young Puritan woman whose affair with a minister yields an illegitimate child. When published, some considered it “pornographic and obscene.” Some still do.

So how, exactly, do we Americans decide what is “acceptable?”

Most of us know that the First Amendment to the American Constitution provides us the right to free speech, but how have those vague words, written before radio, television, and the Internet, been interpreted over the years?

For the first few decades of American life, communities mostly regulated their own behaviors. The first national challenge to the First Amendment occurred with the passage of the Comstock Act in 1873. Named for Anthony Comstock, a zealous crusader against “obscenity,” the act criminalized publication, distribution, and possession or information about, or devices or medications for “unlawful” abortion or contraception.

Encouraged by the ruling, Comstock took his morality crusades to the cities. Over the course of many decades he and his followers destroyed tons of “offensive” materials. In 1895, a new word, “comstockery,” first appeared in the New York Times. It meant “censorship because of perceived obscenity or immorality.” Comstock felt most welcome in religiously conservative Boston.

I wish I could write, “Blame what follows on the Puritans,” but I cannot. The main reason Comstock was so well received in Boston was due to the hordes of conservative Irish-Catholics who had just arrived in the city, including my own ancestors!

Following Comstock's lead, Boston's city officials banned things they found to be offensive. They were aided in their efforts by a group of private citizens, the Boston Watch and Ward Society. In 1902, the club’s secretary, a humorless Methodist minister, singlehandedly censored dozens of books.

Finally, in 1926, the fear that Comsotck and his group had inflicted with their bans and arrests came to an end when the writer H. L. Mencken challenged the minister, first in a public-square debate and then in court. It was in the latter that a judge decided private citizens could not take the law into their own hands.

Sadly, for I like descriptive slang, the phrase, “banned in Boston” has all but disappeared from everyday language. In my parent’s time, the phrase was a reference to something lurid, sexy, and naughty. My daughter’s generation has little reason to know the expression.

Oh, yes, I should add that when a work was designated as “banned in Boston,” it often increased national sales!

But such was not quite the case with The Last Temptation of Christ.

Aware of mounting organized pressure against the film, in 1987 Universal…arranges a private advance screening for agitated groups, including Reverend Donald Wildmon's American Family Association and Bill Bright's Campus Crusade for Christ…Bill Bright offers to reimburse Universal for its investment in The Last Temptation of Christ in exchange for all existing prints, which he vows to destroy. Universal responds with an open letter in newspapers across the country, saying that acquiescence to these forces would infringe on the First Amendment rights of all Americans.

As a result of the public protests, three cinema companies refused to screen the movie at their combined 3,500 theatres.

The Last Temptation of Christ would be nominated for an Academy Award, as would it director, Martin Scorsese.

During the 1992 Republican National Convention, Pat Buchanan declared that American politics had become a “cultural war.”

Me? I did not care for The Last Temptation of Christ. I am too religious to waste any future time on such movies.

But in the American spirit of things, I will defend your right to make it.