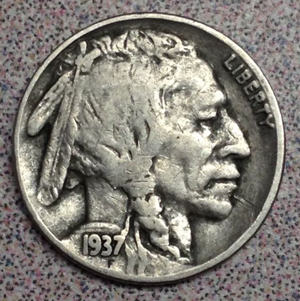 This old Indian head nickel (left) reminds us of the forgotten side of the coin in American history.

A modest proposal for our Thanksgiving tradition.

The 400th anniversary of the event inspired the first official Columbus Day holiday in the United States. President Benjamin Harrison issued a proclamation in 1892, “recommending to the people the observance in all their localities of the 400th anniversary of the discovery of America…” and describing Columbus as “the pioneer of progress and enlightenment.” —The Library of Congress

After the Revolutionary War, our nation needed heroes and stories for the first chapter of American history, and what better narrative than the epic one of Christopher Columbus, the man who braved the unknown perils of the Atlantic Ocean to discover the New World?

Well, I have that better narrative. It took a few months for me to find it, but when you consider that nearly five hundred years passed before the truth was first made public, cut me some slack. I should also add that some of the natives are not so happy.

Well, so sorry. I just reread that last line and find it lacking. I should have written, “The natives who believe in the fairy tale of Christopher Columbus are not so happy, but America’s truest natives, that is, the Indians who lived here before the Europeans, should feel better for what follows.” 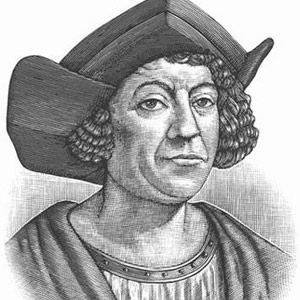 I first learned about Christopher Columbus during my elementary school years. When the Catholic nun commanded our class to take out a pad of paper, we did. When she added, “And write down my exact words between the thin blue lines on your pads,” we did that, too.

That simple line—the opening verse to an otherwise forgotten poem—is one of the most remembered and recognized bits of prose in American history, in the pantheon of phrases such as “Take me out to the ballgame” and “Oh say, can you see.”

After our class wrote those words, we listened to the amazing story of how a man born in Genoa, Italy grew up to lead three wooden ships, the Niña, Pinta, and Santa Maria, across the vastness of the Atlantic Ocean in search of a better trade route to the East. In those days, we learned, the earth was thought to be flat, meaning that the crew challenged established science as they sailed west. I wanted to be Christopher Columbus.

King Ferdinand and Queen Isabella of Spain, the monarchy that had sponsored the journey, were delighted when Columbus returned from his voyage of discovery, even happier when he lied and reported that the land had plenty of gold. A return trip was quickly organized, and then another, but few Americans know or care what happened on his subsequent journeys. After all, he discovered our country, and that is enough.

It is not enough.

Christopher Columbus never set foot on the American mainland. His travels took him to the Bahamas and the coasts of Central and South America.

Christopher Columbus did not prove the world was round. By 1492, the educated world already knew the world was not flat. He proved nothing that the Greeks had not figured out many centuries before.

On his first day in the New World, he seized six native people because he thought they would make good servants. When he returned to Europe after his second voyage, he did so with over a thousand captives bound for slave auctions in Cádiz, Spain. When native people dared to protest their conditions, Columbus killed the troublemakers and ordered their dismembered bodies to be paraded through the streets.

The courage and the faith and the vision of the Genoese navigator glorify and enrich the drama of the early movement of European people to America. Columbus and his fellow voyagers were the harbingers of later mighty movements of people from Spain, from Columbus's native Italy, and from every country in Europe. And out of the fusion of all these national strains was created the America to which the Old World contributed so magnificently. 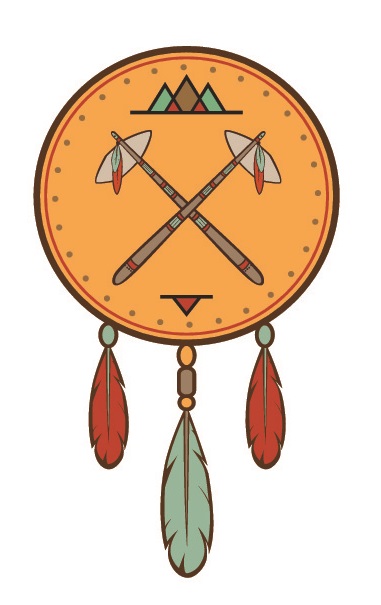 During my early elementary school years, a far lesser amount of time was spent learning about Native Indian history. Our focus was on the side of the coin that featured Christopher Columbus, the Pilgrims, and George Washington, and not so much the inconvenient history on the flip side of that same coin. But I do remember, on one long ago day, a Catholic nun telling our class about the important role that a group of upstate New York Indian tribes, the Iroquois Confederacy, played in the fight between the French and British for control of North America.

If she said anything more, I remember nothing, and that is the story of our Native Indians. Most of us know that European diseases decimated the tribes.

Most of us know that we broke many peace treaties in our pursuit of land and wealth. But we lose our tongues if asked to describe a single contribution by our nation’s first people.

In fairness to the not-knowing people, it is difficult to find much in the way of native heritage. Is this confusing? We destroyed much of it, ignored nearly all of it, and rewrote what we didn’t like. Hello, Christopher Columbus! Goodbye to the Last of the Mohicans! In this past year, I went looking for improved understanding, but nearly came away empty-handed. Even a trip to the hard-to-get-to Cherokee Heritage Center near Tahlequah, Oklahoma yielded little.

But one night, when I thought all hope lost, I remembered that long-ago mention of the Iroquois Confederacy.

I kept typing queries, one leading to another, feeling as I did so that I had turned back to the days my sister and I would head to the woods near our Poughkeepsie, New York home in search of Indian arrowheads. We kept digging until we found what were seeking, knowing that just a bit of dirt stood between the present and the past.

In 1988, the United States House of Representatives passed Resolution 331:

Whereas, the original framers of the constitution, including most notably, George Washington and Benjamin Franklin, are known to have greatly admired the concepts, principles, and government practices of the Six Nations of the Iroquois Confederacy; and

Whereas, the Confederation of the original thirteen colonies into one Republic was explicitly modeled upon the Iroquois Confederacy as were many of the democratic principles which were incorporated into the Constitution itself; and…

Now, therefore be it Resolved by the Senate and House of Representatives of the United States in Congress assembled, that:

The Congress, on the occasion of the 200th anniversary of the signing of the United States Constitution, acknowledges the historical debt which this Republic of the United States of America owes to the Iroquois Confederacy and other Indian Nations for their demonstration of enlightened, democratic principles of government and their example of a free association of independent Indian Nations…

Several cities in the western parts of the United States, including Los Angeles, Seattle, Albuquerque and Denver, have already replaced Columbus Day with Indigenous Peoples Day. Fair enough, and that is a fine start to an overdue correction, at least for many of America’s citizens. But I have a better idea.

The significant role that the Iroquois Confederacy played in our country’s formation, as beautifully explained in House Resolution 331, should be part of our Thanksgiving narrative. Let us ditch the hoary story of a grateful group of already-decimated Indians sharing a happy meal with the Pilgrims, for a better story, one that truly pays tribute to the first nation tribes, and the great influence they had on our American heritage.