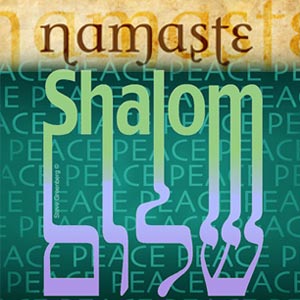 Your son scored a perfect grade on the entrance exam for colleges. He also graduated at the very top of his high school class, no small accomplishment given that his school ranks as one of the best in the country. Oh, yes, he was captain of his high school’s varsity tennis team, and in his “spare time,” he taught English to just-arrived immigrants. “You will be able to attend any college you wish,” you tell him. He applies to Harvard and is rejected.

You perform a few Google queries and find that a Princeton sociologist calculates that Asian-Americans need SAT scores about 140 points higher than white students to get into elite colleges. You find stories explaining that this apparent prejudice has precedence in American history. In the early 20th Century, the newly arrived Russian Jews were similarly discriminated against.

The story I have just cited is true. A lawsuit alleging racial discrimination has been filed against Harvard by a group called the Students for Fair Admissions. There is absolutely nothing I can do to help your son gain admission to Harvard, but I can most certainly explain the reference to New American Jews. Ours will be a leisurely journey, one that encompasses why the Jews left their home countries, their early experiences in America, and the rich impact they have had on our history and culture.

Let us imagine that in the year 1881, you and I are Jews living in a small, self-sufficient community on the outskirts of a Russian village. We tend to ourselves and try not to interact with Russia’s non-Jewish people, for since the days of the Egyptian pharaohs nothing good has ever come from our race interacting with others. So we keep to ourselves as we raise our families, help our neighbors, and share what there is to share. We Orthodox Jews are very traditional in our beliefs. But our peaceful life ends when our Russian Tsar, Alexander II is assassinated. Without his protection, the underlying mistrust and hatred of the non-Jewish people will be unleashed, not just here in our immediate area, but in all of Russia and Eastern Europe. We pack our bags for America, not knowing that nearly one-third of our fellow Russian Jews have reached the same decision. In a few decades, Adolph Hitler will murder nearly six million Jews.

You and I are lucky, are we not?

We leave our Russian village, bribe our way across the unsafe lands of Eastern Europe, pay the price for passage to America, and finally enter New York Harbor. There is no need to imagine any more, for here are the childhood recollections of the Jewish writer, Anzia Yezierska.

“Land! Land” came the joyous shout. “America! We’re in America!” cried my mother, almost smothering us in her rapture. All crowded and pushed on deck. They strained and stretched to get the first glimpse of the “golden country,” lifting their children on their shoulders so that they might see beyond them. Men fell on their knees to pray. Women hugged their babies and wept. Children danced. Strangers embraced and kissed like old friends in love. Age-old visions sang themselves to me—songs of freedom of an oppressed people. America!—America!

Upon their arrival, most of the Russian Jews pass- ed through Ellis Island, the famous immigration processing center in New York Harbor. If allowed entry into our country—and at least 5% were not—many made their way to the Jewish communities in New York’s Lower East Side. Once there, they found lodging in cheap, low cost housing known as tenements. In 1800, less than 1% of the world’s Jews lived in the United States, but by 1920—due mostly to the arrival of around two million Russian Jews—the number had increased to 22%.

Many of the newly arrived Russian Jews could not speak English. Most were poor. All were accustomed to pre-industrial village life, where neighbor helped neighbor, synagogue attendance was required and non-Jewish influences, minimal.

How lost these Russian Jews must have felt in America, this every-man-for-himself land, where success is often measured by wealth and material possessions! How confused they must have been by their “cousins,” that is German Jews who had arrived in America in earlier decades! The German Jews were highly educated, had worked hard to gain respect in their local communities, and had modified the Orthodox Jewish religion to a more relaxed “Reformed” tradition. Why, a few had even married Christians! Initially, German Jews kept their distance from the new arrivals, but concerned there might be a backlash against all Jews unless the new arrivals upgraded their dismal standings, they assisted with the Russian Jew’s integration.

With just a few minor changes, I could have written this same immigration narrative about the Irish, Italians, Poles, and Germans. Between 1880 and 1920, over 20 million immigrants managed to travel to America in the hopes of finding a better life. This was the era of our Industrial Revolution, and opportunities abounded for those willing to work. Jews, with their tight knit families, strong communities, and a belief in education, quickly improved their situations. Soon, they sought entry to the nation’s finest colleges, including Harvard.

In 1922, Harvard's president, A. Lawrence Lowell, proposed a quota on the number of Jews gaining admission to the university, arguing that Harvard could only survive if the majority of its students were White Anglo-Saxon Protestants, WASPs, for short. He figured that by capping Jewish admissions to, say, 15% of total recruitment, campus resentment toward the Jews would lessen.

Harry Starr, the son of a Russian immigrant, argued that Lowell was wrong. To facilitate discussions, he organized meetings to discuss Lowell's ideas. As Starr recalled in 1985, “We learned that it was numbers that mattered; bad or good, too many Jews were not liked. Rich or poor, brilliant or dull, polished or crude—the problem was too many Jews.”

Starr pressed his case, said there could be no “Jewish problem” at Harvard or in America. “The Jew cannot look on himself as a problem.... Born or naturalized in this country, he is a full American.”

Eventually, Harvard’s overseers appointed a 13-person committee, including three Jews, to study the “problem.” The committee rejected the idea of a Jewish quota, arguing, instead, that it would be better if Harvard was a more diverse university. Perhaps less emphasis should be placed on the entry exams, which many urban Jews excelled at, and more on factors such as geography and class ranking. As a result, by 1931, Harvard’s Jewish ranks were trimmed to 15% of the student body. Today, Asian-Americans make up approximately 17% of Harvard’s student body. In 1993, the percentage was 20.

When we take the larger view, Jewish-American contributions to American history and culture have been immense. In May 2013, Vice-President Joe Biden, while addressing a Jewish audience, acknowledged that Jewish heritage has shaped who Americans are. He highlighted their contributions by saying, “You make up 11 percent of the seats in the United States Congress. You make up one-third of all Nobel laureates.”

Amen, and to that I wish to add the story of Max Heller.

In 2010, while attending a function at Furman University, I was introduced to a frail, neatly dressed, man. He introduced himself as Max, but I called him Mr. Mayor. Thank you for what you have done for our city, I told him. He smiled, said no, I was glad to be of service.

Max Heller, a Jew, was born in Austria, a country that was claimed by Adolf Hitler in 1938. Desperate to escape the Nazi regime, Heller wrote a letter to a young Christian woman he had met by chance during her tour of Europe. She received the letter and took action. Soon, Mr. Heller, his parents, and a few other family members came to live in Greenville, South Carolina.

It is an understatement to say that Mr. Heller “gave back” to Greenville. His popularity and talents were such that he was elected mayor of our very Christian town in the 1970s. Our renowned downtown area is a testament to Mr. Heller’s vision, planning, and leadership.

Can we agree that Jewish-Americans have set a very high standard of excellence? In another fifty year or so, we will have at least a century’s worth of Indian-American history to consider. The early returns are incredible, and your contributions, immense.