Americana: The Heart of the Tip 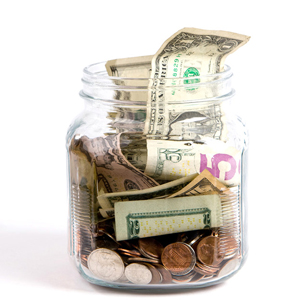 Mr. Smiley and Mr. Lee passed out white envelopes. We suggest that each family place two hundred dollars in the envelope, they explained. Instead of you having to tip each bus driver, tour leader, or server, we will take care of that for you. At the end of our tour, we will provide you an accounting of how we disbursed the money.

“I don’t believe in tipping. I am not going to put any money in the envelope.”

“Oh no,” I whisper to my wife. “Get ready for a speech. He’s British. For all we know, he may be a member of the House of Lords. If he is, we’re doomed. He will talk for hours.”

Five minutes into his monologue, the man realized that no one cared what he thought. He then mumbled something about how he thought Royal Viking Cruise Lines was a British company and that he thought he would be with his fellow citizens, but now he can see that Viking caters to Americans and how he wished he had known that before booking. He then plopped down in his seat.

We never saw the man again.

That very afternoon, he contracted a debilitating lung virus and had to be taken to a hospital. Mr. Lee gave me that tidbit later in the trip.

Now I am not saying there is a relationship between tipping and lung viruses, but I will offer that if you wish to be perceived as an American and not a Russian, Chinese, or British Lord, you need to know when to dip into your wallets. Learn this basic skill and you will earn diamond level services across a broad range of American life. Sound good?

Put away your calculators. Forget lists of services and suggested percentages. I am going to simplify all of this madness, but, first, the basics.

How is this for starters?

We Americans invented the Ferris wheel, the chocolate chip cookie, and dental floss, but we did not invent tipping. The practice actually began in Europe as a way for its aristocrats to toss a few coins to social inferiors. Initially, such a practice was deemed anathema to an America eager to rid itself of this notion of superiors and inferiors. But two influences overwhelmed the resistance.

After the Civil War, rich Americans began traveling to Europe in significant numbers. Impressed by Europe’s aristocrats, they absorbed and subsequently spread some of their habits, such as tipping. On the other side of that coin, tens of millions of European immigrants arrived in our country during the latter decades of the nineteenth century and the first two of the twentieth, many of whom were at least superficially aware of the custom. But despite these two factors, some in our country thought tipping not much different than an Old Testament plague.

In 1897, the New York Times noted that it was spreading like “evil insects and weeds.”

“Tipping, and the aristocratic idea it exemplifies, is what we left Europe to escape,” William Scott wrote in his 1916 book, “The Itching Palm.”

Ralph Waldo Emerson offered, "I sometimes succumb and give the dollar, yet it is a wicked dollar, which, by and by, I shall have the manhood to withhold."

When William Howard Taft, who prided himself on never tipping his barber, ran for president in 1908, he was projected as "the patron saint of the anti-tip crusade."

In 1915, six state legislatures—Wisconsin, Illinois, Iowa, Nebraska, Tennessee, and South Carolina—all passed laws banning the practice. In 1904, the Anti- Tipping Society of America formed in Georgia and its 100,000 members signed pledges not to tip for a year. But by 1926, every anti-tipping law had been repealed.

Like it or not, and I can argue both sides, tipping is here to stay. So without further ado, here is “Bill’s Helpful Guide to Tipping,” beginning with the easiest lesson.

Say, for example, that your flight has touched down in Huntsville, Alabama just ahead of some approaching tornadoes. You land. You are escorted to the storm shelter. You find yourself crammed into this room with one hundred other passengers and two bellhops. You have big suitcases with lots of demo gear. Here is what you do.

You give a knowing nod to one of the bellhops. He nods back. Deal on. You have procured superior service. You have demonstrated a mastery of what Michael Lynn, a nationally recognized expert of the history and culture of American tipping, calls one of the five basic motives for tipping: to get a future service. And you live up to your end of the bargain by tipping generously, very generously, profusely so. I gave the bellhop forty bucks for both hauling my bags and producing an umbrella to keep me dry.

What? Well, yes, people from India might say the line between a tip and a bribe for future services is quite thin.

Now imagine that you just moved to a new city, say, Greenville, South Carolina. Wishing to meet people with similar interests, you join a local ski club and signup for a trip to a Canadian ski resort. You join the group for dinner. When the one check for the table arrives, they whip out calculators and discuss, line item by line item who ordered the extra anchovies and glasses of wine. Fifteen minutes later, they busied themselves with their precise, fifteen percent tipping calculations.

The service had been superior, spectacular even, given our large table. I watched the penny-pinching diners with increasing frustration. After spending over a thousand dollars for this ski trip, can you give the hard working server an extra buck, or two, or three?

Sorry for the rant. It has been three decades and I still squirm thinking of that event. It is the best example I can offer that supports Michael Lynn’s view that many people, like some of those on that ski trip, “tip out of a sense of duty.” Period.

My dad taught me how to catch baseballs and fish. He also gave me my earliest lesson on tipping. When IBM asked him to work out of San Jose, California for a few months, he immediately accepted the assignment. His Poughkeepsie, New York manager gave him some interesting advice. “After work, if you have a drink at the hotel bar, make sure it is a fine mixed drink and not a lesser beverage, like a beer that your counterparts from General Electric might drink. And if the GE men leave a nickel tip, you leave a dime.”

This “dad story” fits neatly into another one of Mr. Lynn’s motivations for tipping: to show off.

The fourth of Lynn’s five motivations is less interesting to me—you do not want the server to think badly of you—so we will move to the fifth and return to the story of Mr. Lee and Mr. Smiley.

Both men were Vietnamese. Both were from humble backgrounds. When we visited a national museum, Mr. Lee delighted in showing us how to use the primitive farm tools, adding that his dad still used them on the family farm. Told us a bit more, too.

For two weeks we toured the country that we once bombed and napalmed. “Americans are most welcome in Vietnam,” Mr. Lee told us. “Even if bad things happened during the war, we know that many good Americans helped our people and country.”

It is here that I arrive at the last of Mr. Lynn’s motivations: people tip ​to help the servers.

Why not reach into your wallet for a dollar or two that you will never miss? To be charitable to others is also part of American culture, and it is there, not in the rigid rules of services and percentages that we find the best guide for the otherwise confusing topic of tipping, American style.

It is not about receiving diamond service, it is about extending a hand—that is what I think.