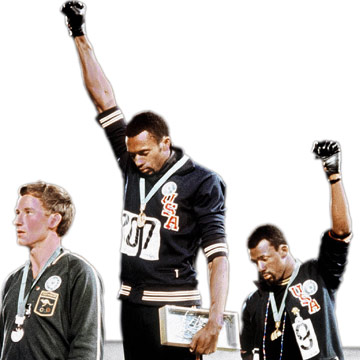 It all started famously in 1773, with the Boston Tea Party. A circumspect look at the legacy of protests and protesting.

The First Amendment to the Constitution provides us the right to say what we wish and to protest what we do not like. It does not mean that there will not be a severe price to pay for those who take the stand, nor does it mean that our actions will be remembered.

What did Occupy Wall Street accomplish? Ah-ha! Busted! You have forgotten that 2011 protest movement!

In 2017, many black professional football players, wishing to protest racism and social inequities, knelt during the playing of the National Anthem. You want to know what I think?

Years ago, when I asked my dad if he wished to tour a restored fort in Nova Scotia, Canada, after he looked at the structure and a guide dressed in period costume said, No, I’ve already seen it! I laughed. My mother, who did not understand the nuance, shouted, “No! You’ve never seen this! Why did you say that? We’ve never been in Nova Scotia before!”

So I feel for the Occupy Wall Street and Kneeling Player protests. I have already seen far more significant moments.

In the months leading to the 1968 Summer Olympics, both Dr. Martin Luther King Jr. and presidential candidate Senator Robert F. Kennedy had been assassinated. Blacks, frustrated at the slow pace of social change, burned blocks of our inner cities. The Vietnam War divided not just the country, but pitted father against son. Moments of solidarity were rare, but perhaps it is with that hope that we turned our television sets to the Olympics and the two-hundred-meter dash.

With skill and power, two American black men raced around the final curve, each determined to win Olympic gold. Suddenly, a white Australian runner dashed into contention. “We won,” I shouted, when John Carlos crossed the finish line first. The Aussie, Peter Norman, finished second, and the other American, Tommie Smith, third.

Our medal lead over our Cold War antagonist, the Soviet Union, had just increased, so I had two reasons to celebrate.

But wait, what is this?

As Smith and Carlos walked toward the awards podium they removed their shoes. We would later learn it was to protest our country’s poverty. Carlos then unzipped his Olympic jacket, in support of "all the working-class people, black and white, in Harlem, who had to struggle and work with their hands all day.”

Carlos had covered the “USA” on his uniform with a black T-shirt to "reflect the shame I felt that my country was traveling at a snail’s pace toward something that should be obvious to all people of good will."

Both men wore beads and scarves to protest our country’s racial lynching. And when the national anthem played, instead of gazing at the flag and placing their right hand over their heart, each lowered their head as they raised a black-gloved fist. Smith wore a black glove on his right fist, Carlos a black glove over his left.

Norman simply stood on the second place stand seemingly indifferent to the boos that the stadium’s fans now directed at Carlos and Smith. A large contingent of fans began to scream the national anthem. "It was like they were saying, ‘Oh, you anti-American sons of bitches. We’re going to shove the s–t down your throat!’" Carlos later wrote. "They screamed it to the point where it seemed less a national anthem than a barbaric call to arms. "

The Olympic Committee president ordered Smith and Carlos suspended from the U.S. team and banned from the Olympic Village. There would be death threats against both.

Before we complete their story, let us consider other similar moments in American history, beginning with the granddaddy of them all, the 1773 Boston Tea Party. Objecting to “taxation without representation,” a handful of men snuck aboard a few British ships and chunked tons of tea into Boston Harbor. Sure, the appealing narrative is remembered for stoking the fires of independence, but as importantly, it advanced the notion that we the people had the right to protest an injustice.

The influential Henry David Thoreau furthered the notion that an individual had a responsibility to protest injustice. His writings, most notably “Civil Disobedience,” would influence Gandhi, King, and our country’s common citizen. In 1849, he refused to pay a poll tax, saying, “I cannot for an instant recognize that political organization as my government which is the slave’s government also.”

Combine these early influences of taking matters into your own hands, with the rights of speech and assembly as described in the First Amendment, and you have one active and vibrant democracy.

As I write this narrative I am very aware that as a white, educated, heterosexual male, I have had little to protest! Often, the anger is directed at me! Hey! I can’t help being who I am!

My sex, color, and privilege have not lessened my admiration for those people and movements that have advanced our country’s promise of equality for all. Thoreau was right—without the push of the people, we would be less of a country.

But not every person gets it right and not every protest makes it to the pages of history. Consider the story of the once famous actress, Jane Fonda. Like millions of other citizens, she wished to protest the Vietnam War. But unlike those who were satisfied to simply march and vote, Ms. Fonda traveled to the capital of North Vietnam, Hanoi, to sympathize with our enemy. She was photographed sitting on a weapon used to shoot down American planes. She made several radio announcements to ask our pilots to stop the bombings.

As she engaged in her well-publicized protest, now-Senator John McCain and others were being tortured and held prisoner of war in the “Hanoi Hilton.”

Ms. Fonda now has regrets. "It hurts me, and it will to my grave that I made a huge, huge mistake that made a lot of people think I was against the soldiers." Many still call her "Hanoi Jane." Many still believe her actions treasonous.

The importance of a properly planned and calculated protest can be seen in the forgotten story of Claudette Colvin. Nine months before African-American Rosa Parks achieved international fame when, in 1955, she refused to relinquish her seat to a white person on a Birmingham bus, Ms. Colvin had done the same. So why do we remember Ms. Parks and not Ms. Colvin?

We do so because African-American leaders wished to put forth the best possible person to advance their cause. The person should have an impeccable background and present the right image. Colvin notes that Parks had the right look and that she did not. “Her skin texture was the kind that people associate with the middle class,” says Colvin. “She fit that profile.” It did not help that some believed Ms. Colvin, then a teenager, was pregnant with an out-of-wedlock child.

In 1999, President Clinton awarded the now deceased Ms. Parks the Congressional Gold Medal of Honor. The equally courageous but forgotten Ms. Colvin now lives in the Bronx, New York. And speaking of people who live in the historic shadows, let us return to the story of the Olympic runners.

“As soon as he got home he was hated…” The writer is not describing Smith or Carlos, though they certainly dealt with the fallout. Matthew Norman is describing the reception his uncle received when he returned to Australia. No one had noticed, at least at first, that his uncle was wearing a badge that read, “Olympic Project for Human Rights,” an organization opposed to racism in sport. When it was noticed, the act, and his soon uncovered support for Carlos and Smith, ended his career. Australia had its own issues with segregation and did not wish for its greatest sprinter to inspire a nation.

John Carlos put it best. “If we were getting beat up, Peter was facing an entire country and suffering alone.” Forgotten Peter Norman died of a heart attack in 2006. Well, no, not quite forgotten. Tommie Smith and John Carlos, both of whom now have an honored place in American history, delivered the moving eulogy on October 9, 2006.

In 2008, a movie about Peter and the events of Mexico City, written and produced by his nephew, achieved worldwide acclaim. In 2012, the Australian Parliament issued their apology.

Fifty years ago, I thought I was watching just an Olympic race, and I was wrong.