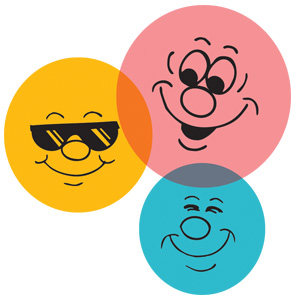 Be Happy! You’re an American!

We hold these truths to be self-evident, that all men are created equal, that they are endowed by their Creator with certain unalienable Rights, that among these are Life, Liberty and the pursuit of Happiness.

THOMAS JEFFERSON, The Declaration of Independence

Zig Ziglar is an iconic motivational speaker. I did not want to attend his seminar, but in 1979 I was a rookie salesperson and my boss made me go. He said I was not “happy enough” when I talked with customers. I disagreed, and said there is nothing wrong with me telling my customers that I am having a bad day if they ask. I sat in the back row of the auditorium and watched as Zig worked the large crowd.

“How many of you have an alarm clock on your nightstand?” he asked.

We all raised our hands.

The auditorium erupted in applause. Zig beamed, and then said, “Oh, by the way, you can purchase my books and videotapes during intermission.” Many people lined up to buy what Zig was selling but I did not. I snuck out, drove home, and to honor my Irish ancestors, I drank a beer. It is entirely possible I had two. In the morning, my alarm clock jarred me out of a deep and satisfying sleep.

We native-born Americans pursue happiness as if our very lives depend on it. There are no shortfalls of “Zig Ziglars” in matters relating to wealth, relationships, spirituality, sex, careers and family, nor is there any relief from the relentless marketing arm of the Happiness Industry. Feeling low? Buy a Happy Meal! Go to Happy Hour! Email a Smiley Face! When McDonald’s and their Happy Meals arrived in Russia, one of its first challenges was to train otherwise dour Russian employees to grin like cheerful Americans.
Happiness is elusive to define and difficult to measure, even within a single country. Such are the reasons I consider the Unit¬ed Nations’ annual attempt to rank the world’s countries and accompanying cultures according to “happiness” as interesting, but hardly authoritative. In 2013, for example, the United States placed a notch below Mexico, and well behind the happiest country, Denmark. India is much further down the list, behind both Pakistan and Bangladesh. In our review of happiness, we will stay clear of such dubious comparisons, and focus on what we know best—the history and culture of American happiness.
We begin by noting that for nearly all the world’s history, people have considered happiness a random circumstance, the exclusive province of capricious gods. To be sure, the famous Greek philosopher, Socrates, thought that happiness might be attained through human effort, but for the common man, such a thought was unimaginable. Even when we trade our Greek and Roman gods for the teachings of Jesus Christ, the notion of earthly happiness barely advances, as we merely change it from being the luck of the draw, to unimportant. “Do not be concerned with earthly happiness and treasures,”

Jesus said, and that belief held firm for 1500 years. It took Martin Luther’s revolt against the Catholic Church in the 15th century—the Reformation—to see a shift in Christian thought. Happiness eventually moves from being unimportant, perhaps even sinful, toward the view that the faithful should be merry.

Two other movements—the Renaissance and the Age of Reason—also influenced the thinking of Thomas Jefferson and our founding fathers. From 1500-1800, the arts flourished, philosophers like Francis Bacon and John Locke reconsidered the nature of happiness, and men like Galileo and Copernicus redefined our place in the uni¬verse. It is with this background that we arrive in 1776, the year that Thomas Jefferson wrote the phrase, the “pursuit of happiness” in the Declaration of Independence.

But what, exactly, did Thomas Jefferson mean when he wrote those famous words? The matter is hardly settled!

An Irish priest with big ears is pointing to a distant green field. “Your family came from that valley,” he tells my aging dad. “They were poor, sharecroppers in truth, because the British owned the land. Mr. Fitzpatrick, you say your family came to America in the 1866? My, my, your family survived the potato famine and made it to America. Yes, they were lucky, very lucky indeed.”

My grandparents and great grandparents and millions like them would not have given a tinker’s damn about whether Thomas Jefferson meant this or that. They were hungry and needed food, were thirsty and needed water, were without hope and needed a chance. Hard-working immigrants, wishing to improve their lives, provide for their families and pursue their dreams, viewed America as the land of economic opportunity, a chance to improve their material happiness, even strike it rich.

What do Planter's Peanuts, Wheaties, Kool-Aid, Kraft cheese, 7-UP, Gold Medal Flour, Kellogg's Corn Flakes, Coca-Cola, Oscar Mayer wieners, Birds-Eye frozen vegetables, Del Monte canned foods, Welch's grape juice, Peter Pan peanut butter, and Giant canned peas all have in common? These products were all introduced and then mass-marketed in the 1920s! Thanks to the Industrial Revolution and good paying factory jobs, millions of people now had money. People with money buy things! People buy things that make them happy! It becomes downright American to be happy, to sell happy, and to consume happy.

In 1979, the embattled Jimmy Carter was in the third year of his presidency and the country was not happy. Events in Iran and the Middle East had caused an energy crisis in America. Gas prices had increased and long lines had formed at the pump. The “misery index,” the sum of the unemployment and inflation rates, was over 20 percent, a number 8 percent higher than when he took office. Sensing the nation’s dark mood, on July 15, 1979, President Carter addressed the nation:

“The threat [to our democracy] is nearly invisible in ordinary ways. It is a crisis of con¬fidence. It is a crisis that strikes at the very heart and soul and spirit of our national will. We can see this crisis in the growing doubt about the meaning of our own lives and in the loss of a unity of purpose for our nation...but we've discovered that owning things and consuming things does not satisfy our longing for meaning…we've learned that piling up material goods can¬not fill the emptiness of lives which have no confidence or purpose.”

The “Crisis of Confidence” speech, with its very different view of American consumption and happiness, was initially well-received by the American public, but a week later, when Mr. Carter takes the nearly unprecedented step of firing his Cabinet, his ratings plummet. The address will be remembered as Mr. Carter’s “Malaise Speech.”

His opponent, Ronald Reagan, rode into our living rooms riding a tall white horse, or so it seemed. He spoke of government getting out of the way of the people, of unleashing our great potential, of America being the world’s “shining city on a hill.” His economic policies, most notably trickle-down economics, were based on consumption, not sacrifice.

Both Carter and Reagan invoked our founding fathers to support their different view of happiness. Mr. Cart¬er, a religious man, called for us to return to those early American values of faith in each other and trust in our institutions. Mr. Reagan emphasized the individual’s right to pursue happiness. One academic study I read noted that he used the word “happy” in his speeches, far more than any recent president. More often than not, he used it in an old-fashioned collective way, as in “all of us will be happier when…”

In 1980, Ronald Reagan won 44 out of our 50 states. In 1984, he won a staggering 49 out of 50! For a brief period of time we were a unified and happy country, seemingly mesmerized by an old and patriotic man who made us laugh, made us believe in the greatness of America, all with a view of happiness that Thomas Jefferson may or may not have intended.

Americana is a monthly column highlighting the cultural and historical nuances of this land through the rich story-telling of columnist Bill Fitzpatrick, author of the books Bottoms Up, America and Destination: India, Destiny: Unknown.