COVID-19  In-depth info for Indians in Atlanta/Georgia. Click here
Home > Magazine > Features > Americana: “Some Were More Equal than Others”

Americana: “Some Were More Equal than Others” 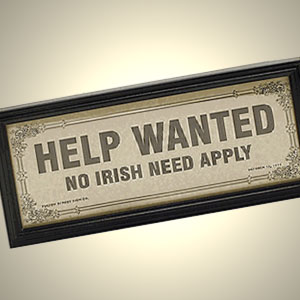 Most incoming new immigrant groups have been discriminated against, and some have even faced persecution.

“We hold these truths to be self-evident, that all men are created equal...” —from the United States Declaration of Independence.

“Once I thought to write a history of the immigrants in America. Then I discovered that the immigrants were American history.” —Oscar Handlin, Harvard University historian.

What? You thought that Christian beliefs, an English-speaking tongue, and Irish-white skin assured smooth entry into America?
It didn’t.

When the Irish priest pointed to a distant patch of green earth and said that my grandfather may have been born in that area, but that “you can’t be sure, no, you can’t be sure, because during the centuries of British rule the Irish weren’t allowed to own land so there aren’t real estate records to confirm where Irish families once lived,” the American citizenship that I had previously taken for granted became meaningful. My great-grandparents, as slaves in their own land, had somehow saved enough money to transport their dozen or so kids to America, survived the ocean voyage that killed 20 percent of those who made the effort, and faced humiliating discriminations after they passed through the immigration station at Ellis Island, and I can’t thank them because they are dead, long dead. They paid the price, I didn’t.

What? You thought that Christian beliefs, an English-speaking tongue, and Irish-white skin assured smooth entry into America?

Sure, today we celebrate St. Patrick’s Day and that’s all well and good, but when my great-grandparents arrived in the 1850s there was no such national celebration. The America of that era didn’t want my ragged and impoverished Irish-Catholic ancestors to populate their pristine Protestant land. We were called “Irish niggers,” and I have decided not to sugarcoat that phrase because, first, it is true; second, because the story of America is of how the Irish, along with the Africans, Chinese, and Japanese, suffered through decades of discrimination to gain access to Constitutional liberties; and third, because our immigration history, while frustrating, is affirming. Sure, my great-grandfather was once an “Irish nigger,” but 150 years later, America celebrates my Irish heritage on St. Patrick’s Day. Other immigrant groups have had similar struggles and successes.

The African-American saga is fairly well-known, so we won’t go into much detail, other than to note that our Founding Fathers, familiar names such as George Washington, Thomas Jefferson, and Benjamin Franklin, would have been shocked to have been told that in the future year of 2008, “We the people…” would elect a black president. Washington and Jefferson owned slaves, and Franklin wrote openly about the wonderful possibilities of a lily-white land, one devoid of native-American Indians and Negroes. The 1790 Naturalization Act stated that to be an American citizen, you had to be a “free white person” of “good moral character.”

The Chinese arrived in America during the California Gold Rush era of the 1850s and 1860s. Initially, they were welcomed, but when the whites saw the yellows hauling away the gold, discriminatory laws were passed and the Chinese gradually left the mines for other, more promising endeavors.

Some of the Chinese went to work in the rich farmlands of the West. Using skills from the homeland, they transformed California from a wheat-growing to a fruit-producing state. Others, drawing on their considerable engineering and construction skills, built the Central Pacific Railroad. None of the work paid fair wages. Often, the three disadvantaged groups—the ragged Irish, the historically brutalized Africans, and the yellow-skinned Chinese—were pitted against each other by the railroad owners. The disadvantaged groups, distrustful of each other, were unable to form a common labor union.

Think the achievements of the Chinese garnered respect? In 1879 President Rutherford Hayes wrote:

The present Chinese invasion was pernicious and should be discouraged. Our experience in dealing with the weaker races—the Negroes and Indians…is not encouraging…I would consider with favor any suitable measures to discourage the Chinese from coming to our shores.

Half of the 400,000 Chinese that had come to America eventually returned to their native lands. The ones that remained formed strong local communities, opened low cost-of-entry businesses that didn’t compete with the whites, such as laundries, and continued to press for citizenship. Even as they pressed their clothes and legal claims, they were subject to racial discriminations and random violence, more fully explored at www.noplaceproject.com.

During the 1890s, the Japanese immigrated to Hawaii because of economic hardships in their home country. Once there, they encountered the same discriminations that the Chinese had faced in California during the Gold Mining era. In an attempt to make a fair wage, the Japanese formed the Hawaii Laborers’ Association, a trade union consisting of Spanish, Filipinos, Portuguese, and Chinese workers. The initiative failed when the plantation owners engaged in the time-tested strategy of dividing and conquering. Eventually, the Japanese migrated to the mainland, only to again encounter widespread racial discriminations.

When the Japanese bombed Pearl Harbor, whatever hopes the second generation might have had for rapid assimilation vanished. Without any legal recourse, over 100,000 Japanese nationals were given numbers and assigned to internment camps. Despite the fact we were also at war with Germany and Italy, those whiteskinned immigrants went about their normal lives. The Smithsonian, on the subject of the Japanese and the United State Constitution, notes:

The wartime experience of Americans of Japanese ancestry holds important lessons for all Americans. Japanese- Americans demonstrated the importance of courage in adversity, loyalty to the highest ideals of the U.S. Constitution, and the ability of determined citizens to effect positive change. Through their struggle to ensure that all Americans understand the importance of extending the safeguards and protections of the Constitution to every citizen, regardless of race, color, or creed, they have moved all of us a bit closer to that "More Perfect Union" envisioned by the founders of the nation.

Lest you, my Indian-American friends, are feeling “left out” from the stories of the suffering Irish, Chinese, and Japanese, take comfort in the case of Bhagat Singh Thind. Mr. Thind, a Sikh, fought for the American cause during World War I and upon earning his honorable discharge applied for American citizenship. His case went to the Supreme Court. In 1920, Justice Sutherland expressed their unanimous decision denying Thind citizenship:

It is a matter of familiar observation and knowledge that the physical group characteristics of the Hindus render them readily distinguishable from the various groups of persons in this country commonly recognized as white. The children of English, French, German, Italian, Scandinavian, and other European parentage, quickly merge into the mass of our population and lose the distinctive hallmarks of their European origin. On the other hand, it cannot be doubted that the children born in this country of Hindu parents would retain indefinitely the clear evidence of their ancestry. It is very far from our thought to suggest the slightest question of racial superiority or inferiority. What we suggest is merely racial difference, and it is of such character and extent that the great body of our people instinctively recognize it and reject the thought of assimilation.

The McCarran-Walter Act of 1952 removed all racial barriers to naturalization. When immigration restrictions were subsequently loosened, the conditions were then ripe for those from other parts of the world to participate in American democracy. If it is easier, now, for arriving immigrants to immediately realize American freedoms, such a victory is due in part to the battles fought for and won by generations of immigrants. As we honor the obvious symbols of the marches, those great men such as Dr. Martin Luther King, Jr., we also should remember the quiet heroes, men like Bhagat Singh Thind, or in my case, my great-grandfather.

After the Irish priest pointed through the misty air to those distant green fields where my greatgrandparents once lived, we drove back to the nearby village. Once there, the priest unlocked the door to the small Catholic church and showed us the font where my grandfather had been baptized. Here, I thought, is where my story began. Upon returning home, I filled out the paperwork necessary to claim my Irish citizenship. I am dual-citizen today, and it is a most cherished possession, for as surely as I am American by birth I am Irish by nature, and to not think in such a way is to forget my Irish ancestors who fought so hard for those hard-earned freedoms that begin with those most majestic words, “We the people…” 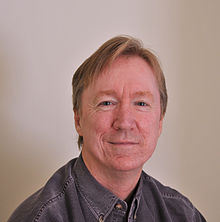