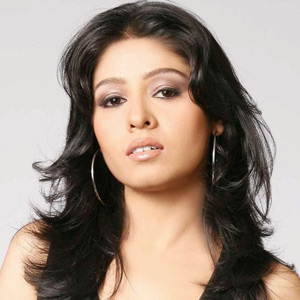 Her demure, girl-next-door features belie those powerful vocal chords that have an entire subcontinent and beyond mesmerized by her songs. Sunidhi Chauhan, among India’s most prolific and talented playback singers, needs little introduction. But who’s the real Sunidhi? One cannot help but draw a likeness between this gifted singer and Ariel, the singing mermaid of legend. As reckless adolescents, both paid the price for not adhering to their father’s counsel. And despite the odds, both learnt to navigate life’s vicissitudes to eventually find fulfillment.

Sunidhi, whose career took off at the tender age of four, is a natural, never having undergone formal training in the classical Indian tradition. She simply never had the time, she says, so while commuting to the studios for recordings, she’d listen to different songs, learn, and adapt. Her father, a theatre personality, took charge of her budding talent, moving from New Delhi to Mumbai in search of opportunities. It wasn’t long before Sunidhi’s prodigious talent was spotted by the famous composer duo Kalyanji-Anandji and the preteen began to feature in their TV show, Little Wonders. Sunidhi’s first real Bollywood break came at age 13, when recently deceased music composer Aadesh Shrivastava decided to use her husky, deep tones in Ram Gopal Varma’s film Mast. By 19, Sunidhi was a singing sensation, having already recorded over 350 songs, an unrivalled feat. But success and fame untampered by wisdom invariably spell disaster, and the young singer made some indiscreet judgement calls. In the end, she was estranged from her family and well-wishers, and lost ground in her career.

She’s not one to cave in to adversity though. Feisty and determined, she has learned from her mistakes and bounced back, her raw, sensual voice more in demand than ever now with Indian cinema in experimental mode. Her playback singing range is unmatched, from teasing, raunchy item songs like Sheila ki jawani to soulful, epic solos. She has also pitched her stake in the international arena, collaborating with Enrique Iglesias (Heartbeat) and is now looking forward to recording some musical magic with world legends like Pearl Jam.

At live performances, Sunidhi morphs into another personality altogether, her high wattage energy and effortless improvisations bringing audiences to their feet, craving for more. No one performance is the same with this brilliant artiste who lives in the moment and is still as excited about her next song recording as she was with her first. In this interview for Khabar, post her September concert in Atlanta, Sunidhi opened up on her life, career and the road ahead.

You’ve seen so much in your young life. You saw your popularity, your fame. You went through some very tough issues at a very young age in life. How did they help shape your present and future… strengthened you?

everyday process. I am trying to be better and better, day by day. And I think I am achieving that very slowly. It’s been a great journey and I still feel it’s just a beginning because there’s so much to do and so much to explore. So I’m going to do that and I’m going to keep doing that till I can sing, till I can  travel, keep doing shows, keep meeting people, doing different kinds of things other than music also.

You have a whole gamut of languages that you sing in. I am sure you don’t speak all of them. But how are you able to enunciate the pronunciation of each language to the purity that you do?

I think it’s just imitation! I like to imitate people, I do it for fun at home. So when I’m being dictated by a Tamil person for a Tamil song or a Malayalam or a Bengali, Marathi…so, I just look at their mouth, how they are pronouncing it, how the diction is. I understand the overall meaning of the song and then I sing it in my own way and I think that works. 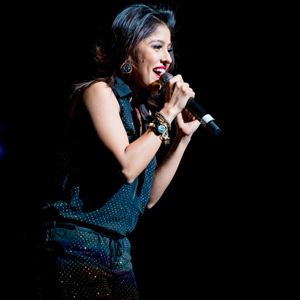 Professionalism. That’s it. You leave everything outside the door. Mind, they say mind is everything, so it’s all in here. I’m standing against the mic in that six by six feet room. It becomes a big stadium for me. That’s how I feel inside that little cabin. And I sing. So as per the requirement of the song I behave or feel accordingly. I won’t say it’s easy, it’s very difficult but it’s fun. I take it up as a challenge each time. For me every song that I sing even today is a new song, it’s my first song. Because I know, once it’s recorded, it’s recorded for life. It’s going to be played and I should be proud of it, always, whenever I listen to it. So I make sure that I give it enough attention and the due that it requires, it deserves.

Let’s talk a little about the concert. First of all, it was incredible. You went off the charts so many times! How are you able to… I mean, you rehearse the score but you can’t rehearse improvisations….

No, never, I never do that. Let me put it this way. I am kind of always helpless, each time I am on stage. I cannot keep it straight in my head. I make sure that the essence of the song is not lost because if you go way too out of the song, then it doesn’t sound good. It has to be ‘inside’, but, like tasteful. It has to be tasteful! So whatever improvisations I do on stage they are absolutely spontaneous. It just happens. I become this different person on stage and I feel that even when I am on stage, that I am not me. And it’s great, that vibe, that atmosphere. I would take birth a thousand times to be this, to be Sunidhi again and again.

There is a whole stream of new composers and they are coming in by the dozens on an everyday basis. Who do you enjoy working the most with in terms of creative impetus, trying different new things..?

Playback singing doesn’t have much scope to experiment. It has to be in a certain way. There are new sounds. I am enjoying working with a lot of people right now because with time they have also changed and they are coming up with newer and newer sounds so that gives me a boost to sound different and do something different. But independent space, non-film space is what I am more excited about where I can sing anything, compose maybe…and every singer and musician has a composer inside.

In the past I have really, really enjoyed singing for Anand Raj Anand, Vishal-Shekhar, A. R. Rahman and Salim-Suleiman. All of them are fantastic; it’s just that with time there are so many new music directors who are making music and  they are sounding great too. It’s difficult to pick one name.

In terms of venue––not necessarily the crowd—is there a place that you really, really enjoyed performing?

Royal Albert Hall in London. The acoustics of that place, the bigness, the grandeur, the place was overwhelming. When I stepped on that stage, I was like, what is this place? It was a normal stage, a normal auditorium but it felt so different. And there are more places like that. I was 11-years-old when I had gone there with Amitji’s tour in New York. And then hopefully I will be performing at the Madison Square Garden, which is a dream venue for me, next year. But you know wherever I go, this love from people that I receive, it just makes every venue heavenly.

You broke every known norm and / or tradition coming from music directors that said you have to do this, or then you have to do that. You didn’t follow any of that repertoire. You made yourself.

Yeah, I didn’t want to follow. Not that I wanted to be a leader but I just felt different than the others and I still think that way and I think that’s what’s intriguing about me. It comes through in my songs, it comes through in my personality, even the way I dress. On the voice, so many people thought that I kind of worked on this new avatar for the voice. Nobody knows that I wanted to be fat so I ate and ate and ate and so I became fat. And then one day I realized that I am not liking this self, so I wanted to go back to the basic and be in a good shape and feel fit and wear anything on the mannequin!

Fast forward another few years. How do you view yourself?  Does your past become your great foundation? Today, can you look at yourself when you were four years old and things you did and did not do?

Yeah, I have been asked this question many times. I always fail to answer that because I really don’t see further. I don’t care. I don’t know if I am going to live tomorrow or not, right?  I day-dream, I am imagining things every minute. I could be sitting here, but I could be feeling that actually I am in Mariah Carey’s concert, sitting there and she is calling me up on stage. You know, I am a dreamer , so I can never say or think where I will be after five years. This is everything, this is my moment. My five years, ten years, fifty years is all here. My foundation is also now because I have come out of many complications to become better, so that cannot be my foundation. I started in a certain way, I changed. So I would like to call myself a change and change is the only thing that’s constant.

Talking about life’s lessons, what would you tell aspiring singers today? What is the No 1 thing you would tell them to focus on or to avoid, whatever it is?

I feel that nobody else knows you better than yourself so listen to your inner voice because you are the best judge. Believe. That’s the most important thing. People will come and tell you things but keep your mind and eyes open. You know it, you always know it, whether you’re good enough or not. So don’t waste your time. You could be good in something else. Sometimes people think they can sing very well or they can dance very well but when they don’t see appreciation, when they don’t see [themselves] getting much attention, then they should start thinking about it, why. I know a lot of people who just think that they are great and they just keep going in that direction and they land up nowhere. So please consult with your people around, your genuine well-wishers, not just random people. And do your thing. Whatever you do is going to be best for you, so just focus.