Books: A Journey in the Borderlands 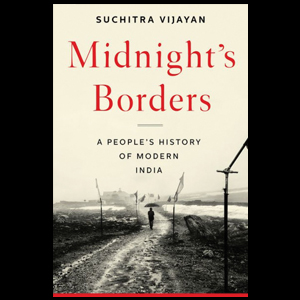 While Midnight’s Borders is not about the coronavirus crisis gripping India, Suchitra Vijayan’s courageous debut book is well-timed, providing valuable insights into the workings and failings of that nation’s populist right-wing government, which has been led for the past seven years by Narendra Modi, a charismatic but hubristic and autocratic prime minister. “An authoritarian India, deeply antagonistic to secularism, political dissent, and pluralism emerged as I travelled and wrote this book,” Suchitra Vijayan notes in Midnight’s Borders (Melville House). She finished writing it before the pandemic, but in a strange way, the ominous changes she witnessed in the world’s largest democracy—dubbed “partly free” by Freedom House and an “electoral autocracy” by V-Dem Institute—seemed to have made the current implosion inevitable.

Rather than a sweeping “people’s history,” as the subtitle says, Vijayan’s book is “a peripheral history of modern India,” with its focus largely confined to the complicated legacy of the subcontinent’s borders. Nonetheless, the stories it tells are powerful, necessary, and sometimes unbearably poignant. For over seven years, with breaks, Vijayan covered about 9000 miles along India’s borders in order “to study the human toll of decades of aggressive, territorial nationalism.”

Nation-states may be “imagined communities,” as the historian Benedict Anderson put it, but they’re also “incomplete communities,” especially if the country’s borders were messily carved out by a callous empire that abandoned its colony hastily. That’s what happened to the subcontinent when, in 1947, the lawyer Cyril Radcliffe, with outdated maps and no first-hand knowledge of the land, was given seven weeks to draw the arbitrary borders of India and Pakistan (illogically, West Pakistan was separated from East Pakistan by India).

It was a disaster, causing immense suffering, and a million or more people died. Although that story has been told often, Vijayan brings fresh value by talking to residents who still live with the consequences of those imperial decisions. And it’s not just in Kashmir; the reverberations are felt in other parts of South Asia as well, as this book makes amply clear.

Of course, colonialism only bears partial responsibility for today’s fractures. To the Indian-born author’s dismay, her country began waging a war not only against the constitution but also against its minorities. She was eminently qualified to document this rise in ethnonationalism. A British-trained barrister, Vijayan has worked for the United Nations war crimes tribunals in Rwanda and the former Yugoslavia, and she co-founded the Resettlement Legal Aid Project in Cairo. Now based in New York, she heads the Polis Project, a hybrid research and journalism project.

Vijayan was born in Madras, a name she prefers and insists on using, though the city is now called Chennai. She rejects nativism in all its forms, big and small.

The Radcliffe Line is just one border splitting the subcontinent. There’s also the McMahon Line between India and China that resulted from a 1914 agreement between British and Tibetan representatives. China, having swallowed Tibet and emerged as a belligerent superpower, refuses to accept the border with India, and tensions remain high. Then there’s the Durand Line, drawn between British India and Afghanistan, that cuts through Pashtun tribal land and Baluchistan. Nations far from South Asia have felt the repercussions of these divisions. 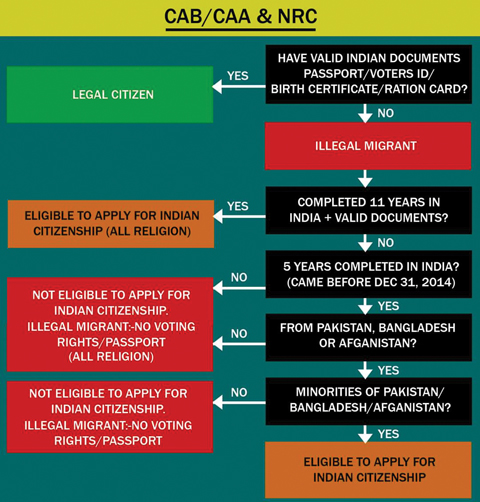 IB or International Border is the line between India and Bangladesh, and then there’s the boundary with Myanmar, whose recent military coup presents new challenges. On one trip, without realizing it, Vijayan crosses an unmarked line separating the nations and is arrested by soldiers in Myanmar. It’s an unsettling moment, illustrating the absurdity of borders for people who live in borderlands. Luckily for her, the incident ends smoothly—but many others, if they belong to the “wrong” ethnic, religious or linguistic group, are not so lucky, as Vijayan takes pains to point out. That’s the heart of her book.

The historical nuggets, on the other hand, while fascinating and informative, won’t satisfy those who seek a deeper understanding of the subcontinent’s past. But there are other books for history buffs. The black-and-white pictures, stark and evocative, fill in the gaps, particularly in places where danger seems to lurk in every corner. Some pictures, however, are too grainy.

Vijayan notes that she has spent her entire life thinking about state violence. But why did she undertake these perilous journeys? We get a better understanding of her motivations about two-thirds into the book. In the mid-1990s, when she was 10 years old, her father—about to leave for Delhi to argue his petition at the Supreme Court—was assaulted and left with multiple fractures. He survived, but she never forgot the incident, not least because the thugs (hired by some state politicians, almost certainly) were acquitted by the Madras High Court.

A table in the book lists the detainees of a camp in Assam, and it comes as a shock to realize they’re all dead. Human beings can’t be “illegal,” she declares, even when they don’t have the proper documents to prove citizenship. In less developed parts of India, not having the right documents is far from uncommon. That’s why, now that India has passed the Citizen Amendment Act (CAA) and is implementing the National Register of Citizens (NRC), what’s happening there is so troubling.

“Like Myanmar, India is manufacturing foreigners out of Indian citizens,” Vijayan warns.

On the India-Bangladesh border, which is being increasingly fortified, she meets migrants like Sharif, for whom “partition is still alive,” and Ali, who craves darkness because of the harsh floodlights installed near his house. The border fence encircling Ali’s home and plot traps him in a surreal no-man’s land, making him a nowhere man. Vijayan also has conversations with young Indian soldiers, who seem like pawns in a never-ending game they can barely comprehend.

Traveling to the India-Pakistan border, Vijayan talks to people like Sari Begum, who was born after a cross-border kidnapping and rape, and Johinder Singh Suj, a nonagenarian who tells her the story of a farmer-led Tractor Brigade during a war, showing how the histories of the two nations are inextricably tied.

Vijayan, though, couldn’t get a visa to Pakistan. “The borders have made our minds smaller . . . and our people petty,” as Suj tells her in this searing book.

Murali Kamma, managing editor of Khabar, is an occasional contributor to New York Journal of Books, where this review also appeared.