Books: All in the Family 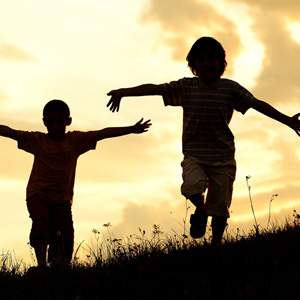 In Jhumpa Lahiri’s latest novel, the protagonist-as-immigrant trope that defines her other works plays but a minor role. Her story, involving two brothers and the woman they both marry, is largely about a family brought together and torn apart by love, conviction, duty, and hope.

THE LOWLAND by Jhumpa Lahiri. Alfred A. Knopf. Hardcover, 300 pgs.

The Lowland, Jhumpa Lahiri’s latest novel, is one that spans two continents and covers a generation in its storytelling. The story revolves around the lives of Subhash and Udayan Mitra, two brothers who grow up in post-independence Calcutta. Subhash is presented as the more docile of the two, despite being the elder one. At first, their lives are inseparable and they do everything together. But the brothers slowly begin to drift apart when they attend different colleges for undergraduate and, later, master's level studies. Udayan, deeply affected by the nascent Naxalite movement, becomes a member of the movement and soon joins the CPI-ML (Communist Party of India-Marxist Leninist) league. Subhash, unable and unwilling to share his brother’s passion for the underprivileged, leaves Calcutta (the city’s name was still Calcutta then) for Rhode Island to pursue doctoral studies.

Several years after his departure, Subhash returns to Calcutta to mourn the sudden demise of Udayan, who has left behind Gauri, his widow. Subhash decides that the only way to ensure a good life for Gauri and her soon-to-be born daughter is to marry her. Udayan’s death then becomes the pivotal point around which the rest of the novel revolves. Several chapters are devoted to Subhash, Udayan, their parents, Gauri and later Bela, Gauri and Udayan’s daughter, exploring their particular relationship with Udayan’s life and the moment of his death. The storyline jumps back and forth between the past and the present to accommodate this logic.

Lahiri is a gifted writer and the novel’s rich, descriptive prose is a testament to that. But it’s almost as if the first and second halves were written by two different authors. In the first half, the prose sounds abrupt, with staccato voices and sentences, and the storytelling seems almost mechanical. One never fully understands why Gauri does what she does. While not every motivation of a character needs to be presented to the reader, Gauri’s seeming irrationality at every juncture of her life and the consequences it bears on others leave the reader befuddled. Nevertheless, certain vignettes of the brothers’ childhood years are rendered quite beautifully by Lahiri’s lyrical prose. The pace picks up in the second half, and the reader gains a much better grasp of all the characters. The lyricism in Lahiri’s writing lives up to the standards that readers have come to expect of her. The author’s prose is brilliant and is at its best in the description of space, both the mundaneness and the exuberance of it. Her familiarity with the cityscapes of Kolkata and the landscapes of New England is evident in the preciseness of the descriptions.

In works of fiction, rendered in the form of books or movies or plays, the reader or the audience is drawn to one or two characters, rooting for and empathizing with them—an underdog, a war hero, a brave woman or even a common man overcome by extraordinary times in his life. A particular weakness of The Lowland is that throughout, the reader is left searching for that underdog or hero. Subhash doesn’t quite make the cut. He doesn’t fight for any of the women that grace his life. His decision to marry Gauri seems abrupt, rash, and does not quite fit the character profile that Lahiri has developed for him. Neither does Udayan, a man too caught up in the pursuit of his ideals. Gauri remains too enigmatic for her to win the reader’s empathy. At the end of the book, one is left with a sense of incompleteness, of an unrequited longing to connect at a fundamental level with the story, its characters, and its physical spaces.

In The Lowland, the protagonist-as-immigrant trope that defines her other works plays but a minor role. Yes, Subhash moves to the United States as a student and yes, his experiences are examined through the prism of his immigrant status, but, in the end, the story is not about hyphenations and otherness. The Lowland is ultimately a simple story of a family brought together and torn apart by love, conviction, duty and hope: the love between two brothers too close to tell apart, the conviction of Udayan and his daughter, Bela, to pursue their heart’s calling, the call of duty that Subhash answers in caring for his brother’s widow and the hope that prevails through love, the courage of conviction, and the sense of duty.