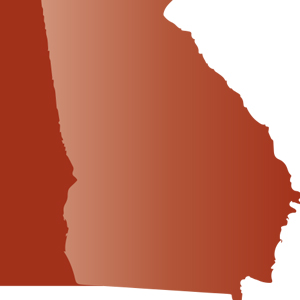 Georgia lawmakers are considering a bill that poses serious risk to the state’s immigrant community and could harm local governments and the state’s economy.

Senate Bill 452 cleared the state Senate in late February and is now pending in the House Public Safety and Homeland Security committee. The measure requires Georgia’s local governments to establish a hand-in-glove relationship with U.S. Immigration and Customs Enforcement (ICE), essentially forcing local peace officers to serve as an arm of the federal deportation apparatus. Ostensibly intended to improve public safety, the legislation promises only questionable benefits at the expense of some very real drawbacks for families, communities, and the state’s economy.

An estimated 377,000 unauthorized immigrants live in Georgia today, accounting for about a third of the state’s total foreign-born population. Sixty percent of Georgians without legal status spent at least 10 years in the U.S. and an estimated 35 percent live in a home with at least one child who is a United States citizen.

The legislation requires local police departments and jails across Georgia to take a series of steps once an unauthorized immigrant comes into their custody. That includes notifying local prosecutors, requiring sentencing courts to review immigration papers and, most importantly, handing over that Georgian’s address and other personal information to ICE. The legislation envisions a seamless process that takes custody of any undocumented resident who comes into contact with Georgia’s court system, even for minor violations like a parking ticket, and hands them over to federal immigration agents. Many local governments in Georgia already cooperate closely with federal immigration officials by choice, but SB 452 removes local governments’ discretion.

A large coalition of groups opposes the legislation on constitutional grounds or due to the measure’s likely harm to children and families. Two additional consequences for lawmakers to consider are the proposal’s potentially high cost to local governments as well as to the state’s economic health.

State lawmakers have yet to carry out an official cost analysis of the bill, known as a fiscal note. Yet it appears likely that requiring local public safety officials to enforce federal immigration law carries some increased costs to Georgia taxpayers, especially at the community level.

Law enforcement agencies will bear additional responsibilities for reporting, detention, and transportation. This not only increases the overall workload, but also diverts existing staff hours away from other crucial public safety work like pursuing violent criminals. In some cases this will lead to employee overtime or perhaps the need to recruit and train additional officers, costs shown to add up quickly in other states.

In Virginia, when lawmakers in Prince William County implemented strict immigration enforcement, officials increased property taxes and tapped their rainy day fund to cover an estimated cost of $6.4 million in year one and $26 million over five years.

In North Carolina, using local police to enforce immigration law cost the home counties of Charlotte and Burlington more than $10 million in the first year alone.

And in Texas, the state’s corrections department says holding people on federal immigration detainers cost the local jails nearly $61 per inmate per day, for a total of $61 million a year statewide.

The senate measure also raises important questions about Georgia’s long-term economic impact, as states like Texas that went down a similar path are finding out the hard way.

A sharp attack against Georgia immigrants could undermine the many positive ways they are already contributing as workers, entrepreneurs, and tax-payers. Immigrants today are 13 percent of Georgia’s workforce, including 10 percent of nurses, 26 percent of software developers, and 42 percent of farm laborers. They own 31 percent of Georgia’s main street businesses, which are a subset of small businesses, including gas stations and dry cleaners. Refugees are playing a special role in Georgia by helping revitalize commercial strips in places like Clarkston and Stone Mountain. And Georgia immigrants contribute significant state and local tax revenue, including $352 million a year by undocumented immigrants as a whole and $66 million by Dreamers in particular.

If businesses perceive Georgia as a hostile state instead of the welcoming one that we are, that can cause them not to invest or persuade educated professionals not to relocate here. Companies and talent today are increasingly attracted to states and communities with the “presence and support of a diverse population,” as Amazon described it in the tech company’s search for a second headquarters. And the economic cost of communities living in fear, children getting torn from parents, or federal agents showing up at a family’s church, school, and hospital might be hard to measure. But the consequences are real.

Public safety is always an important concern, yet the proposed legislation seems less likely to keep Georgians safe than to open the door to a range of other problems. It’s simply not in the best interest of our state.

Wesley Tharpe is with the Georgia Budget and Policy Institute (www.GBPI.org), where this article originally appeared. As GBPI’s Research Director, he assesses the potential ways policy proposals could affect Georgia families and businesses.