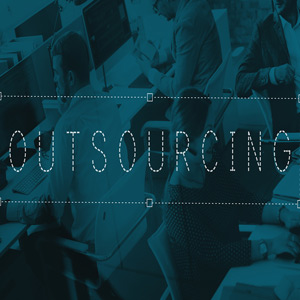 Will India’s information technology sector finally wake up and smell the opportunity? It remains to be seen. One thing is for sure: The backlash will build if it does not—and the Indian IT sector will accelerate its decline into oblivion.

“Carnage in Indian IT,” read the headlines in India about retrenchments in its outsourcing industry as markets stagnate and U.S. visa restrictions erode profits. The Indian information technology industry generates $150 billion in revenue but is facing an existential crisis largely of its own making because it became complacent and overconfident even as technologies and markets changed. It can survive only if it exits the business that has brought it success and reinvents itself.

India’s outsourcing boomed during the Y2K crisis of the late ’90s because there was an urgency in repairing corporate information technology systems. Once chief information officers (CIOs) became comfortable with having their systems maintained across the globe, they started outsourcing large-scale projects to Indian companies, and billion-dollar contracts were announced almost every week.

But with the advent of tablets and smartphones and their applications in the 2010s, users gained access to better technology than the companies’ information technology departments could provide. They could download cheap, elegant, and powerful apps on their tablets that made their corporate systems look primitive. Via cloud computing, companies such as Amazon.com, Microsoft, and Google began to take over the functions of data centers. So CIOs lost power, and the importance of outsourcers declined. The billion-dollar outsourcing contracts evaporated.

Modern-day applications also don’t require large teams of engineers doing software development: They are user-customizable and can be built by anyone with basic programming skills. To offer more value, the outsourcers worked to reduce costs by improving back-end processes. They offered low-cost offshore development and cheap labor in the United States, and this fomented a backlash by displaced workers.

The same technology advances that decimated the Indian advantage offer a new opportunity that could allow the Indian information technology sector to reinvent itself and even gain the support of Americans who have been rallying against it: to help America modernize its aging infrastructure and enable it to bring manufacturing back from China. Technologies such as robotics, artificial intelligence, and inexpensive and powerful sensors enable development of smart cities and automated factories and a wholesale upgrading of national infrastructure.

Robots, for example, have advanced so far that they can now do the work of humans in manufacturing. With the computing advances and dramatic price drops of hardware components such as a core part of most robots’ inner workings, the single-axis controller, robots have acquired the dexterity to assemble circuit boards and build cars. They now cost less to operate than the wages of workers in China. And connected devices and sensors in the Industrial Internet of Things enable monitoring of every aspect of a manufacturing plant’s operations.

China is well aware of the threat to its industry and is taking the lead in building zero-labor manufacturing plants, with robots doing practically all of the work. But its robots have no advantage over American robots; all of them work equally hard and consume nothing more than energy. Manufacturing can now return to American shores without raising costs.

There is, however, an obstacle. American businesses aren’t geared up to take advantage of manufacturing robots because they simply don’t have the know-how. This is where India’s outsourcers could help. They could master the new technologies and help American firms design new factory floors and program and install robots. They could provide management consulting in optimizing supply chains and inventory management. And they could manage manufacturing-plant operations remotely. This is a higher-margin business than the old information technology services. And Americans would cheer India for bringing manufacturing back to their shores rather than protest its taking their information technology jobs away.

No, there won’t be as many jobs in each manufacturing plant as there were before. But many new high-paying jobs would be created to build factories and manage them.

It is also possible to build smart cities, with sensors monitoring every aspect of a city’s functioning, including parking, traffic congestion, lighting, waste management, pollution, and water leaks. The installation and design of these require managerial and analytical skills; their monitoring functions are no different from those of managing data centers.

And then there are opportunities to create applications that can revolutionize fields such as health care and education and to build technologies for the underprivileged—something that Silicon Valley’s entrepreneurs don’t focus on because they don’t understand the dire needs. These are all things that Indian information technology companies can do.

It is not that Indian companies don’t realize the threat. Tech Mahindra’s chief executive, C.P. Gurnani, told my class at Carnegie Mellon’s College of Engineering in Silicon Valley that he was working hard to change the focus of his company from services to technology products and to solve problems outside information technology. He talked about the rapidly changing markets and urgent need for his company to build offerings in areas such as health care, manufacturing, retail, and managed services.

Vivek Wadhwa (www.Wadhwa.com) is a Distinguished Fellow and professor at Carnegie Mellon University’s College of Engineering and a Director of Research at Duke University’s Pratt School of Engineering. He is a globally syndicated columnist for The Washington Post, where this column first appeared.