Commentary: Team India Represents a ‘New India’ That Politicians Could Look Up To 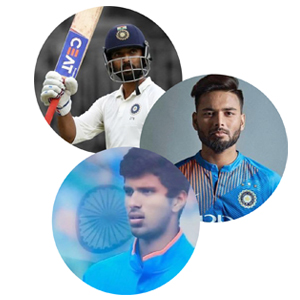 Not only was this a heady sports victory for India that will be remembered for years to come, but also a lesson for politicians on how Indian society has transcended socio-cultural barriers to success.

In the end, it was the stuff that Hollywood blockbusters are made of: David knocks out Goliath at the Gabba.

Imagine you’re pitching this to a producer:

Premise: the underdogs—an injury-stricken Indian team, forced to field a playing XI comprising primarily of rookies and debutants—takes on the world-beating Australians in adverse conditions, and pulls off a miracle.

Setting: a ground where India has never won (and where harsh quarantine restrictions make the tourists feel unwelcome). The pace-friendly Gabba is expected to be a happy hunting ground for the hosts. The Aussies haven’t lost to anyone in Brisbane in 33 years.

The rivals: a formidable team that had just crushed Pakistan and New Zealand; reinforced by the return of Smith and Warner, and the rise of ace batsman Labuschagne; and boasting arguably the fieriest pace bowling attack of our times featuring Hazlewood, Starc, and the world Number 1-ranked Pat Cummins. As a bonus, they also have the top spinner in the sport, the crafty Lyon, playing his landmark 100th test and just four away from taking his haul to 400 Test wickets.

Against them, an India side hobbled by injury, deprived of its charismatic captain who had gone off on paternity leave, humiliated in the First Test by being bowled out for 36, the lowest score in their long and chequered history. A coven of experts, mostly ex-cricketers, predicted they will lose the series 4-0. They pulled off a surprise win in the second Test, but had to battle like mauled tigers to stave off defeat in the third and snatch a draw by the skin of their gritted teeth.

It’s worse now. India are so depleted that seven of the first-choice eleven they had picked at the start of the Test series are no longer in the side for the fourth. The two heroes of the rear-guard action that battled to a draw in the previous match are injured and unavailable, as is their leading pace bowler. You can’t stack the dice any more against them than that.

Act I: The hosts come out roaring, posting a formidable 369, then follow it with a devastating bowling spell that reduces India to 186/6. India’s next five batsmen don’t have ten Test runs between them.

Act II: Still, the freshers fight back. A debutant all-rounder and one bowler playing only his 2nd test take the battle to the dominant Aussies, putting on 114. The inexperienced Indians claw themselves to within 33 runs of the formidable Australian total.

Act III: The youthful Indian attack bowl the Australians out for 294 in their second innings, Siraj and Thakur (with five Tests between them) taking nine wickets.

Rain intervenes as they begin their response. Most observers assume that the target of 328 in the 98 remaining overs is impossible to attain, on a wearing fifth-day pitch with ominous cracks opening up, the Aussies snarling at the bit, and more rain threatened. Maybe if it rains enough, some hope, we might hold out for a draw. Otherwise, India is doomed.

Instead, every batsman pulls his weight: the self-possessed Gill, in his debut series, unfurling silken strokes before falling just short of a hundred; the doughty Pujara, standing solid as a wall for a half-century; the light-footed captain, Rahane, with a quickfire 24 to seize the momentum; and then, the astonishing Pant, his brilliance suddenly allied to a maturity he had not earlier revealed, stage-managing the miracle with the audacity of hope. With just three overs left in the Test, he whacks the ball to the ropes. India pull off an incredible, delirious win.

“No,” says the producer, when you conclude your pitch: “Can’t make this movie. The script’s too unbelievable.”

But it happened. And that’s what gives you your film title: ‘A New India.’

It’s a phrase of Virat Kohli’s. And, as it happens, of Narendra Modi’s. Except they don’t mean the same thing.

This ‘New India’ is a team that, when it’s struck down, stands up. Beaten, bruised, and abused in this series, their underlying resilience and hunger makes them hard to keep down.

Against their rivals’ accomplishments and experience, they put forward their energy and intensity. Against cockiness and over-confidence, they offer grit and guts. Count the blow after blow Pujara took on his body, without flinching.

Instead of the diffidence of youngsters over-awed by the occasion, this ‘New India’ said it was not afraid to take on the world. Watch debutant Washington Sundar taking on the short ball and clobbering superstar Cummins into the stands.

When they were crippled with injury, they showed the guts to hold on for a draw. When fit, they discarded talk of a draw and went decisively for a win.

Tagore dreamed of an India “where the mind is without fear and the head is held high.” This ‘New India’ embodies that dream.

And ‘New India’ reveled in the leadership of stand-in captain Rahane, who molded a team of newbies into lions and turned no-hopers into winners in his understated manner, without ever raising his voice or flaunting his authority. When feted he gave all credit to his team, asking them to join him at the winners’ podium and handing the trophy to the team’s most junior member. That’s the mark of a great captain: he makes his team stakeholders in, and owners of, his greatest triumphs. 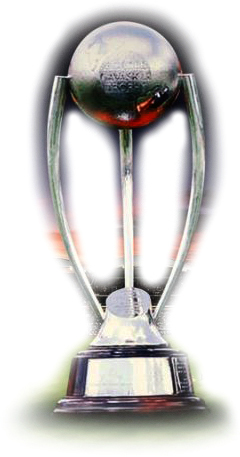 For above all, this India played as a team. Between the combustion of 36 all out on 19 December and the triumphant victory a month later, almost each member of this largely untried and untested squad played their part. Everyone participated in the turnaround; all shared in the eventual success.

Their spirit also offered a timely reminder of the very best of all that is good about India.

When the ruling dispensation talks about ‘New India’, one remains unconvinced, mainly because the road to that idea of ‘New India’ is littered with the ashes of all that was good and admirable about ‘Old India.’ But when Kohli says his team represents ‘New India,’ we have a compelling reason to believe him because of the remarkable spirit of resilience, ambition, and character that this squad exudes.

Take Natarajan, son of a loom worker, hailing from a hardscrabble village in Salem district hundreds of kilometers from the state capital, plying his trade in the local leagues, then getting discovered by his state and making his name in the IPL. Picked as a replacement for an injured player, he travels with the Test squad principally as a net bowler (missing the birth of his first born in the process) but goes on to make his debut for India in all three formats—and takes three wickets in his first innings. Aspirational India: Natarajan’s life is a snapshot of the term.

Or study the story of young Siraj, son of a rickshaw driver, who rose beyond the poverty of the family through cricket, bought them their first home with his earnings from the game, and stayed back in Australia even when his father passed away at the start of the tour, because he wanted to fulfil his father’s dream of donning national colors and bringing luster to the country. To see young Siraj, playing for India and tearing up as the national anthem was played, was to understand how a young man from the humble Toli Chowk in Hyderabad could embody the hopes and dreams of a nation.

This team represents a different ideal of ‘New India’ from the politicians’: an India that recognizes that its strength lies in bringing together individuals from all corners of the land; an India that transcends cultural and social barriers to succeed as a team; an India whose young are ambitious and courageous enough to seize their chances; an India brave enough to stare down adversity and personal loss to soar to new heights; and an India not of top-down hectoring and chest-thumping authority, but one guided by a brand of empathetic leadership that believes in allowing each person to play to his strengths.

This ‘New India’ has succeeded on the cricket field. If we bring its values into our national life, we might yet succeed in lifting the country to triumph on the world stage as well.

Shashi Tharoor, a former UN under-secretary-general and former Indian Minister of State for External Affairs and Minister of State for Human Resource Development, is an MP for the Indian National Congress. He is the author of Pax Indica: India and the World of the 21st Century. This article first appeared in The Quint, and is reprinted with permission from Shashi Tharoor.