Cuisine: A Taste of India 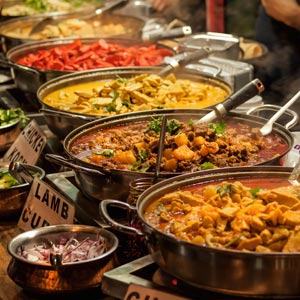 India is fortunate to have varied cuisines representing characteristic trends in different regions of the country. In fact, each cultural group has its distinctive dishes.

While the gushtaba of Kashmir stands out for its unique taste and style, the world-famous sarson ka saag with makke ki roti from Punjab is simply mouthwatering. The ruggedness of Rajasthan is reflected in the dal bhati. The music of Bengal flows in its machh bhaat. The indulgence of Awadh wafts out of its kakori kebabs. Who can resist the temptation of having pav bhaji in Mumbai or fish curry with rice in Goa? Or the Goan cake called bebinca, which has no peers anywhere in the world, and the flavor of biryani cooked with succulent pieces of mutton or chicken in Hyderabad. The very mention of northeast India reminds one of bamboo shoot curry. Bihar’s famous sattu can refresh and reenergize you! Gandhi’s Gujarat, too, rolled out its signature food items, dhokla and shreekhand.

The cold Kashmir weather demanded that food contain ingredients to fight off the chill; therefore a lot of heat-generating spices and saffron found their way into the local cuisine. Similarly, the hot weather of Rajasthan and Gujarat required lighter foods, and hence, dishes from these regions are prepared with thin gravy. The natural presence of fish in coastal areas, bamboo in the northeast, and rice or wheat in areas producing them became the staple diet of people living in those regions. In fact, food combines with festivals, too, to create stunning sweets that are special to India. Like a gujiya marks Holi, kheer-puri shall be served at Diwali, ukdiche modak is served during Ganesh Chaturthi and shreekhand at Dusshera. Similarly, Bengalis indulge in sandesh during the Pooja season (Dussehra) and Tamils churn out hearty pongal during the postharvest festival of the same name. Traditional cakes are centric to the Christian festivals of Christmas and Easter, while sweet sevaiyan marks the Id festival of Muslims.

In Kashmiri cuisine, locally grown dried fruits are used abundantly in sweetmeats. The traditional Kashmiri feast of wazwan, featuring a combination of aromatic dishes, is perhaps food for the gods. Gushtaba is a thin curry with white colored meat balls; rista has red-colored meat balls in thin red curry; tabak maas is roasted spare ribs with a unique taste; yakhni is mutton ﬂavored with aniseed, cumin, and cardamom; pulao is a rice and mutton casserole infused with the flavor of a bouquet of Indian spices. 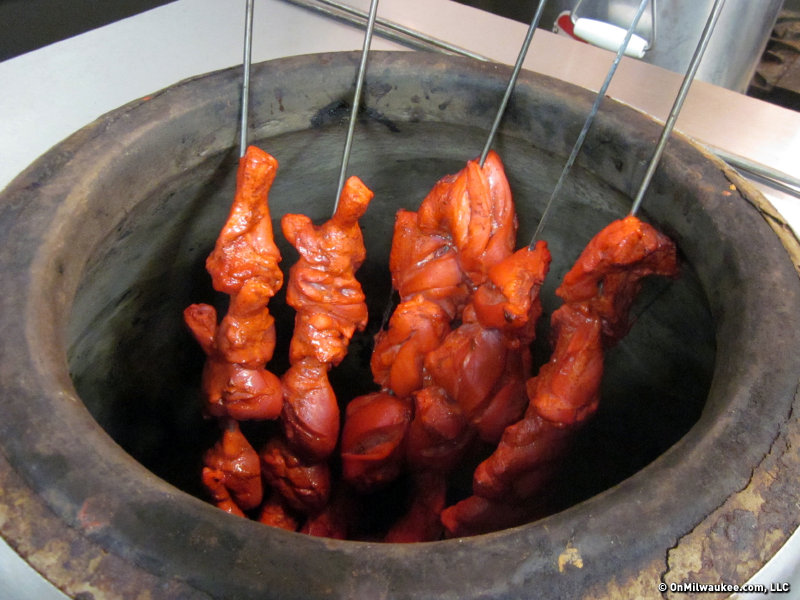 Punjabi cuisine uses the tandoor effectively. The huge earthen oven is used to prepare specialties like tandoori chicken, paneer tikka, and chicken tikka. The Punjabi tandoori roti with a generous helping of homemade white butter goes well with such food. Food in villages is simple—dal makhni, sarson ka saag, rajmah (kidney beans) and a variety of stuffed parathas being the staple fare. Lassi, sweet or salted, is usually an accompaniment replacing juice, tea, or coffee. 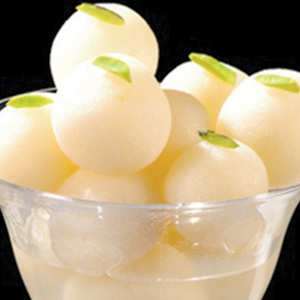 Bengali cuisine is dominated by fish. Whether marinated or cooked in curd, ﬁsh is the most celebrated part of a Bengali dining table. And let’s not forget the great contribution of Bengali sweets to the Indian palate. Sandesh, rasgullas, gulab jamuns, chamcham, chhenna murki, anarkali, and mishti doi are shining examples.

Mughlai cuisine was a gift of the Mughal kings to Indian taste buds. Starting with the shorba (soup), there are a host of mains to choose from including chicken jehangiri, chicken noorjehani, murg do piaza, mutton rogan josh, tandoori raan, mutton stew, nihari, and biryani that guarantee your olfactory senses will also be satisfied along with your taste buds and appetite. And breads, too, assumed paramount importance in Mughlai cuisine. The sheermal, roomali roti, naan, and tandoori roti are each different in presentation and taste. 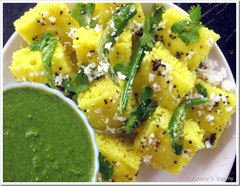 Gujarati cuisine, vegetarian and mostly served in thali style, is light on the stomach. The use of spices is moderate and dishes are often sweetened with a sprinkling of sugar crystals while being cooked. Gujarati cuisine’s signature dessert is shreekhand, a sweetened yogurt; dhokla, a popular savory, is a chickpea flour cake, steamed and garnished with green chillies. 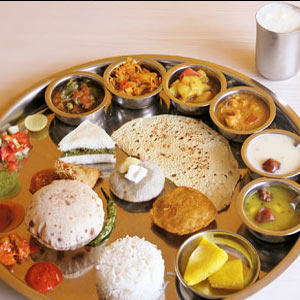 Rajasthani cuisine has the unmistakable stamp of the desert environment. So, hot garlic paste and spring onions, credited with the power to prevent heat strokes, feature as necessary accompaniments to a meal. As for sweets, churma ka laddoo, made of bread crumbs (roti) and sugar crystals fried together and then shaped into balls is very tasty. 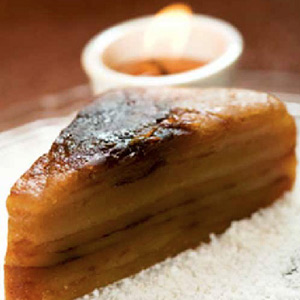 Goan cuisine imbibed a lot from Portuguese culinary traditions. The vindaloo, spicy sorpotel, and numerous seafood dishes are popular examples of Goan dishes. Goa being a coastal state, seafood assumes paramount importance in local cuisine, from fish and prawns to lobsters, crabs, and shrimp. Coconut milk is used liberally in cooking and also while baking cakes. A local fruit, kokum, is a popular drink, red in color and endowed with digestive properties. The Portuguese passed on the tradition of using vinegar, adding a tang to meat dishes. The state is rich in coconut and cashew nuts from which feni—cashew wine—is made. The bebinca is a superlative dessert cake and Goans excel in making tarts, pastries, rose-a-coque, and ovos da pascoa.

Andhra cuisine is typically remembered by its spice quotient! It is the hottest of all Indian cuisines. The gongura, a pickled leaf, can leave you red in the ears. ‘Gun powder’, the name bestowed upon a locally prepared spice mix, is an accompaniment to rice, along with ghee. The Hyderabadis have made biryani an internationally accepted dish.

South Indian cuisine follows age old traditions. Mainly a rice-eater, the South Indian’s food is incomplete without sambhar, rasam, and curd. A traditional feast is served on a banana leaf. A variety of chutneys and the use of coconut paste adds to the flavor of South Indian food. Dosa, idli, and vadas are popular breakfast dishes.

Tamils are fond of using drumstick (pods of the Moringa tree), gourds, brinjal (eggplant), cabbage, and cauliﬂower in their cooking. The use of imli, or tamarind, adds a distinctive tang to curries. The Tamil districts of Chettinad, Tanjore, and Arcot developed their own culinary variants. The Chettinad school of cooking, for instance, is recognized for its liberal use of spices and oil and great aromas. Sun-dried legumes and berries are used imaginatively to prepare mouth-watering curries.

The art of making pickles is an unusual feature of Indian cuisine. Many fruits and vegetables, like mango, lime, ginger, garlic, carrot, cauliﬂower, jungle berries, chilli, and even some types of meats like chicken, are pickled. The spices and oil added to the pickle enhance flavors and preserve the fruit or vegetable for a long time. Almost any bland dish can be enjoyed by eating it along with some pickle. This art perhaps evolved from the hands of grandmas and hence even today, the taste of homemade pickle varies from one house to another.

Much like India’s cultural diversity, its cuisine is distinctive and pride-laden.

Sandeep Silas is a travel writer. Reprinted with permission from India Perspectives.