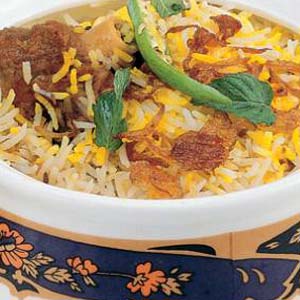 From dum pukht biryani to the sizzling hot kebabs, the charm of an Awadhi feast is eternal.

The tale of Lucknow’s famed cuisine goes back hundreds of years. Lucknow came into prominence with the appointment of Burhan-ul-Mulkas, the Nawab of Awadh, by the Mughal Emperor in 1722. Under the patronage of the Nawabs, Lucknow rose to become the unrivaled leader of Indian culture in the areas of music, dance, theater, and cuisine. 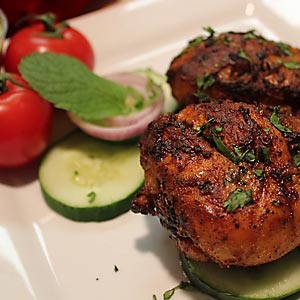 Awadh’s cuisine is now part of the country’s culinary legend. In 1780, a famine ravaged the kingdom of Nawab Asaf-ud-Daulah. To provide employment to the thousands who came knocking on his door, the distraught nawab ordered the construction of an imambara (shrine), which would be razed to the ground each night and raised again the next morning. He directed his head cook, Murad Ali Qureshi, to provide everyone a nutritious meal. With so many people to feed daily, Qureshi came up with an idea of putting everything into a large degh (pot), sealing its lid with dough and letting the flavors inside mingle over a slow fire overnight. When he opened the degh, one of the greatest cuisines of the world, dum pukht (cooked under pressure), was born.

The cook built a huge bukhari (mud oven) and experimented with the technique, leading to dum pukht one-dish meals like biryani (a dish of rice, meats, and spices), khichda (a concoction of lentils, meat, and vegetables) and haleem (a stew made of meat, pounded wheat, spices, and clarified butter). One day, the nawab passed by when the biryani pot was opened. Bewitched by the tantalizing whiff, he asked for some of it to be served at his table. Since then, neither nawab nor commoner has been able to resist the magic. 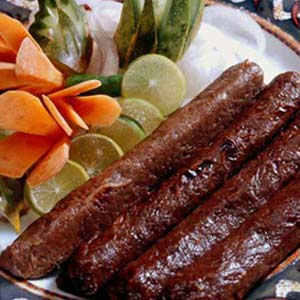 Awadhi cuisine is also famous for its breads and kebabs. The galawati kebabs and kakori kebabs take pride of place on the Lucknowi table, followed by tangri (drumsticks) and seekh (cigar-shaped spiced minced meat grilled on skewers) kebabs. Different kinds of pulaos (rice dishes) are also popular. Exotic desserts like sewai (vermicelli pudding), phirni (rice pudding), and shahi tukra (bread pudding garnished with pistachios) are relished at the end of a meal.

For those who enjoy meats, there is no place quite like Lucknow. And the real place to taste the flavors of Awadhi cuisine is the lanes and bylanes of the older part of the city.