COVID-19  In-depth info for Indians in Atlanta/Georgia. Click here
Home > Magazine > Features > Diaspora: Whose Team Are You On Anyway?

Diaspora: Whose Team Are You On Anyway? 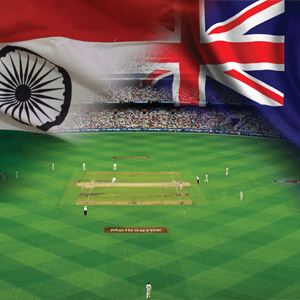 The national allegiance of Australian Indians is put to the test each time the two nations play each other in cricket. Here’s a look at their identity and assimilation through the prism of cricketing loyalties.

Imagine going to Turner Field for a Braves versus Mets game only to find that the overwhelming majority of the crowd there are fans of the New York Mets! Absurd? Well, more like a nightmare for the true blue tomahawk-chopping Braves fan!

Something precisely like this happened at the recent semi-final between Australia and India in the ICC World Cup played in Sydney. This city, along with Melbourne, is the hub of Australian cricket, and Australia, more than any other nation, has dominated world cricket for decades. Yet that did not stop Indian fans from painting the Sydney Cricket Ground (SCG) in blue—the color of India’s team uniform in the World Cup. Having anticipated such an outcome, veteran Australian cricketers like Shane Warne, Michael Clarke, and Mitchell Johnson appealed to Australian fans to paint the stadium gold, their team color. 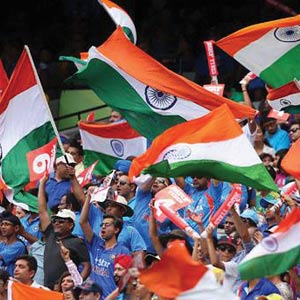 Combined with India’s Tiranga fluttering all over the stadium, it seemed like home team advantage for the Indians.

But that was in vain, it turns out. According to several media reports, it is estimated that close to 70 percent of tickets sold at the SCG were to Indian fans. The Tiranga—India’s saffron, white, and green striped flag—merged with the visiting team’s blue to complete the visual dominance of Indian fans at the iconic Australian venue. “India Fans Turn SCG into ‘Home’ Ground for World Cup Semifinal vs Australia,” declared one headline. “Indian blue outnumbered Australian gold,” reported another.

It seems unprecedented in the recent history of major sporting events for supporters of the visiting team to clearly outnumber the host team’s fans. By and large, the Australian people and the media did not make much of this discomforting anomaly, other than good natured quips about how cricket is a religion to Indian fans.

Surely, though, it must have raised questions amongst both Australian locals as well as Indian immigrants in Australia about their national identity, allegiance, and assimilation. Granted, a good chunk of the fans at SCG flew in from India, and were not concerned about these issues. Yet the bulk of the crowd were Australian Indians—some transient workers and students, but many Australian citizens of Indian origin. How did they feel, especially the second generation Australians? How do the locals feel about Indian immigrants who have lived in Australia for years if not decades, but when it comes to cricket, unabashedly root for India?

India has surpassed the United Kingdom to become the largest source of immigrants to Australia. Hinduism is the fastest growing religion, and Hindi one of the fastest growing languages in Australia. India is also Australia’s fourth largest merchandise export destination, bigger than its trading relationship with the United States. The basis of this deepening engagement has been captured in a concept mentioned by many policy makers as 3Cs—Cricket, Curry, and Commerce. These three focus areas define most of the engagement between the two countries, but the primary people-to-people linkage is through the first C—Cricket.

In some pockets, the India-Australia cricket rivalry has now replaced the traditional subcontinent rivalry between India and Pakistan and the traditional Ashes rivalry between Australia and England. The on-field clashes and sledging contests between some of the members of these teams often occupies headlines across the media in both countries, forcing people to take sides.

There is a growing realization that the cricket capital of the world has shifted to India, which now generates over 80% of the game’s revenues. The skyrocketing demand and astronomical auction amounts being offered to Australian players during the auctions for the Indian Premier League (IPL) grabs headlines in Australian media, prompting people to change their mindset about India. Hardly any Australian player had made a million while playing cricket before the advent of IPL.

The high decibel prematch celebrations by the Indian community in Australia once again raised the question of divided loyalties and sporting allegiances of Australian Indians. The majority of Australian Indians chose to support the team of their motherland, ‘Matrubhoomi,’ rather than their adoptive country or ‘Karmabhoomi,’ sparking debates on social networking sites about Australian Indian identities, as everyone had a sudden, inexplicable urge to explicitly declare their sporting loyalties. In the process, families were split during the semifinals. “To be honest, me and my husband supported India, but our son supported Australia because he was born here,” says Suneeta Chowdhury, a Perth based Australian Indian who migrated to Australia seven years back.

As in most Western nations, Indian IT professionals form a reliable backbone for running the IT infrastructure of Australian corporates. Known for spending unusually long hours in the office, they too decided to relax office rules a bit on this occasion. The day was declared as unofficial half day off, as large numbers of the IT community flocked to the SCG stadium with their families. Australia is also home to around 50,000 Indians studying in Australian universities and vocational institutions, many of whom experienced a resurgence of patriotism on this occasion. Says Sumedha Zadoo, an international student, “There was [an] incredible swarm of blues inside and outside the stadium dancing to the tunes of Bollywood songs. And when the Indian national anthem was played, the momentum and enthusiasm was far more than [for the] Australian anthem.”

So what does this all add up to? Fortunately, not a lot of unpleasantness. For starters, Australia is a bit more relaxed in outlook when it comes to nationalistic compulsions, compared to countries like England which have a history dating back across centuries. One in four Australians was actually born outside Australia. It has also been able to better integrate immigrants into its society than many other developed nations sought out by immigrants. In terms of net migration per capita, Australia is ranked 18th, ahead of Canada, the USA, and most of Europe.

The multicultural composition of the Australian population will mean that allegiance will always be questioned when the team from ‘back home’ plays against Australia; wisely, rather than focusing on the loyalties, the media defuses this potentially thorny issue by engaging in banter and friendly talk. Most sporting governing bodies smartly use this ethnic diversity to their advantage to drive ticket sales. There is also a widespread acceptance in the mainstream media that fans are likely to use their hearts rather than heads when it comes to displaying sporting loyalty.

Indians living in Australia take inspiration from their more established counterparts, such as the Indian community in the USA. The rise of people of Indian origin in the US, like South Carolina’s Nikki Haley, U.S. attorney for the Southern District of New York Preet Bharara, and former Treasury Department official Neel Kashkari is often discussed in social gatherings and community functions. The Indian community in Australia nourishes a similar desire to have more people in the nation’s federal and state politics. While Indians in Australia may like to see themselves more in the mainstream, the fact is that they lack the numbers, and unlike Indians in the USA, most Indian-Australians are recent arrivals who still have strong connections with India. 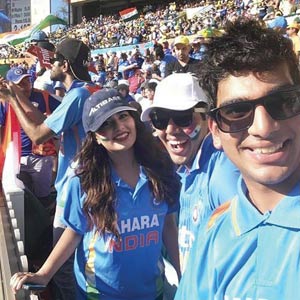 John Kennedy, President of United Indian Associations, best describes the outlook of such immigrants when he says, “We support Australia whenever it plays other countries, but when it comes to Australia playing India, we always support India. The connection to India is sacrosanct and we can’t do anything about this.”

Come July, the T20 championships—to be held in India—will once more present India-born Aussies with the same challenge of which team they should root for. Loyalties will be stretched again and the sporting spirit of fans will be tested. Cricket as always, will be the real winner.

[Rohit Revo is the editor of online portal www.indianherald.com.au, which offers news and views related to India and Australia.]