COVID-19  In-depth info for Indians in Atlanta/Georgia. Click here
Home > Magazine > Features > Education: Everything You Need to Know about the New SAT

Education: Everything You Need to Know about the New SAT 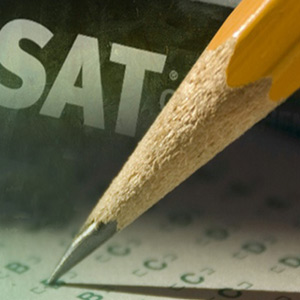 Earlier this year, the College Board announced that it would be redesigning the format of the SAT test. The release of the new SAT is scheduled for spring 2016, and free test preparation software for the new SAT will be launched in spring 2015. Students taking the current SAT can prepare free at the Khan Academy, which is partnering with the College Board. According to College Board President David Coleman, the current version of the SAT, first introduced in 2005, has “become disconnected from the work of high schools.” The updated version of the SAT is intended to better reflect what students should be learning in high school and will serve as a more reliable indicator of how prepared students are for college coursework and the demands of the modern workplace. Although not specifically mentioned in the official College Board press release, another likely reason for the change in format is that the makers of the SAT want their test to stay competitive with the ACT, which has surpassed the SAT’s market share in recent years.

Reading
The new “evidence-based” reading section of the updated SAT will draw from the same type of source material as did its predecessor (science articles, historical documents, literary excerpts, etc.), but each SAT will now contain at least one passage excerpted from one of the “founding documents” of the U.S., such as the Declaration of Independence, the Bill of Rights, or Lincoln’s Gettysburg Address. The infamous “sentence completion” portion of the SAT will be discarded in favor of passage-based vocabulary questions that test students’ understanding of relatively common terms used in a specific context. One of the primary complaints among critics of the current SAT is that a large part of the reading sub-score depends on a student’s ability to discern the meaning of obscure and archaic terms almost completely out of context. Thus, instead of directly testing whether a student knows the definition of a word like “sinecure,” the new SAT will ask students to choose the most appropriate definition of a word like “party” as used in the context of a statement such as “the impeachment of Nixon will serve to divide the people into two parties.” Students will next be asked a follow-up question—“How do you know your answer is correct?”—and must identify the lines in the passage supporting their answers.

Writing
This trend of not only selecting, but also justifying, correct answers will be evident in the optional essay portion of the test as well. Instead of formulating a standard, 5-paragraph response to an open-ended essay prompt like “Is failure necessary for success?” students will read a passage and then write an essay in which they explain how the author constructs an argument in order to persuade his or her audience. Things to consider will be how the author uses facts and examples to support his or her position, the reasoning the author uses to connect claims and evidence, and the stylistic and rhetorical devices that the author uses to reinforce the ideas expressed.

The multiple-choice writing portion of the new SAT will be almost identical to the current writing section of the ACT. That is, instead of improving and identifying errors in individual sentences, students taking the updated SAT will be given several passages containing errors in grammar, style, and punctuation which they must identify and correct. Despite the change in format, the new writing section will still test the same basic grammatical rules tested on the current SAT, such as subject-verb agreement, pronouns, and idiom.

Math
The math portion of the new SAT will focus on three basic areas: (1) problem solving and data analysis, which will include ratios, percentages, and other mathematical reasoning used to solve real-world problems; (2) “the heart of algebra,” which will test how well students work with linear equations; and (3) what will be referred to as the “passport to advanced math,” which will test students’ familiarity with complex equations and their applications to the natural and social sciences.

Jenny Kim is the Director of Aim High SAT Academy in Norcross, Georgia.