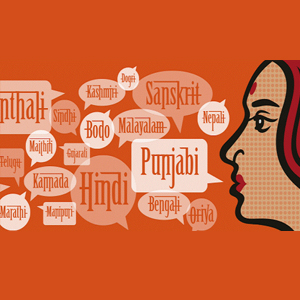 The link between language recognition, language alienation, and democratic values is profound, notes ANNIE ZAIDI in Bread, Cement, Cactus. That’s more so in India, which has 122 distinct languages, of which 22 are listed in the Indian constitution. Here’s an excerpt from Zaidi’s award-winning memoir of belonging and dislocation.

Maya Angelou has said that “the ache for home lives in all of us. The safe place where we can go as we are and not be questioned.”

This safe place—does it exist? I don’t know. What I do know is that the illusion must exist. For a person to give her loyalty to the land, to trust those who create and enforce laws, safety is a prerequisite. One essential aspect to this illusion is familiarity: systems functioning as we expect them to, people talking in tongues we understand. 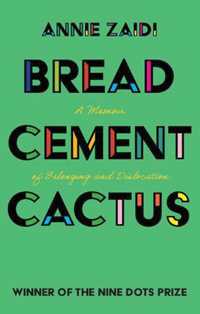 When a friend posted on Facebook that Hindi was his mother while Urdu was his beloved, I understood at once what he meant. A mother tongue, simultaneously soothing and challenging with its elastic grace, is the topsoil of attachment. There are few things as affirming as being able to tap into cultural nuance through words: literature of course, but also dialect, inflection of tone, idiom, being able to interpret silences.

Conversely, there are few things as disorienting as being in a place where you lack the language. Anxiety had crept up on me the first few of times I was in South India where street signs were in Malayalam, Tamil, Kannada: all unfamiliar scripts. The anxiety was difficult to acknowledge since I was not in a foreign country. It was startling, too, for I had not yet started thinking of language as a chariot of power, though I myself inhabited two of the most powerful languages in the country.

Looking back, it is amazing that I should have been so clueless. Mine was the generation that grew up watching advertisements for the Rapidex English Speaking Course. It was ubiquitous: businesses promising English fluency in a matter of weeks. This was intended as a supplement to regular schooling. Middle-class Indians scrambled to use every bit of influence they possessed to get their wards admitted to “convents,” schools established by English or French missionaries. Affluent parents who resented Christian cultural influences nevertheless strove for admission, and it became lucrative to append ‘St’ (saint) to any private school’s name.

The college I attended was church-run and some of the nuns did not hide their despair at how many girls enrolled to improve their marital prospects. Matrimonial advertisements sometimes included “convented” among the list of feminine virtues such as “homely” and “beautiful.” The word signaled a measure of discipline, a decent education and, of course, English.

Hindi scholar Francesca Orsini observed in a lecture on multilingual education that many Indians talked of their own language as a handicap. The most sought-after schools were those that could help kids overcome this handicap. Some insisted that students speak exclusively in English and petty fines were imposed to ensure obedience. School libraries stocked mainly English books.

Even in multilingual cities like Mumbai, which had aggressive movements for Marathi and against English and Hindi, the suburbs were plastered with advertisements offering “English” through images of youths dressed in western suits, a laptop or file in their hands. Language was key to jobs.

It was assumed that most Indians would also inhabit a “home” language, but this was not necessarily true. My own parents had to make a conscious decision not to speak English all the time. Mom says she didn’t want us growing up not knowing the ka-ki of Hindi, that is, failing to use the correct gendered pronoun. Hindi was best picked up in infancy. And so, Hindi with some inflections of Urdu, or Hindustani as it was called, became
my mother tongue. However, since my parents were bilingual, as were my aunts and uncles, English became an equal mother tongue, one that was nourished better through an unstinting supply of literature.

As a child, I failed to understand my classmates’ struggles with grammar workbooks. I never had to reach for answers; the knowledge was fused with my bones. It was only after I moved to Mumbai that I confronted my first linguistic hurdle: I did not speak Marathi. Still, I didn’t feel quite shut out since the Marathi script is nearly identical to Hindi. I also had a year of Gujarati in school and could read simple sentences. In this way, I always had partial access to the city.

However, in Mumbai, I could no longer take Hindi for granted and that’s when I started to pay heed. I would overhear phone conversations and pick out an Avadhi or Purbia accent, and I discovered that listening brought quiet pleasure, like cracking one’s knuckles or walking in the sand. The accent broke through my natural reserve. I found myself initiating conversations with strangers, even mock-arguing with vendors just for the pleasure of listening to them talk. There were clues to religion, class, caste and education embedded in accent, but once we got talking, we momentarily transcended our differences. For a little while, we stood on level ground.

Still, it wasn’t until I started travelling in rural India that I realized how at home I was in my own language, how out of place in another, and what was at stake.

Reprinted from Bread, Cement, Cactus with the permission of Cambridge University Press. Annie Zaidi is the 2019/2020 winner of the Nine Dots Prize, which seeks to reward creative thinking that tackles contemporary social issues. A freelance journalist and scriptwriter based in Mumbai, Zaidi is also the author of a novel and a collection of essays.