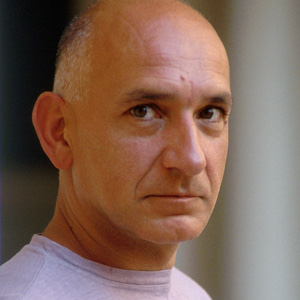 Think about it.  You are dead and your body, covered with flowers, is being borne on a bier along Delhi’s Rajpath, surrounded by thousands and thousands of weeping Indians. Only, you’re not really dead––you’re an actor playing dead and you have to remain still for hours on end with film cameras panning your face in the burning hot sun.

That was Ben Kingsley’s surreal experience in Gandhi as he played the famous climactic scene where the body of the Mahatma is brought before a distraught, weeping nation. For some reason, the dummy which was to be used as a corpse did not work out. Kingsley perforce had to step in and go through this challenging experience of near-death, which involved lying inert for nine hours on the funeral wagon, with the masses chanting and weeping around him.

“It was like being on an extraordinary drug, it was a very weird experience,” he recalled at our meeting. “I remember I was lying on my back and at one point I asked the second assistant director, ‘How many people?’ He said, ‘Oh, 40,000.’ And I said, ‘Well, I’ve got to get up. Got to pack up.’ He put his arm around me––because I was quite stiff––and lifted me up and they all went very quiet. I stood and pranamed to the north, south, east, and west. 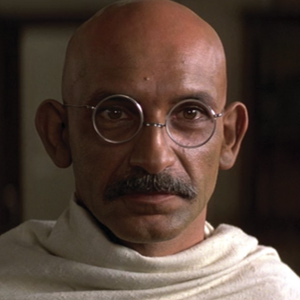 The crowds cheered and then they started to sing. Women from his ashram sang his favorite hymn and lifted me off the funeral wagon and carried me to my car and closed the door. Sardarji Ghumar, my driver, looked at me in the rear view mirror and all he said was, ‘Well done, sir!’ That was the biggest compliment in the world. I’ll never forget that moment!”

Thirty years later, in his new film Learning to Drive, Kingsley plays an Indian character after many years––Darwan Singh Tur, a Sikh driving instructor who teaches Wendy, a Manhattan book critic (Patricia Clarkson) driving––and about life and living. The actor based this gentle, dignified character on Ghumar Singh, the wonderful Sikh driver-bodyguard who was with him all the time in India during the shooting of Gandhi.

With Ben Kingsley, nothing is ever forgotten or lost––just filed away for the future.

“I am fascinated by people. I love watching them. I do have a vast memory bank and I can access them,” says Kingsley. “It’s a very lucky gift that I have, being able to absorb things. I think it is because I bring a level of attention to life. If you bring a level of attention to life, there’s so much information out there. If you are not alert to it, you miss an awful lot, particularly in the heightened environment of making a movie.”

Recently, I was one among five journalists who got to sit with the iconic actor at a table in a hotel room, discussing his new movie, Learning to Drive––and I was the lucky one to be sitting right next to him! His powerful performance as the Mahatma indelibly stored in my memory, it was surreal to come face to face with Mohandas Karamchand Gandhi! 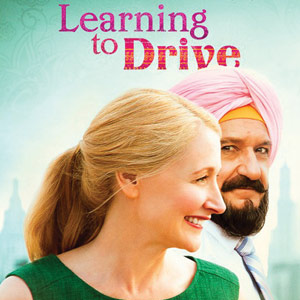 What all of us were pleasantly surprised to discover was Kingsley’s sense of humor and his accessibility. When it was time to take the inevitable selfie, he was delightfully easy-going for a celebrity of his stature, graciously posing behind my chair so that I didn’t even have to stand up for the photo op.

It’s an inexplicable feeling, sitting right next to Sir Ben Kingsley and looking into his startlingly penetrating eyes. Are they blue or brown? Later, you’re not really sure. Your glance flicks over the forehead, the nose which you have always identified as Gandhi’s ever since you saw the film and metaphorically rub your eyes. Aahh…the magic of the movies!

But going beyond his most famous role, wasn’t Kingsley also the mad psychopath of Sexy Beast? The mobster in You Kill Me? The hitman in War, Inc? Complications and layering are part of an actor’s makeup, part of his DNA but Kingsley seems to have more than most.  No matter which role he plays, getting into the skin of his character is now a given.

Indeed, in the decades since Gandhi, Kingsley has played a whole gallery of memorable heroes and rogues, collecting a raft of awards in the process. After earning an Academy Award, two Golden Globes and two BAFTA awards for his role of Mahatma Gandhi, Kingsley went on to earn three additional Oscar nominations for Bugsy, Sexy Beast, and House of Sand and Fog.

This year alone Kingsley has starred in The Walk, Autobahn, Self/less, the mini-series Tut, and Learning to Drive. He’s also been seen in the animated The Boxtrolls (which won him an Annie), Iron Man 3, Ender’s Game, Jerry Bruckheimer’s Prince of Persia, and two Martin Scorsese films, Shutter Island and Hugo, which won five Academy Awards. He was nominated British Actor of the Year by the London Critics Circle Film Awards for his performance in Elegy, opposite Penelope Cruz.

In Learning to Drive, Ben Kingsley excels––unsurprisingly––as Darwan Singh Tur, the Sikh cabbie, a calm man of faith. He’s also slated to be the voice of the lovable panther Bagheera in The Jungle Book, Disney’s 3D live action remake of their hugely popular 1967 animation classic.  As Isabel Coixet, who directed him in Learning to Drive and has also worked with him in Elegy, said, “That’s the good thing about Ben. In the film I’ve done earlier with him he was a Columbia professor, an intellectual, and a womanizer. He can be British, American, Sikh, he can be anything. You ask Ben to play a chair, and he could play a chair!” 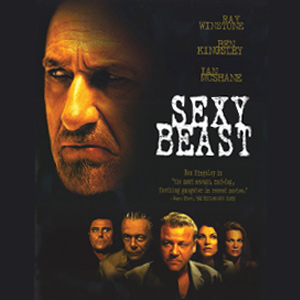 Our freewheeling conversation with Kingsley revealed a fun loving personality and a host of intriguing, little known details. No question was too personal to ask, and there was kindness too in

his quicksilver responses. Querying his role as a turbaned Sikh taxi driver/driving instructor, one young writer blurted out, “Did you grow your hair for that movie?” Kingsley, of course, is bald! While we all roared with laughter at the gaffe, he just smiled gently at the journalist.

Asked if people still identify him with Gandhi, he replied, “Oh, I hope so. I am so deeply proud of that film and that performance. I hope I am always associated with that film.” He also recalls the extraordinary working relationship with Roshan Seth who played Nehru, and of being taken by him through the little known interiors of the country, the ‘real’ India as it were.

As most fans already know, Kingsley’s real name is Krishna Pandit Bhanji, and he was born in 1943. He is the son of a Gujarati physician Rahimtulla Bhanji, who was an Ismaili Muslim from Kenya, and an English mother, Anna Lyna Mary. His grandfather, a successful spice merchant, had traveled from his roots in India to Zanzibar.

Kingsley, who has been married four times, is married to Brazilian actress Daniela Lavender since 2007. His four children are  Ferdinand Kingsley, Jasmin Bhanji, Edmund Kingsley, and Thomas Alexis Bhanji. And so the wonderful multicultural story of the Bhanji family continues.

At 71, seeing it all finally from the ramparts of age, experience, and success, how did he feel about his mixed heritage?

“I have got nothing to compare it with other than my own journey which is beautiful,” he reminisced.  “I have been accepted by so many diverse communities. I have had the privilege of working in three Holocaust films—the Jewish community have embraced me. After the House of Sand and Fog, the Iranian community embraced me, the Indian community embraced me, and the London cab drivers like me after Sexy Beast. They love that film! It’s been a great journey. I do believe that story telling is fundamentally healing, and I am a storyteller. I hope that by telling stories, a little bit of help and healing is going on.”

And indeed, being a storyteller has its priceless moments. In the assassination scene in Gandhi, where the Mahatma is walking with his nieces in the Birla Gardens, the grass growing over the spot where the great leader was shot was removed so that Ben Kingsley could walk on that very soil. He recalls, “That was so beautiful––nobody has ever been allowed to walk where his clay footprints are. It was generous,
so generous.”

Lavina Melwani is a New York based journalist who writes for several international publications. She blogs at Lassi with Lavina. Follow @lavinamelwani.