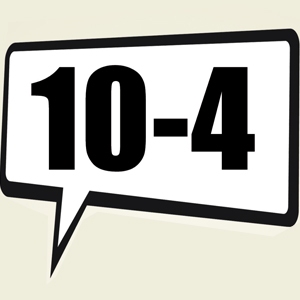 The eyelids quivered and his right eye opened slowly like a curtain in the movie theater. There was a faint smile on Papa’s lips. He seemed to be looking at Ravi and replied as if from behind the clouds on a new moon, “10-4.”

“What does 10-4 mean?” Tina asked Ravi. It was an excuse to talk to Ravi after hours of silence. Not that their marriage was spent, but the demands of life left little room for conversation. Time together had to be scheduled on weekends, their energy carefully rationed between work and play. Ravi looked up quizzically from his morning paper and demanded,

“You said that three times in your sleep last night.”

Ravi’s mind raced back to the events of the evening before. He had been at his dispatch desk at the county sheriff’s office when the call had come in, “Shots fired, man down … requesting 10-13 at the corner of Mabury and Gillingham.” Ravi dispatched backup: “All units, Code 3 to Mabury/Gillingham.” The base station echoed with responding units and their 10-4s.

Soon 10-4 started being used around the house in everyday conversation. “Don’t forget to pick up some milk on your way back.” “10-4.” Even their son joined in: “Pappu, finish chapter ten by tonight.”

“10-4.” Pappu started using the code in school among friends, and friends with their teachers. Soon it reached the principal’s office.

Tina’s mother shared lengthy recipes with her over the phone and Tina would let a 10-4 slip out every now and then. Finally one day her mother asked, “What is this 10-4, beti?” Tina explained, “It means, I heard you, I understand.” Tina’s mother was impressed. She started using the code in her texts to her kitty party. “Tonight’s meeting at 9 p.m., Mrs. Bhalla’s residence. 10-4.”

The pizza delivery boy at Mrs. Bhalla’s house started responding to orders with a 10-4 and mixed it up with LOL and ROFLs in his texts to friends.

Tina’s father started using it with the shopkeeper and his college friends. Soon the whole town of Lakhanpur was abuzz with 10-4 and people were at a loss to fathom how it all started.

The milkman told the butcher to save a goat leg for the family party next week, and the reply was 10-4. It would take two meters of serge for the holiday trousers; 10-4.

One day the phone rang in Tina’s mother’s living room. It was Tina, very excited. “Mummy, I have received my green card, you must visit us soon. Papa must come, too!”

Papa instructed the tailor to speed up the order for his trousers and to add a jacket as well. 10-4. Tina’s mother requested the town jeweler to rush order half a dozen gold bangles, the kind Madhuri Dixit wore in her last movie. 10-4.

Ravi was at the airport to receive Tina’s parents. “Papa, hope the flight was not too long. Sorry, Tina is out of town at a company meeting. I had to come by myself. Hope you don’t mind, Ma.”

Tina’s mother smiled, “Nahi beta, we know life is so busy here. We are so excited to see all of you. Pappu must have gone to his music class.” The drive back home was full of banter. How tall Pappu must have grown. Ravi had put on weight. Papa’s blood sugar had gone up. The neighbor’s son ran away with the other neighbor’s daughter. Ma was looking younger.

They arrived home just as the sun was beginning to set.

Tina’s parents gradually recovered from jet lag and started going out on morning walks. Pappu loved to hear Grandpa tell stories from his village. Grandma cooked many rare dishes that awakened Pappu’s juvenile palate. He enjoyed bringing his homework from school and sharing it with Grandpa after a hot lunch. Tina’s father enjoyed the long hot showers and sitting in the warm sun every afternoon. Tina took her parents to movies and restaurants and malls as much and as often as she could. When there was no one to drive them around Tina’s parents bought a day pass on the local transit and rode buses all day with no destination or schedule in mind. Once they burst out laughing upon realizing that they had returned to the same mall that they had left earlier in the afternoon. Tina’s father was still young at heart and started singing, “Do deewane shaher mein …” Tina’s mother blushed like she had the first time she saw him.

It was a Sunday afternoon of a new moon night. Guests were due in the evening for the Godhuli Lagna puja. They had picked an auspicious time of day to begin holy exhortations, a time when cows returned home kicking up clouds of dust on the orange horizon. Godhuli or cow dust.

Soon 10-4 started echoing around Tina’s house. “Papa, have you finished your shower?” No reply. “Papa?” No reply.

Tina and Ravi began pounding the bathroom door. “Papa,” “Papa?” … “Grandpa!” Finally Ravi took a dumbbell and rammed the lock. The door flew open. Papa was slumped over the bathtub, his hands dangling limply on one side.

The ambulance arrived within minutes, the driver’s lips still greasy from the quick burger he had been having in the cab. Two burly paramedics stormed into the house and whisked Papa away on a stretcher. “Airway clear, breathing ... check, pulse … present.” The ambulance radioed the hospital: “Unconscious male, 65, 160 lbs. Code Blue … ETA to ambulance bay in 2 mikes.” 10-4.

The ambulance raced through the weekend traffic, Thank God it was not weekday rush hour. Ravi, Tina, and Pappu followed the ambulance for two stops but then decided to obey traffic signals. The ambulance sped away, Ravi drove in silence, Tina texted away to an army of friends. Pappu said, “We should not have left Grandma alone.” Pappu realized that there had been no time for Grandma to get in the car. She had been looking for her slippers when the ambulance had roared off. Tina looked at the backseat, “We will go back for Grandma, someone needs to go with the ambulance to sign the paperwork.”

“Professor Amar Saxena,” Tina told the receptionist. It had been a long time since Tina last used her father’s name. To her, he was just … Papa. His name Amar meant immortal, and now he was in a distant land battling his own mortality.

Tina was aware that Professor Saxena was a well-regarded name in the secretive but closely knit circle of fellow nuclear scientists. He had seen atoms in motion colliding and disintegrating where others barely detected any vapor or dust.

“The Professor has been stabilized, we have moved him to ICU 9,” the receptionist smiled and started staring back at the monitor in front of her. Tina, Ravi, and Pappu raced up the stairs to ICU 9. There he was, motionless on the bed surrounded by a medical team in white gowns frantically shooting syringes and attaching tubes to his forearms. The doctor looked at Tina and spoke in a hushed tone. “It is a ruptured aneurysm, the next 48 hours are critical. There has been some internal bleeding. We are waiting for him to regain consciousness.”


Tina’s text reached her friends, “Papa at Good Sam, unconscious. Please pray. Puja canceled.” Ravi went back home to pick up his mother-in-law. Their friends started arriving at ICU 9. The waiting room filled to capacity. Four visitors were allowed in at a time by Papa’s bedside. Technically it was three visitors at a time since Ma occupied a permanent spot by her husband’s pillow. Many prayed, the Godhuli lagna arrived, and an elderly uncle suggested bringing a priest to conduct the puja outside in the parking lot. Special permission was obtained and the priest arrived and started chanting mantras in a Dodge Caravan parked in Lot C. The sweet smell of incense collided with the evening aroma of grilled tacos wafting across the parking lot. The priest blessed many visitors as they passed his van. Some smiled, some bowed, others fled. Ma chanted mantras, sliding 108 rudraksha beads between her thumb and forefingers continuously in ICU 9 as the priest kept ringing his bell inside the Dodge Caravan.

Thirty-six hours later Professor Saxena still lay motionless. The priest had gone home, Tina took Pappu and Ma to the cafeteria for a reluctant breakfast, and Ravi sat alone by the bedside staring out the window listening to a Jagjit Singh ghazal on his smartphone. “Yeh daulat bhi le lo, yeh shaurat bhi le lo …”—Take away this fame and wealth, return my childhood April showers. The medical team arrived, smiled briefly at Ravi led by Dr. Fitzsimmons, and started talking. “We will be pinching his limbs and talking to him to see if he is conscious.” They pinched the right toe, left toe … once, twice, no movement. The doctor squeezed Papa’s palms a couple of times before they felt something wiggle. The doctor looked at Ravi and said, “Say something.” Ravi struggled to speak. Finally he gathered himself and said loudly, “Papa, Papa, … this is Ravi. Can you hear me?” The eyelids quivered and Papa’s right eye opened slowly like a curtain in a movie theater. There was a faint smile on his lips as he looked at Ravi.

Tina, Pappu, and Ma returned from the cafeteria, bleary-eyed, reminiscing about good times in the past. Tina noticed a change in her father.

“His eyes are open!” she exclaimed. They rushed to his bedside. “Papa!” “Grandpa!” But his eyes closed again, though there was still a slight smile on his face. Finally Ma wiped a tear from her left eye and spoke, “Aji, sunte ho?” This time he opened his eyes, and as if from behind the clouds on a new moon responded, “10-4.”

Sanjoy Ganguly is a Bay Area resident exploring life and humanity in all its forms. He considers himself a writer, thinker, and yoga practitioner. He has been raising his precious daughter with his better half for the past few years. He believes that like charity, peace begins at home.