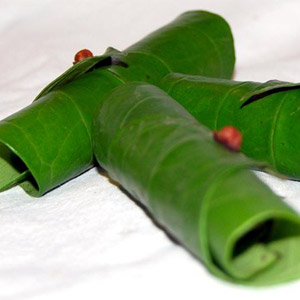 Once upon a time the paan leaf was happy just being a part of the festive Indian culinary routine. Then things changed and gourmet chefs discovered it. Soon it became a part of some of the most exotic drinks, starters, desserts and more. We track the journey.

If someone were to ask me to narrate the tale of my first encounter with the romantic, humble, and delicious paan leaf (betel leaf), this is how I would begin: A hint of coconut, a small portion of fruit candy, a dash of maraschino cherry, and a generous dose of rose petal preserves and spices, all sitting pretty in a delicately folded heartshaped leaf. Yes, while most of us may have not tasted a paan supari or a sada paan, the chances of us having gobbled up a meetha paan at an Indian wedding or at the end of a hearty meal are high.

However, ask me to introduce a paan leaf today and I would choose a completely different set of words. For today, the simple paan leaf has stepped out of the neighborhood paan shops and found its place in some of the best kitchens on the map. 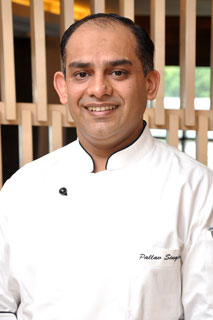 So when did we begin to look at the paan leaf in an adventurous light? “Up till recently, the paan leaf was used only for after-meal digestives or was a part of religious rituals,” says executive chef Pallav Singhal of JW Marriott Hotel, Chandigarh. “Today, we’re creating gastronomic delights with it.’’ Adds Gaurav Sachdev, general manager of Spice Water Trail, New Delhi, “It’s wonderful that we are now experimenting with the subtle and unique flavor of the leaves, be it for its taste or medicinal benefits.”

Rajiv Malhotra, executive chef at Chor Bizarre, New Delhi, says that while paan leaves have been a part of the Indian culture for centuries, only with the changing times has it emerged in a new avatar. “It has been reinvented and is being used in appetizers, main courses and desserts,” he says. So while we’ve made a good beginning, executive chef Parveen Kumar of Twenty.21, Bengaluru, points out, “We still have a long way to go, for there are a few taste buds that still show some resistance to it.” 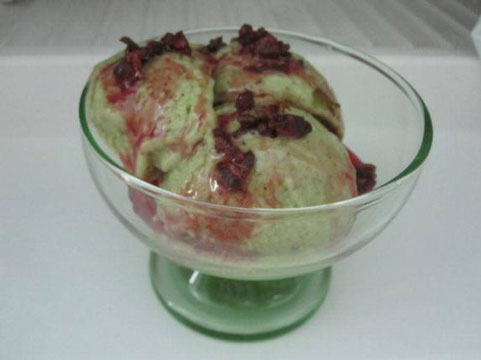 Everybody screams for the paan ice-cream…or so it seems with the leaf’s ascent into the dessert scene.

And what is attracting the foodies and chefs to the leaves? “I like the leaves for their sharp and slightly pungent taste,” says Manish Mehrotra, executive chef of Pan Asian Cuisine at Indian Accent and Oriental Octopus in New Delhi, and Tamarai in London. “Interestingly, they have been used to relieve headaches, sore throats, constipation, toothaches, arthritis, and joint pains.” Mehrotra uses juliennes of paan leaves for garnishing salads like the raw papaya and raw mango salad. Another favorite dish of his is a dessert, betel leaf panna cotta. Sachdev adds, “Paan has a dominant sweet taste and a minty aftereffect, which makes it a perfect digestive. The leaves are used as a stimulant, an antiseptic, and a breath-freshener.” 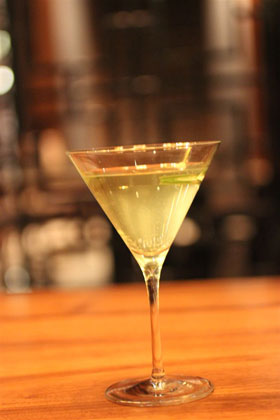 The Paantini martini at JW Marriott.

At Chor Bizarre, you can try the Paan Patta Chaat, which is made by deep-frying Banarasi paan leaves in a besan batter. Says Malhotra, “The leaves give a fresh and peppery taste to any recipe. It is valued for its medicinal properties, and it also acts as a mild stimulant or mouth freshener.” He recommends using it for desserts. Yes, paan has established a strong position in the preparation of desserts. However, Singhal says, “While a paan leaf lends a refreshing yet peculiar flavor to food, one should remember that it is conducive to use it in cold preparations rather than hot ones because it loses its properties on heating.” At Marriott, you will be spoilt for paanlicious drinks, kebabs, and desserts. The must-eats include a Paantini, an offshoot of martini with paan leaves, and a Paan ki Kulfi, a signature dessert at the restaurant. 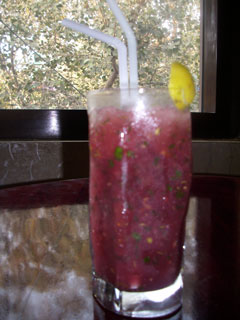 Paan Jacuzzi, a mocktail made with paan leaves, gulkand, and fennel seeds, and topped up with soda—a creation of Gaurav Sachdev, general manager of Spice Water Trail, New Delhi.

Sachdev says that paan-flavored drinks can be served in combination with vodka as long drinks or shooters. A mocktail that he created recently is called the Paan Jacuzzi, made with paan leaves, gulkand, and fennel seeds, and topped up with soda. “In this drink, paan leaves are muddled along with other ingredients and stirred with crushed ice and topped up with soda,” he says.

As for Kumar, he would experiment with paan leaves in the preparation of salads, wraps around meat, cocktails or fish steamed in betel leaves. “Paan’s nutty and intense flavor is making its presence felt in nearly every course of the meal,” he says. “Taste-wise it is bitter but has a very peculiar strong taste to it.” They will soon be introducing a range of paan cocktails at a food festival at the hotel. “Paan is used a lot in Southeast Asian cuisines too,” he adds.

Well, it seems that paan leaves have deliciously arrived in not just every kitchen but also every course of a meal! So what are you waiting for—go ahead and order a paan-inspired delicacy now.

Based in New Delhi, Purva Grover is a journalist and editor who writes about art, fashion, cinema, food, television, and people.