COVID-19  In-depth info for Indians in Atlanta/Georgia. Click here
Home > Magazine > Features > Icons: Kamala Harris – The Face in the Mirror is Ours

Icons: Kamala Harris – The Face in the Mirror is Ours 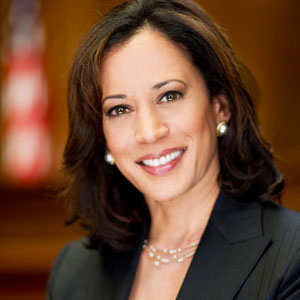 Who would have thought that, in our lifetime, we would see a vice president of the United States whose mother was a sari-wearing Tamilian Brahmin? Not only has Kamala Harris had her fair share of dosas for breakfast, but she has—like so many of us—made trips to India over the years, and has nostalgic memories of connecting with the extended family.

For many Indian-Americans, African Americans, women, and people of color; the face of Kamala Harris is their own face. The sound of the shattering of one of the world’s highest glass ceilings is beautiful music to the ears of minorities everywhere.

It is hard to believe that the United States of America finally has a woman vice president—the second most powerful position in the country, a heartbeat away from the presidency. What awes many Indian Americans is the fact that Harris’ origins are not so different from their own: she too comes from a close-knit extended family across the oceans, she too has draped and worn a sari, and she too has eaten many a dosa breakfast! I actually had a chance to see Kamala Harris when she came to New York as a senator to attend a nonprofit event. She was there with her sister and aunt, and recollected some of her childhood memories in Chennai celebrating Diwali with her maternal grandparents.

She remembered the nice clothes and jewelry her grandfather had bought for them, and how they would burst firecrackers on the streets. “It was one of the most joyous occasions,” she had said. “It was an occasion, as I know now as an adult, that was not just about lighting firecrackers and running through the streets with lights. It was about the importance of bringing light where there is darkness.”

Now Harris, with her high profile as Vice President- elect, along with President-elect Joe Biden, sent out this Diwali message to Americans: “Like so many cherished traditions during the pandemic, we know this year’s Diwali, with its symbolizing of light over darkness, knowledge over ignorance, and empathy over apathy arrives with a deeper meaning.” She added, “And that’s why as Diwali is celebrated via video calls while socially distanced this year, we look forward to celebrating Diwali at the White House next year—in person, together with you, and in a nation healed and united.”

It has been a long journey for this daughter of an Indian mother and Jamaican father. As The New York Times wrote, “In announcing Ms. Harris, 55, as his vice-presidential nominee, Joseph R. Biden Jr. told supporters she was the person best equipped to “take this fight” to President Trump.” Indeed, Harris likes to use three words as an introduction to who she really is: “Tough. Principled. Fearless.” Her track record proves it! Harris has been a trendsetter throughout her career with many firsts to her credit. She became the first African American, the first South Asian, and the very first woman to serve as Attorney General of the State of California. And then the first South Asian woman to be elected to the U.S. Senate.

[Right] Kamala Harris, as a child, with her mother, in Chennai.​

She currently serves on the Senate Judiciary Committee, Homeland Security and Governmental Affairs Committee, Select Committee on Intelligence, and the Committee on Budget.  To many Indian-Americans, the life arc of Senator Kamala Harris is particularly inspiring. As an Indian friend mentioned to me, it seems surreal for Indian-Americans to now have such a strong possible cultural connection to the White House. On Twitter, an Indian-American tweeted about her sharing a picture of her Indian mother, Shyamala Gopalan, wearing a salwar kameez, “She is all of our mothers who wore salwar kameezes back in the day when they were young & new immigrants to this country. Wow. Just wow.”

Indeed, the old photograph that Harris shared on Twitter is an arresting one—a young woman from South India sitting on the doorstep clad in salwar kameez, with a little girl on her lap. Below it, Harris wrote, “Thinking of my mother today. She was smart, fierce, and my first campaign staffer—and I dearly wish she was here with us for this moment. Her spirit still drives me to fight for our values.”

Harris grew up influenced by her mother’s family, which echoed with India’s independence movement. Her grandfather P.V. Gopalan was a senior diplomat in the Indian government. She writes, “Grandpa was one of my favorite people in the world, and one of the earliest and most lasting influences in my life.” Her extended family in India was also very much a part of her upbringing, even though the uncles and aunts were thousands of miles away. In her memoir, “The Truths We Hold: An American Journey” Harris delves into her Indian roots and shares how her mother Shyamala Gopalan Harris was her foremost inspiration.

Education was important in the home Kamala grew up. Her father Donald Harris had emigrated from Jamaica and went on to teach economics at Stanford where he is currently a professor emeritus. Shyamala Gopalan graduated from the University of Delhi at the age of 19 and was encouraged by her parents to pursue higher education at Berkeley in 1958. She earned a doctorate in nutrition and endocrinology, and went on to become a breast cancer researcher.

[Left] With her grandfather, P.V. Gopalan.​

Gopalan and Donald Harris met at the university and got married. They went on to have two daughters together, Kamala and Maya. The couple divorced when Kamala was seven years old, and the girls were largely brought up by their mother. As Harris notes in her memoir about her mother, “She had only two goals in life: to raise her two daughters and to end breast cancer. She pushed us hard and with high expectations as she nurtured us. And all the while she made Maya and me feel special, like we could do anything we wanted to if we put in the work.”

At the same time, Harris also writes, “My mother understood very well that she was raising two black daughters. She knew that her adopted homeland would see Maya and me as black girls, and she was determined to make sure we would grow into confident, proud black women.”

Harris was born in Oakland, graduated from Howard University and received her law degree from the Hastings College of Law, University of California. She married attorney Doug Emhoff, who will now become the first-ever ‘Second Gentleman’. The marriage to Emhoff made her stepmother to his children, Ella and Cole Emhoff, who lovingly call her “momala.”

Like many second generation and third generation Indians, Harris too is in a multicultural union with Hindu, Christian, and Judaic traditions. It’s a cross-cultural life where her aunt in India breaks 108 coconuts to evoke blessings for her candidacy and her mother’s ancestral village joyfully celebrates the Biden-Harris victory.

Harris has been a rallying figure for many women who see themselves in her. “South Asians for Biden,” a grassroots organization headed by Neha Dewan organized a virtual event for women where Harris herself weighed in on how South Asian women can usher in a new wave of leadership. “We are stronger because of our diversity, not in spite of it,” she said. “And to all the young women watching this, I just want you to know that you are never too young or too old to be a leader. So, get involved in your community, run for office Whatever you do, it matters. Just lead and don’t listen [to the voice that says] it can’t be done because you have never done it before.”

Dewan emphasized the significance of Harris’s selection as the vice presidential nominee and mentioned her own four year-old daughter Mila. “I now have a daughter who, unlike me, will have many women, especially South Asian women in public service and leadership roles she can look up to. To be able to tell Mila that she can be the Vice President and the President some day, and show her someone who looks like her on the national stage is so significant and empowering.”

Harini Krishnan who was a lead organizer in California for Harris’ campaign in 2019, is now a State Director of “South Asians for Biden.” As a mother of two daughters and herself the daughter of a mother who came from Tamil Nadu in search of a better life, Krishnan identifies closely with Kamala Harris, “Her nomination as vice president signals a new era of diversity in our nation’s history, one that celebrates and lifts women and women of color to all places where decisions are made.”

The contribution of Kamala Harris in rallying Indian- Americans to the Biden campaign, be it in voter enthusiasm or fundraising, cannot be understated. There is a segment of the community which feels she’s not Indian enough; but largely, she has been an asset to Biden in attracting South Asians and other minority voters.

[Top] Harris and her sister Maya with their maternal family during one of their visits to India.​

The South Asian Block Party, an official fundraiser in support of the Biden-Harris ticket, attracted more than 1300 South Asians from around North America. The event, which was put together by South Asians from television, film, music and entertainment, featured headliners such as Preet Bharara, Aasif Mandvi, Mindy Kaling, Kumail Nanjiani, Madhur Jaffrey, and Sakina Jaffrey. The event energized young voters and raised $250,000—which many of the organizers believe couldn’t have happened without the selection of Kamala Harris for Biden’s VP.

As U.S. Representative Raja Krishnamoothi says about the impact of Kamala Harris, “I think it’s a huge plus—you see it in all kinds of metrics, whether it’s fundraising, whether it’s the engagement, it’s palpable. Her addition to the ticket made a big difference in those and other areas with regard to Indian Americans. You see pictures of her family and you see your own family in those pictures. It’s really quite striking.”

Maju Varghese, the COO of the Biden for President Campaign, hails from Kerala. Asked about the selection of Kamala Harris as vice president, he says, “It is incredibly important. After we got the news, I got emails and phone calls from families who aren’t necessarily political. They felt heard and seen in a way that maybe they hadn’t before. That photo of Senator Harris with her mom in a sari—that was all of our moms. I think it’s going to mean a lot for the Indian American experience in this country, another symbol of how far we’ve come.”

As Varghese points out, Kamala Harris and what she’s achieved has opened up new avenues to young Indian-Americans, “Our children don’t have to become doctors and engineers, for children to serve at the highest levels of government, and it can be a vital part of our democracy, and can contribute to society in so many ways. I think you’re going to see another generation of Indian-American leaders in politics and government as a result of that.”

Lavina Melwani is a New York-based journalist who blogs at Lassi with Lavina. Follow @lavinamelwan