IndiaScope: A Dangerous Turn for India and China 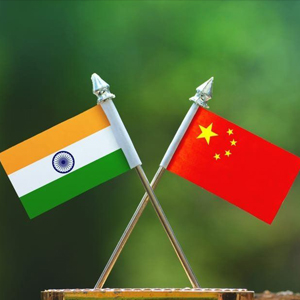 A shocking and bloody encounter involving hand-to-hand combat brought the world’s two most populous nations to the brink of war high in the Himalayas.

In June, India and China engaged in their worst conflict in decades, in the Galwan valley at the northeastern line of actual control (LAC) separating Indian territory from the Aksai Chin area that is claimed by India but de facto occupied by the Chinese. Because the agreement over the years has been for the area to be de-weaponized, no guns were fired but twenty Indian soldiers and about twelve Chinese were killed in a gory hand-to-hand combat with makeshift weapons of rocks, bats and batons covered in barbed wire, and projectiles.

While the reports differ depending on which side they emanate from, and while there were past incursions over the LAC from either side, this time was different. While in the past an incursion would be thwarted, reported and then mediated through the existing channels without lives lost, this time the Chinese moved over the LAC, overtook an Indian station, built tents and moved material. After discussions were held, the incident seemingly de-escalated and the Chinese had receded, Indian soldiers moved in to dismantle and remove the tents. This is when they encountered almost three hundred newly gathered Chinese soldiers who ambushed and killed twenty of the outnumbered Indians by beating them to their death or causing them to fall to it from the mountains.

Indians were shocked because this was clearly a newly aggressive step in the long stand-off, the worst conflict between the two sides since the 1962 war. The difference this time is also that China appears unrepentant, and even though there have been diplomatic meetings at high levels, the incursion into Indian territory still stands some weeks after the battle. The Chinese seem to have calculated that India, weakened from an exhausting on-going pandemic, is too distracted to do much. A stronger Indian response might trigger a wider war, and India does not seem prepared for that at the moment. Militarily and economically, the Chinese have the upper hand for now.

In the medium and longer term, though, the Chinese might be miscalculating. Indians are outraged at the Chinese action and the government has already ordered economic sanctions. Most recently, India has banned the use of over fifty Chinese apps, including the popular TikTok which spreads China’s soft power to millennials all over the world. An India that was already exploring deepening ties with the U.S., Australia, and Japan through the loosely formed Quad alliance will no doubt be forced to lean more heavily on these partners, something that China has in the past frowned upon.

Indeed, as the coronavirus has wreaked havoc across the world in individual countries as well as on the very lifelines of globalization themselves—transportation, supply chains, travel and exchange—China, which is past the worst of the pandemic, seems to have taken this opportunity to make gains in areas where it has problems. It has been staging drills against Taiwan, militarizing the South China Sea and brutally cracking down on Hong Kong, passing a security law that has finished off the remaining vestiges of Hong Kong’s independence and of China’s agreement with Britain. In India’s own neighborhood, it has moved boldly to build visible economic pipelines in Pakistan’s border areas, bringing it openly into its orbit. Europe and the West, reeling from months of the effects of the relentless virus and their own internal turmoil, have been muted in their responses.

In India, the Modi government is trying to end the crisis through diplomatic means without it escalating into an unwanted war. In so doing, it has risked looking weak and has invited the title of “Surrender Modi” from the opposition. While Indians continue overwhelmingly to support the prime minister through the pandemic and now the Chinese incursion, it is possible that the many crises and missteps of the Modi government, from demonetization and Kashmir to the sudden lockdown that left millions of Indian workers in the lurch, will ultimately wear on his popularity, even though he has to date been Teflon Modi.

It is also possible that we are seeing a militarily resurgent China in the Asian and global realms that is not even trying as hard as before to cover its tracks, but is rather pushing forward quite blatantly in the shadow of the world’s current impotence. In this sense, the recent India-China conflict is more than bilateral; it could be viewed as the beginning of a newly and globally aggressive China, acting first within its Asian sphere and then perhaps moving outwards.