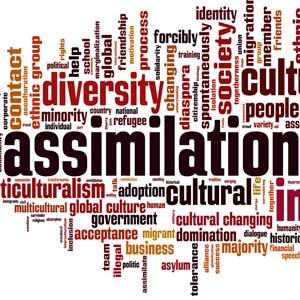 I spent the month of June in Russia and Italy, spending time primarily in Moscow and, in Italy, the Emilia-Romagna region of Ferrara, Bologna, and Venice. I reflected on the fact that I was going to be in two countries that had captured my imagination in India. Indians growing up in the 70s and 80s recognized Russia, then the Soviet Union, as a steadfast strategic ally and economic partner, and Italy as the country that had exported an unlikely daughter-in-law to the premier political family. In fact, somewhere in Orbassano, there was a road named for Rajiv Gandhi. Of course, I realized that much had changed in the intervening decades that had displaced both countries from the preoccupations of contemporary Indians. But nonetheless, I went looking for connections.

In Moscow, the Indian presence is negligible. While I saw some groups in Red Square, they were far overshadowed by the large Chinese tourist presence. While one travels almost anywhere in the world these days, and certainly in Europe, with the expectation of encountering a visible South Asian diaspora, Russia bucks this trend. The country’s immigration is still tightly controlled in comparison to Europe’s, and their diversity comes primarily from people from their own former republics who appear to be allowed to immigrate with relative ease. While there are Indian students and some businessmen in Moscow, there is hardly a widespread presence. And there is no evidence of the once-strong relationship that India and the Soviet Union shared that used to be on display in India through organizations like the House of Soviet Culture that I passed on Nepean Sea road in Bombay every week on the way to my grandmother’s. Indeed, the Modi-Putin meeting earlier this year that brought to the fore remarks about the two countries’ “true friendship” seems to remain in the realm of photo-op.

In Italy, there is a much more visible presence of South Asians, primarily Bangladeshis, who have now become one of Italy’s largest immigrant groups. In Emilia-Romagna, immigration is not as pronounced as it is in the large Italian cities, but even here I saw Bangla-operated fruit and general grocery shops, apparently the business they have succeeded in the most. In Venice there are numerous Bangla roadside vendors and waiters, and I was told that in Rome there is now a Bangla shop in every corner. Pakistanis have also migrated to Italy in large numbers in recent years, and in both cases, this migration has been mostly that of young men. In the last decade, Bangladeshis and Pakistanis have made the journey to Italy through land and sea, often with boatloads of Africans who make the dangerous passage from chaotic Libya.

In stark contrast to Russia, Italy’s immigration laws are among the most generous, essentially turning back no one, and regularizing and assisting undocumented migrants and refugees with speed. One sees this policy in play through the many migrants and refugees who move freely through the country seeking their fortune. Of course, in a country where unemployment is already high and there is no apparent plan in place for the hundreds of thousands who have come to Italy in the past few years, one wonders what is in store for migrants, refugees, and Italians in the future. As countries at Italy’s borders have refused to accept these migrants, those who came to Italy hoping to move to places in the European Union with brighter economic prospects find themselves languishing in Italy.

What is striking is this: there is a new South Asian diaspora afoot in Europe, and it includes countries that were never part of earlier diasporas, countries like Italy, Greece, and Portugal. It is a migration born of Pakistani and Bangladeshi political and economic desperation, and it is almost exclusively undocumented. Indians feature much smaller in this new diaspora, where once they dominated. And where once South Asians left their shores armed with educational qualifications and quickly acquired credentials and employment, particularly in the U.S., Australia, and the U.K., this time the road ahead is much more challenging. South Asians are again putting their footprints on different parts of the world, but the parameters and conditions of their journeys are greatly different from before.

It is hard to project a clear future for these South Asians in their new homelands—isolated by language and religion and without wives or families in countries already reeling from economic malaise. But then again, South Asians have been forming diasporas in the unlikeliest of places and under the harshest of conditions for centuries. This time may be no different.