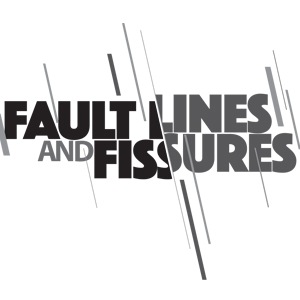 Change is good—or is it? In recent years, some major geopolitical shifts across the world have affected many countries, including India and the United States. Here’s an overview.

The long, hot summer was punctuated by seemingly unconnected world events that may be, on closer look, indeed connected by strains of similar phenomena—new global realities, losses for the old guard, changing fealties, and societal transformations.

In Great Britain, Brexit supporters won a decisive victory and the hitherto unthinkable came to pass. As the polling analysis revealed, two Britains had emerged: the urban, more prospering (if not always prosperous) multicultural elite, and their rural counterparts who felt, wrongly or rightly, that the country had left them behind. Regionally, the results were further complicated.

In Turkey, a small section of the army attempted (very ineffectively) to institute a coup against the creeping dictatorship of President Erdogan’s government. Although Erdogan blamed, without proof, supporters of the cleric Fethullah Gülen (now living in the U.S.) for the coup, his reprisal was swift, merciless and widely overreaching. Much of Turkey’s secular society and the legacy of Mustafa Kemal Atatürk, its modern founder, lie in a shambles as a result. Deans across Turkey’s universities lost their jobs, the army and the judiciary suffered purges and the media is facing ever stricter controls. Although all Turks came out against the coup initially, what is clear now is that Erdogan has seized the opportunity to deal the secularists a blow from which they are unlikely to ever recover. Erdogan’s new Turkey will undoubtedly be less democratic and less secular, and the Middle East will be transformed as a result.

In the U.S., Donald Trump gained the Republican nomination despite the opposition of not just Democrats, but a sizeable number of Republicans, too. The old-guard Republicans, whom he derisively referred to as the out-of-touch elite, were horrified as a bombastic, self-serving messiah with little knowledge of foreign policy, legislative politics, or the economy nevertheless managed to tap into a well of deep resentment and hopelessness among a part of the populace—in the Midwest, where shells of old factories lay decaying, in small-town America where jobs that once existed had evaporated. The rest of America was stunned at Trump’s rise; two countries looked at each other, suspiciously and without recognition.

India is waging its own internal battle. This time, it’s not with terrorists or secessionists, although of course these threats continue to loom. Rather, it’s the secular, progressive India versus the traditionalist, more rightist majority who lament the new boldness exhibited by hitherto quiescent sections of Indian society: women, gays, the irreligious, and nonreligious. Hindus who assert their rights in what they see as a Hindu India under attack by those who don’t share their values, versus those who believe, for example, that beef can and should be eaten in a democracy by those who wish to.

Everywhere, the old contracts are fraying. In Britain, being a part of Europe once seemed obvious and inevitable, but in the process some Britons seemed to have lost themselves. The consensus that there was strength in regional alliances has worn down and the doubters have been strengthened. In Turkey, the liberal secularists are in a fight for their lives, and appear to be losing. Although the country is still divided, the traditionalists (who include Islamists) are gaining ground, and their values are anathema to the liberals who, if they worshipped at all, worshipped first at the altar of Atatürk. In the U.S., Donald Trump speaks in ways that hitherto seemed out of the bounds of acceptable political norms for leaders of the two major parties. The existing concord, that the two parties (often referred to by political scientists as Tweedledee and Tweedledum) shared more in common than they held apart, has crumbled. In India, there may always have been two countries within one, but the old Congress coalition dominated the socio-political landscape so that it appeared that the country agreed on its secular, progressive, post-Independence values even in the midst of deeply-ingrained traditions. That national agreement has now ruptured.

The world is in flux. Mass migrations of the kind not seen since World War II are further changing landscapes. These transformations will play themselves out and a new consensus will emerge that will govern these countries and world relations.