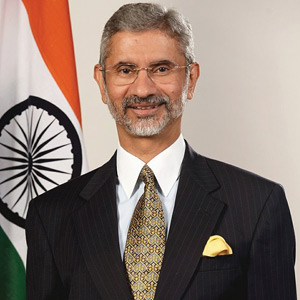 The appointment of Subrahmanyam Jaishankar, an apolitical career bureaucrat and former foreign secretary, as India’s new minister of external affairs sends a strong signal to the world about the shape of India’s foreign policy in the second Modi government—or Modi 2.0, as it is being called.

In the past, loyal political operatives held this top cabinet position. By appointing Jaishankar, Modi is signaling his trust in this veteran’s vast experience, integrity, and talent to make good on his vision of a more consequential India. More importantly, the decisive election win allows Modi to act more statesmanlike and to shed any political insecurities that might have precluded such an appointment previously. Sure enough, the appointment has been met with almost universal praise and approval.

In his first term, Modi’s foreign trips and outreach to world leaders from Obama to Abe to Netanyahu became legend. Amid some of the sniping about spending time and money abroad, however, an important picture was being created—that India was ready to play with the big kids on a global arena rather than merely a regional one. At the same time, the neighborhood and region continued to be of supreme importance in the articulation of a pragmatic and successful foreign policy. After all, if your neighborhood is not safe, then neither are you, and if you get mired in the neighborhood, you can’t pursue the larger global issues. These two impetuses will again form the core of India’s new foreign policy, and constitute a continuity from the first Modi government.

A notable change appears to be the deemphasizing of Afghanistan and Pakistan from the most pressing of India’s foreign policy priorities. Underlining this, the VIP invitees to Modi’s swearing in included the BIMSTEC (Bay of Bengal Initiative for Multi-Sectoral Technical and Economic Cooperation) leaders of Bangladesh, Bhutan, Nepal, Sri Lanka, Myanmar and Thailand, rather than the traditional SAARC (South Asian Association for Regional Cooperation) leaders. Reimagining the neighborhood to include Thailand is a strategic move designed to expand India’s immediate reach and influence. The policy is at the same time a continuation of the Look East policy that has been the hallmark of previous governments, as they sought to strengthen relations with Southeast Asia and provide a counterpoint to China’s power in Asia.

No one can argue with the continued prioritization of the neighborhood; the extension to include Thailand, and India’s Look East policy itself, is necessary and smart. What is less clear, however, is why Afghanistan, where India has earned much social capital and soft power, and Pakistan are being deemphasized in the new foreign policy articulation. Is it a strategic move designed to punish Pakistan for its lack of progress in cooperation on terrorism issues and a reflection of the continued lack of trust and growing frustration on the part of India? Even if it is, how practical is it to sideline one of the most important thorns in the side of India and impediments to its peace and prosperity? On the other hand, might a temporary devaluing send a pointed signal to the Pakistan government without an unnecessary escalation of emotions?

For decades, India has prided itself to be a world player in foreign policy. In the post-independence period, it asserted leadership in the Non-Aligned Movement, a bloc of states which consciously separated themselves and their policies from the growing bipolar alliances of the Cold War (although India was firmly in the Soviet camp). When the Soviet Union fell, India took its time, but finally warmed up to the U.S. The Indo-U.S. partnership has gone from strength to strength from the George Bush era though the Clinton and Obama years to the current Trump presidency. When the Trump administration recently removed trade privileges, India acted with maturity and little reactivity, focusing on the long-term relationship; only later were retaliatory tariffs imposed. All in all, India’s long dream of gaining significance in the global arena is finally coming to fruition.

Going forward, however, India will have to engage the Af-Pak region. Its two-pronged strategy of regional/global is a sensible one, but the elephant in the room will continue to be neighboring Pakistan and the worsening instability in Afghanistan.