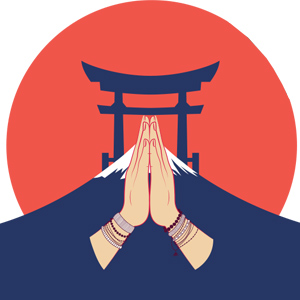 China’s dominance, both in Asia and increasingly in the wider world, has caused Japan and India to join forces to contain a superpower, notes TINAZ PAVRI. Is this the start of a vibrant, lasting partnership?

In Japan recently, I pondered, as I often do when I visit, about this Asian democracy in juxtaposition to another, India. On the surface, they could not be more different. For instance, arriving on the heels of the October typhoon, our plane was diverted from landing in Fukuoka to the small airport in nearby Kitakyushu. Exiting the airport at midnight, groggy from a very long flight, my colleague and I saw other displaced Japanese travelers forming orderly lines for the last buses out of there. We beseeched the few waiting taxis to take us to Fukuoka, but to no avail—they were adamant that taxis to Fukuoka plied only during the day; those were the rules. No one argued, no one raised their voices, and no one challenged authority. Thankfully, we were shown the glimmering lights of a small hotel in the distance, and walked through gusty winds and rain to bag rooms for the night. I reflected ruefully that had this happened in India, not just taxis but enterprising locals in assorted vehicles would have jockeyed to take us to our destination for a price.

In so many other ways, Japan and India are culturally, economically, and socially very different. At the risk of stereotyping, in Japan one sees order, a deference to authority and efficiency. India is rambunctious, disorderly, and always one step away from dysfunction. In the last twenty years, as India’s economy has taken off, the Japanese economy entered its long and debilitating stagnation, from which it is only just beginning to emerge fitfully. Yet, India has hardly made a dent in its tremendous problems, including infrastructure, which is in a state of breakdown in most cities. The Japanese, despite their long economic malaise, have burnished their highly functioning infrastructure—as I reminded my colleague, trains and buses leave on the exact minute, or a minute before. And, as India looks at becoming the world’s most populous country by 2025, Japan’s population is declining dramatically.

But as with India and America, there is something about the democratic tradition that ties these two Asian countries together; they are liberal democracies with the longest histories on the continent, both launching their experiments after World War II. Despite Japan’s long one-party rule (Shinzo Abe’s LDP and its beneficiaries have dominated much of post-war Japanese politics) and India’s inability to deepen and strengthen its own civil society, the supporting bedrock for a flourishing democracy, these two countries have become consolidated democracies. Both have enshrined fundamental rights and liberties, and both have held (mostly) free elections in which citizens vote without restriction and multiple parties field candidates.

Since Narendra Modi’s ascent as Prime Minister, the two countries have moved to deepen relations, spurred by common strategic interests in Asia as well as personal chemistry between him and Abe, both unapologetic nationalists. In fact, the India-Japan Summit in September was held in Gujarat, Modi’s home state. Important new steps were taken in the trade relationship, including laying the foundation for the new highspeed rail project that Japan has invested in. I may be mistaken, but Abe also became the first Japanese Prime Minister to wear full Indian garb during his visit and wave from an open motorcade to approving crowds.

China’s continued dominance both in Asia, and increasingly in the wider world—its great influence in Africa, for instance—have caused Japan and India to join forces to contain a rising China. During Abe’s visit, they were at pains to elaborate on their “special strategic and global partnership.” They announced Japanese investment in infrastructure projects in India’s underdeveloped northeast. Of course, this will bring Japan into the region of India’s disputed territory with China, a fact that China has noted and warned about. But India and Japan have the support of the Trump administration as they move forward to counter China’s influence. The term “the Indo-Pacific,” barely used before, is now used to underline India’s key role in the region. Indeed, where the U.S. used the term Asia-Pacific before, the Trump administration has now adopted the term Indo-Pacific, and this is not inadvertent.

Is this a new era in India-Japan relations? While it is too early to state definitively, it certainly appears to be the beginning of a special relationship.