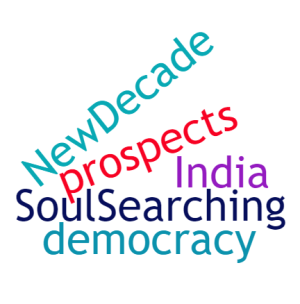 How did India fare in the first two decades of the 21st century? And what are its prospects for the near future? A State of the Nation report, as we leave the ’10s behind and usher in the ’20s.

No one can deny that the last two decades have been transformative for India’s economy. These years carried hundreds of millions of Indians into the new middle class, allowed hitherto unknown upward mobility for the lowest rungs of society, created millions of new jobs, allowed Indian companies to proudly acquire famed global brands like Jaguar Land Rover and Corus Steel. With a rate of growth that hovered between 7 and 10 percent and the accompanying economic liberalization that brought previously-unseen levels of foreign direct investment and media globalization, progressive social change and a deepening of democratic institutions also seemed inevitable. New strides were made in space exploration and the Indian armed forces successfully defended the border.

But where will we be in 2020? The faltering economy has not provided jobs in the numbers that are needed to lower rising unemployment figures, and the day to day struggle of life for the average Indian is far removed from that of the few who have gained immense riches during this time. This daily struggle includes the herculean hurdles of traffic congestion brought about by innumerably more vehicles on the road (aided by easy-to-acquire auto loans, an issue that may well have its own reckoning coming) without adequate infrastructure development or repair. Pollution is rife; in November, Delhi schools were shut for a couple of days because pollution was declared a health emergency. Despite the laudable “Swachh Bharat” (Clean India) campaign that sought to bring a culture of sanitation to India’s streets and environment, open garbage and raw sewage are still very much a part of life.

Whereas traditional Indian mores and norms stretched to embrace greater rights for women and minorities (and indeed public opinion polls echo this), the reality of a ghastly rape culture that doesn’t spare women of any age, social class, or creed seems to have taken hold. India seems to reel from one horrendous rape to another, clamoring with each crime that this has to change, but aghast at the next one. The Thompson Reuters Foundation called India the most unsafe country for women in 2018. This provides context for why Indians rejoiced recently when four suspected rapists were shot dead while in police custody. Police stated that the four had lunged for their weapons. But because they are dead, there will be no trial that would have in fact strengthened the rule of law.

2019 was a consequential year for India on the political front. It was the year that the BJP made history with a blockbuster win that allowed it to form government on its own terms and carry out controversial campaign promises with the knowledge of a solid majority behind it. Article 370, giving Kashmir a special status and protections, was revoked. The autonomy that it guaranteed to Kashmiris has long rankled with large parts of the Indian public, and its revocation became a clarion call within the BJP and its supporters.

One can debate the consequences—whether this will be disastrous and breed new generations of alienated youth who will engage in perpetual cycles of violence, or whether this will open up a brave new era in Kashmir where prosperity will reign and Hindu and Muslim will live in harmony into the future. What is less debatable is the manner in which the revocation of Article 370 was achieved. It is said that in democracies, actions that require planning, secrecy, and silence are hardest to pull off because of the very nature of a boisterous and open system with checks and balances that democracy guarantees. The Indian government, however, succeeded in doing just that: conducting an operation that involved weeks of closed-door planning that did not include the nation’s opposition parties or citizens. And India seemed fine with it. Another new law has just been tabled at year’s end—the Citizenship Amendment Bill—one that aims to give succor to illegal immigrants who have fled oppression. But it specifically excludes Muslims.

As a Political Scientist, I’ve always maintained that despite the greatest of odds, India had pulled off what only a handful of former colonies have since independence— the consolidation of a democratic form of government. I argued that India may face innumerable problems, but the maintenance of its democratic institutions was not one of them, because the values of democracy had been sown deep into the heart of all Indians and had taken firm root. In 2020, however, I believe that soul-searching is warranted.