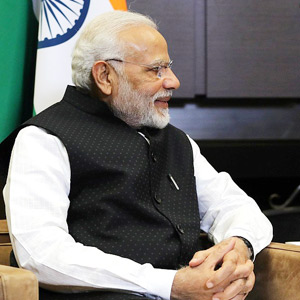 Most Indian-Americans have heard of, seen, or commented on the enormous rally in Texas welcoming Prime Minister Narendra Modi and also featuring a most unusual warm-up act, President Donald J. Trump. Around 50,000 people enthusiastically displayed their cultural pride and support—but what does that mean for Indian-Americans in the current political environment?

Although the crowd in Houston was there to see the popular prime minister, there is little doubt that Trump benefited from the event as well, as he sought to display his close friendship with and support of Modi and his agenda. In true Trump fashion, he lavished praise on the audience and assured them that America loves them, conveniently ignoring the reality of his immigration tightening measures that impact the community. Along with Modi, he, too, received standing ovations from the crowd, most notably when he spoke of fighting terrorism.

The approval of the majority of Indian-Americans for Modi is unquestionable. The more complicated question is their relationship with Trump and Republicans. Trump is eager to tap into the four-million-strong community and over one-million-strong voting bloc. Indians in America have historically been low-key in terms of political stances or involvement, but this is changing in our age of overt partisanship and division. They, like everyone else, are now forced by the prevailing political climate to choose sides, to become louder, more opinionated and visible.

Up until the first Bush presidency, they were somewhat evenly divided in their support for both Democrats and Republicans, hewing Republican. But 9/11 and the mood of suspicion in the country, along with stories of racial profiling, served to throw the community decisively into the Democratic camp. They became enthusiastic supporters of President Obama and Hillary Clinton, voting for the latter by a veritable landslide. 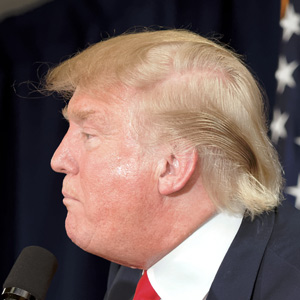 Trump is seeking to change this equation. If we look only at recent numbers, this would be a steep climb—Indian-Americans’ support for Hillary Clinton reportedly reached almost 80% in the last election. However, Trump is creating openings that might bear fruit. Although historically the group has retained traditional and conservative values that supposedly dovetail with avowed Republican ones, the younger generation is decidedly more liberal and embracing of progressive values. Of the representatives of Indian origin in the U.S. House, the majority are Democrat, including high profile ones like Ro Khanna of California. Trump, however, has made some key Indian-American appointments, including Nikki Haley, Ajit Pai, Seema Verma, and Neomi Rao. He has sought to align himself with the Hindu groups that organize around traditional Indian issues both political and cultural, and offer support to PM Modi’s agenda. These are groups that are well funded, and could potentially steer support Trump’s way. Democrats who have opined against India’s recent move in Kashmir, such as Bernie Sanders, have earned the scorn of many in the community. On the other hand, Trump’s robust support for the national security of India is being construed as a tacit acceptance of Kashmir. It is not too far to believe that these kinds of stances by Trump and his perceived closeness to Modi will move more than a few voters.

Of the complicating issues around the Indian-American vote is the fact that the overwhelming presence of Indians is in states that are blue: New York, California, Illinois, New Jersey. Texas makes things interesting because it is a red state and may (depending on which account you believe) be trending purple. The Indian-American vote would truly matter, and could have the potential to change outcomes. The Modi-Trump rally and indeed their relationship itself could allow Indian-Americans to take another look at the Republican party. It is not a stretch to include Georgia in this calculation as well—another potentially purple state that feels the ripple effects of the larger community in Texas.

What is called for is a more nuanced understanding of the Indian-American community. Despite recent voting trends, it is not monolithic, and Republicans may well be getting another look. On the other hand, outside the rally were thousands who had partnered with progressive groups like Black Lives Matter and opponents of Modi and Trump. They will be working hard towards Trump’s defeat. All in all, Indian-Americans have become a group that politicians will ignore only at their own peril.