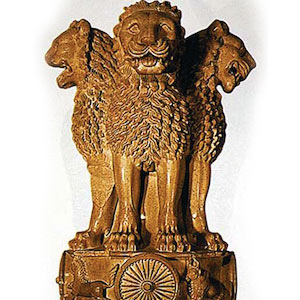 How does the average Indian see their nation’s long engagement with democracy?

When India gained its independence in 1947, no one was willing to bank on the prospect of a continued and robust democracy, despite the country’s great hopes, and Prime Minister Jawaharlal Nehru’s aspirations that India would “awake to light and freedom.” Seventy-two years later, although we see the perils of communalism, casteism, classism, sexism, and fundamentalism still continuing to plague the country’s soul, most would agree that, flaws and all, the body politic is still intact (a brief hiatus during the 1975-77 Emergency notwithstanding) and the Indian experiment is ever-evolving. This makes India one among only a handful of former colonies that committed to a democratic political framework and continued with it, even while the hopes and dreams of so many other newly-independent colonies across Asia and Africa shattered and collapsed to strongmen, autocratic repression, and tribal violence.

I have written before about the many challenges that are facing India in a variety of contexts. Here, I want to focus on what the average Indian thinks about his or her democracy. What does living in a democracy mean, and what is it worth to them? Is it something sacred and worth fighting for? Or even in a more banal sense, do Indians love their democracy?

One of the greatest modern political scientists to write about comparative democracy and values, Ronald Inglehart, has stated that for the long-term survival of democratic institutions, mere support from the people is not enough; there must be fostered within the country a “mass culture of tolerance, trust, and participatory orientations.” If citizens rank their well-being as relatively high, and if the country is economically developed, this helps, too. He finds that, interestingly, there is no contemporary country in the world where majorities do not view the idea of democracy favorably. However, it is on these other indicators that predictions about democracy can more accurately be made.

It is educational to note that India is the only country from the developing world that has been a consistent democracy over the last many decades. It is especially poignant considering that scholars doubted India could continue its democratic path, not least because of the widespread poverty and illiteracy it faced after independence. Now that India is a dynamic emerging economy, will this portend even better things for its future democracy? A Pew Global Attitudes survey (2017) shows that 83 percent believe the country’s economy is good, and that 76 percent believe that their children’s future will be brighter than theirs.

In terms of reported well-being, one of the indicators Inglehart holds as important, the results are mixed. On “happiness” surveys that are drawn from indices of multiple indicators like GDP, India ranks low. But on other surveys where participants are queried on their own well-being, India ranks high (Cigna 2018 survey).

With regard to democracy itself, the 2017 Pew survey shows that 79 percent of Indians are satisfied with their democracy, with the number edging upwards for supporters of the ruling BJP. Indians seem sold as much on representative as direct democracy, with 75 percent supporting either. But curiously, a majority of all respondents also support rule by a “strong leader” and by the military. The survey further indicates that countries (like India) whose citizens have strong party affiliation (i.e., identify strongly with one of the existing political parties) also tend to support democracy more strongly. In fact, India, along with Israel, showed the least skepticism towards democracy of all the countries surveyed.

There are many cautionary signs—the survey data show Indians worried about corruption, crime, and terrorism. On one of the greatest indicators of tolerance and democratic values according to the Inglehart study—LGBTQ rights—India is woefully inadequate.

But overall, the survey data show a healthy regard, dare we say even a love, of democracy among Indians. I must say that I am not surprised, because even amidst the darkest of times, the communal riots, the hideous crimes against young girls and the gay community, the hopelessness among farmers and Dalits, I always believed that there was something special about Indians and their democracy. And it wasn’t just my feeling; it was also the arc of history. A country that kept its democratic institutions and grew its democratic values amidst the greatest of odds seemed likely to continue to hold on to them.