IndiaScope: The Impact of Kamala Harris 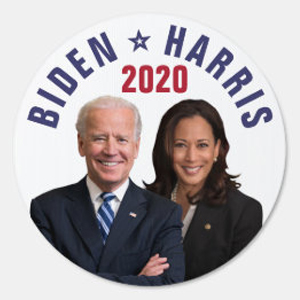 Joe Biden’s vice presidential pick is of consequence to the growing Indian-American community. But will it make a difference when they cast their ballots in November?

Long thought of as being apolitical, the last few years have seen an exponentially greater prominence of Indian-American elected officials and more courting of the community than ever before as it hits a critical 5 percent of the electorate. More significantly, this number tends to be strategically dispersed in several battleground states like Ohio, Florida and even Texas. Historically a community that split somewhat evenly between the two parties, in the last few elections it has skewed disproportionately Democratic. Indeed, in the 2016 election, Hillary Clinton won well over three-fourths of the Indian-American vote.

One would expect, then, that this recent and overwhelming turn towards the Democratic party would only be heightened this time around, with Indian- American pride at the Harris nomination pushing the numbers up. Indeed there have been recent stories showing how Indians and Indian-Americans were delighted to see Harris share the Indian side of her life story, even though her self-identification as an African-American woman remains predominant. But Harris has indeed been more forthcoming about her Indian heritage, showcasing her Indian culinary skills with the popular actress Mindy Kaling and sharing old photos of herself in traditional South Indian attire.

However, politics is never a straightforward equation, and the addition of Harris may not necessarily translate into greater Indian-American support for the Democratic ticket. The biggest reason for this is that Donald Trump has solidified a friendly (one would even say gushing) relationship with Narendra Modi over the last four years. And, as we well know, Modi remains hugely popular in India and quite popular within the Indian-American community as well. If there was any doubt of this, the ostentatious Howdy Modi event in Houston in 2019 and the Namaste Trump visit to India in February of this year are offered as evidence. When it comes to Modi’s staunchest supporters, it is logical to expect higher levels of support for Trump. This is not just because Modi recommends his friend enthusiastically, but because many of the elements that have drawn supporters to Modi—a nationalist philosophy, “traditional” values, a focus on India’s greatness (remember “India Shining?”), identity politics, pro-business policies, a brash and charismatic personal style—are shared by Trump, who matches slogan with slogan: “India Shining” with “Make America Great Again.”

In addition, Trump’s campaign has been building some in-roads into minority communities in the last four years, even while Trump himself continues to alienate a large swath of people with his careless and hurtful rhetoric.

The addition of Kamala Harris on the ticket has also been received with pride and enthusiasm in India, with media carrying reports of her family’s roots in Tamil Nadu. However, in terms of the Modi government, there would be little doubt whom they would prefer in the White House come November. Where the Trump administration has been muted on the more controversial Modi government policies of recent times, from the revocation of article 370 in Kashmir to the beef ban and other policies that have resulted in a rise of religious tensions in India, the Democratic party has been more outspoken.

In particular, the actions of Democratic Indian-American legislators like Washington Representative Pramila Jayapal, who introduced a resolution against Indian actions in Kashmir, have been met with dismay by Indians. Interestingly enough, she has also been condemned in the U.S. for being “anti-Hindu” and anti-Indian by some Indian-American groups. Rep. Ro Khanna of California has also come under fire from Indian-American and Hindu American groups, who protest not only his more progressive economic policies, but also condemn his joining of the Pakistan Caucus in Congress, a move Khanna has clarified was purely to facilitate cooperation between India and Pakistan.

The November election will provide interesting insights into the Indian-American community and its political inclinations—whether their consolidation with the Democratic party will be complete, or whether the results will be surprising..