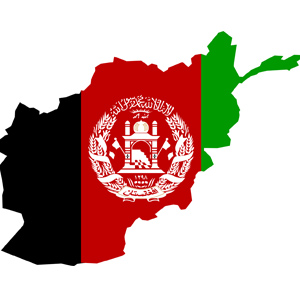 While previous U.S. administrations expressed frustration with ally Pakistan, the Trump administration has made it a “frenemy.” At the same time, Trump has called on India to step up its game as a stabilizing force in the region—and one that could and should play a much larger role in the evolving policy around Afghanistan.

When the Trump administration unveiled its new Afghanistan strategy in August, it was an about turn from what the campaigner Trump had always maintained—that remaining in Afghanistan without a plan for victory was a losing proposition that had already cost the United States immeasurably in lives lost and dollars spent. Underlining a nationalist policy that resonated with his base, Trump reiterated during his campaign speeches that the U.S. should not be engaged in the business of nation-building in war-torn countries, but rather in fixing the lagging economy back at home.

So it was somewhat surprising (although leaks prior to his Afghanistan speech made it less so) when he announced that far from withdrawing from Afghanistan and leaving the country (and region) to its own devices, an unspecified number of American troops would be sent to it to make a difference in winning against extremist groups including the Taliban. Trump maintained that the new policy was in fact a break with the past, since it eschewed the timeline for withdrawal favored by the Obama administration, and instead focused on job completion, regardless of how long it would take. What job completion and victory entailed was left deliberately fuzzy, but it put Afghanistan on notice that business as usual would not do. Critics immediately charged that swapping timeline for job completion was not a substantially different policy, that the relatively small number of troops to be added was insignificant compared to the momentous task at hand, and that final goals were still undefined.

What was quite different in the new Trump plan, however, was the administration’s clear “calling out” of Pakistan more sternly than ever on the country’s inability to rein in terror groups within its own borders. He also assigned blame to the country for its inability to plug holes in terror export-import from Afghanistan.

As expected, reactions in Pakistan and India were quite different. Reception in India was highly positive, with media pundits and the common person alike claiming that India was finally vindicated after decades of struggle with the export of terrorism from Pakistan. Indian social media groups were positively gleeful with delight at the open censure of Pakistan by the President of the United States, something many Indians had long advocated but never expected to happen. In addition, India’s recognition as an almost moral authority in the region—because of its stability and democratic tradition—was extremely well received.

In Pakistan, outrage was muted. The government and citizens seemed to recognize that foreign policy in the U.S. was in a state of flux since the Trump victory. In the somewhat mixed message Trump delivered— recognizing Pakistani assistance and cooperation in providing logistical support to the Afghan strategy, but criticizing them for failing to rein in terror groups— Pakistanis tried to find solace in the acknowledgement that their country had been a faithful partner.

Trump’s speech underlines the solidifying of recently-evolved roles for India and Pakistan in the region, both in American and global eyes. There is continuity with the Obama administration in the special place accorded India in U.S. regional policy. Also evident is the long road the two countries have traveled since the Cold War years (when India was certainly not a U.S. ally) to now being not just an ally but apparently a prized friend. This is the logical progression of the many small and big steps made since the Bush administration’s nuclear deal with India was inked. For Pakistan, the fact that China has been investing billions in the country in the last decade, and thus shoring up its economy, has provided balance. It is an important reason why Pakistan did not panic at the change in American perceptions of the South Asia region in the Trump Afghan speech. The parameters of Afghan policy under the Trump administration are mirrored in hot-spots around the world: some global alliances are definitely changing, while others remain the same.